The Ayurvedic Arsenal For Healing A Torn Ligament 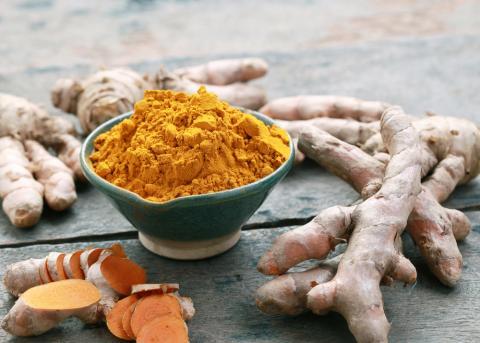 Ayurveda is what I like to call the magic juju for healing body, mind, and soul.

We know it as the sister science to yoga, the natural approach of preventative medicine and holistic health, and directly translated it teaches us “the science of life.” Ayurvedic practices—cultivating harmonious habits in diet and lifestyle—are part of what makes this preventative potion so powerful. However, when it comes to fixing injury, bandaging our bodily problems, and finding quick fixes – we often flee to our Western counterparts. Now don’t get me wrong, if you chop off your finger while cooking some Kichari, Ayurveda doesn’t promise to grow you a new one (at least not in this lifetime). If that happens, high tail it to the closest ER. But what Ayurveda can do is heal the body even if disease has passed the point of prevention.

A Personal Story Of Injury

This is a story of how I healed a torn ligament in my knee, in 6 weeks, with my Ayurvedic cauldron of remedies and a lot of intention. Read on if you’re curious about castor oil wraps, accidently coloring your leg orange, eating an obscene amount of blueberries or learning how to “yoga” without moving.

Picture this: The first snowstorm of the season. A skier and snowboarder collide. Not the romantic kind. A twisted knee. An embarrassing descent down the mountain. Sled-lifted off of a green run (for those non-snow-sporters—green is the easiest route you can take). Suffice to say this may have been the Universe’s way of telling me to slow down. And so here I was, two days before teaching yoga at a new studio and I was immobile.

Then what happened? My knee swelled to the size of a ripe grapefruit and I was sentenced to the couch…which for a yoga teacher, rock climber, pitta-vata personality felt like punishment.

And so the healing magic commenced…

There are perks to living with your Ayurvedic classmate. My roommate immediately whipped up some golden paste—a recipe of turmeric powder, water, pepper, and coconut oil. (The latter two ingredients aid in absorption.)  Turmeric is the king inflammatory fighter—both when applied topically and also when ingested.

And thus, we painted my knee bright orange, wrapped it in plastic wrap and elevated it to decrease swelling. If you’re trying this at home, be warned: you WILL dye your bathtub orange when rinsing, and you will have an orange knee for the remainder of the week.

I put turmeric in everything. Literally everything. At this point I had discovered that my injury was likely a sprain or slight tear in my ligament. My body needed a troop of healers. So I called in the forces:

I ate foods filled with the above, drank bone broth like it was water and indulged in golden milk daily. If you haven’t tried this nectar of healing, I highly recommend it. Golden milk is like chai for Ayurveda nerds. My go-to recipe was hemp milk, turmeric, coconut oil, cinnamon, ginger, pepper, and honey…belly warming goodness.

Week Two. At this point I began to lather on thick castor oil, wrapped it like a burrito in flannel, and topped it off with plastic wrap and a heating pad. These castor oil packs are known to decrease inflammation and joint pain while increasing circulation.

Since this ceremony occurred several times a day, especially in the earlier weeks of treatment, I began to incorporate crystal and gemstone healing as well—sometimes placing specific stones directly on my knee. For me, even the process of sending intention into healing seemed to mend the torn pieces of my body.  When I wasn’t in my leg wrap, I slathered some comfrey salve onto my joint. Comfrey is another one of those herbal super heroes that reduce inflammation and heal pulled muscles or ligaments.

For those unfamiliar with this practice, yoga nidra directly translates to “yogic sleep” but it is far from simply that. In fact, it is a deeply meditative state in which healing occurs across the physical and subtle bodies. More than healing, it is a place in which the practitioner becomes a conscious creator, a dreamweaver, a manifester. Yes, in this practice you create your own reality—one that transcends your nidra state and accompanies you in your waking life. It was here I saw myself healed and whole.

Step Five: Using The Breath To Mend Across States Of Consciousness...Pranayama & Kundalini.

Have you heard of the notion that prana flows where awareness goes? Prana is that life-force present in all living things, that magic essence that has the power to transform, mend, invigorate, and enliven anything it enters. Prior to the injury I was a devout Vinyasa practitioner. Flow yoga daily. Little did I foresee, this injury would invite me to deepen my breath practice and explore new traditions of yoga.

A dear friend and Kundalini teacher began leading me through this tradition. For the record, Kundalini is a very active practice tied with breathing and meditation. However, since he was aware of my injury, he tailored the sequence to include a lot of floor kriyas or cleansing practices. Kundalini yoga works intimately with prana (as does all yoga, but here, I discovered a visceral focus on breath and mantra).

Often when our bodies feel physical pain, tightness, holding, gripping, it is a sign that prana is not flowing freely. And because mind and body are so deeply connected, blockages often require breaking through physical and emotional clutter with the magic of prana. As you could imagine, my knee was in need of a pranic tune-up. And so it was through Kundalini and various pranayama breathing exercises that I began to move prana in my body, to use the breath to sew and heal.

To me, this was paramount. I am a big believer in the power of manifesting—of speaking to the Universe with specificity and intention. I am convinced that the injury was a sign—a wake up call for self-care and self-love, an invitation to challenge negative thought patterns and replace them with positive ones, a welcoming of new experiences and lessons, and a deepening of my personal practices. Seeing life’s challenges through this lens paints more light into moments of darkness.

A last word…every body is different. These were the magic ingredients, the fairy dust, to my healing process. You are your healer and intuition is your guide. Trust.