The History of Holistic Medicine 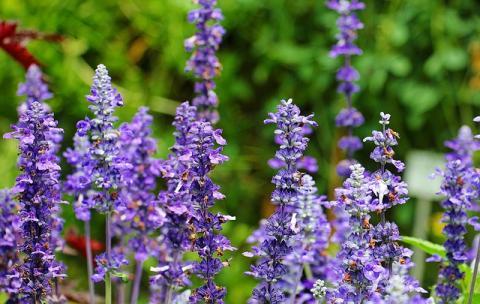 The American Holistic Medical Association was founded in May, 1978, to bring together those few physicians who were open to looking at the whole person—body, mind, emotions and spirit. To some extent, this reflected the foundation emphasized by my medical school Chair of Medicine, Eugene A. Stead, Jr., whose favorite statement was “What this patient needs is a real doctor.” He never defined the meaning but demonstrated it in his teaching.  Listen to the patient!

A thorough history reinforced by an extremely thorough examination is only the basic starting point. Some years ago, an office employee told me that she had been advised by another physician not to work for me because I took too long with patients! Physical, emotional, mental and spiritual issues are involved in every situation. Early in my career I developed in-depth questionnaires for new patients—Total Life Stress, a Total Symptom Index and a Zung test for depression gave me the foundation for additional questions. In 1971 when I focused on working with patients who had made little-to-no progress using conventional medicine, my average patients had failed 5 to 7 earlier operations, and up to a dozen or more drugs which were producing more harm than good. Many had already failed to respond to useless and harmful psychiatric drugs. My average patient had 49 symptoms and a remarkably high Total Life Stress score including chemical, emotional and spiritual issues. And nearly 100% were clinically depressed despite being on antidepressant drugs.

I already had introduced Transcutaneous Electrical Nerve Stimulation, acupuncture and active Operant Conditioning/ Behavioral Modification, progressive physical exercise. In 1972 I introduced Autogenic training,  biofeedback training and Past Life Therapy, along with progressive Physical Therapy, massage and hydrotherapy.  By 1974 I realized that I needed to know much more about psychology so I entered a Ph.D. program in Humanistic Psychology.  I would NOT have taken psychiatric training or conventional “talk psychology” for a billion dollars!! My doctoral dissertation involved clinical application of the most comprehensive Self-Regulation training, as I developed Biogenics.  I learned that patients need to learn to:

For individuals who have not been healed with conventional drugs or surgery, further drugs and surgery only make things much worse!

My dissertation, presented in February 1977, included results in 195 patients treated with our comprehensive holistic approach. Eighty percent of the patients, all of whom had failed conventional medicine, improved remarkably—off pain and mood drugs, marked increase in physical activity, marked improvement in mood, and striking decreases in pain.

By May, 1978, it was evident to me that the holistic model was far superior to conventional medicine for all patients who did not improve within 4 to 6 weeks of conventional therapy! I had met a small number of physicians who were following my unconventional approach and I invited all interested to the founding meeting of the American Holistic Medical Association. 212 people, including some medical students, attended. One of my former neurosurgical colleagues wrote a major editorial complaining that the leaders of the holistic movement spoke too well and were too charismatic. And he concluded, “We are too busy taking care of disease to try to prevent it.”

Within a year Dr. John Knowles, a cardiologist and President of the Rockefeller Foundation, wrote “The Responsibility of the Individual” in which he stated “Ninety-nine percent of individuals are born healthy and become unhealthy because of human misbehavior.” And about that time Dr. Franz Inglefinger, editor of The New England Journal of Medicine wrote that “80% of illnesses are self-limited or not curable by modern medicine.” He went on to say “Eleven percent are miraculously cured; ten percent are made worse. Thus we wind up barely on the positive side of zero.” (Bolding by author.)

The AMA refused to allow ads for the meeting of the American Holistic Medical Association. In 1982, when I was invited by a Springfield, Missouri, hospital to move my practice from Wisconsin to Missouri, the chief of Anesthesiology said to me, “Now Doc, let’s not have any of that holistic crap here.” Despite this resistance, by 1990, major articles suggested that a huge majority of Americans were seeking “alternative” care outside the system. Gradually hospitals began adding a few non-conventional approaches and the Establishment adopted the concept of Alternative and Complementary Medicine. At best it was piece meal and NEVER comprehensive or Holistic!  Eventually the mainstream term became Alternative Medicine, but it, too, is virtually never Holistic!

What is Holistic Medicine? It is a comprehensive approach that includes, especially in acute situations, appropriate drugs or surgery. When that is not curative, the approach MUST include the broadest possible physical, mental, emotional and spiritual tools.

I have finally found the ideal physician to join me and to carry forward the Holistic message, Sergey Sorin, M.D., with whom we have formed