Using Intuition to Heal Yourself 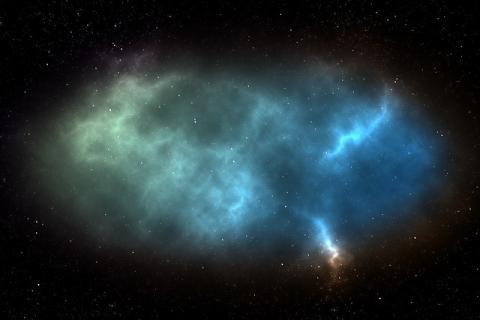 We have been taught to look to others for help, assistance, and answers to almost every issue we come up against in life. In school we were to listen to teachers and principals, at home – our parents, in society: the doctors, politicians, government officials, law enforcement agents and other authority figures. But when were we ever taught to listen to the voice of our own inner wisdom? The result of all this listening without, but not within, is a society wrought with disempowered individuals, weighing major life decisions on the words of someone else. How can you learn to use intuition to heal yourself and transcend the current paradigm steeped in disempowerment?

Nowhere is it more prominent, nor expected, to listen to another person's advice and recommendations, than within the medical and health care industry. In fact, individuals are scorned for discarding doctor's orders to listen to their own inner promptings when they go against mainstream practices. However, who knows better the workings of one's own body more than the one living inside said skin? To profess to know more what another person should do for themselves is, in a sense, arrogant, for every person is a unique expression comprised of individual stories, memories, formulas of beliefs and wisdoms, inherited genetic make up and physical dispositions belonging only to them. Though similar imbalances may occur in one person to the next, the way in which any one person got to where they are and the pathway to healing required is most definitely unique to each individual.

Intuition is a powerful tool that can make all the difference as to whether one heals or continues down the path of dissolution and demise. Tuning into intuition is about listening to the inner voice that tells you if something is good for you or not. It is the innate knowing that is beyond logic, reason or formula. It is meant only for you and can guide healing for your body alone.

If you feel basically disconnected from your intuition, the first step back is to make the intention to tune in.  Say to yourself: “I intend to listen to my intuition from now on.” And with this simple declaration, your intuition reboots and begins to test your truthfulness in the matter. How? Well, the next time you get an intuitive hit your intuition waits...it may be that prompting to “say something” to a stranger walking by, or to get up and move chairs in the room you are in. Intuition always seems silly at first attempt to reconnect. She's testing you to see if you are seriously ready to listen. Are you paying attention? “Do you really want to hear what I have to say?”

After you listen once, and follow through, you may not even know why you had to do the certain thing, but you will know you listened, and so will she – and her voice will get stronger, and more important. This means intuition will assist you in situations where she is really needed – like when that conversation you never would have initiated leads miraculously to your next big career move or love of your life. If you don't listen, you might lose contact with intuition for a bit. She is impatient and does not like being messed around with. If you say you are going to listen, you'd better. Intuition will give you a few opportunities to show that you truly are ready to hear, but do your best not to shirk that tiny little quiet voice (at first) when she pushes you in some strangely uncomfortable way during your re-connection sessions.

Once intuition is mostly established as a viable voice in your head (and let's face it, we are all working on listening more), she will be distinguishable in a myriad of ways, and one of them is in regards to your physical body. The body and intuition are not separate, of course, but simply two manifestations of the same vibration, the same voice – one energetic, one physical. When we tune in we begin to see that intuition uses physical symptoms in order to get our attention. Often times it is our first prompting to reconnect. We may receive a persistent symptom, such as migraines or PMS, back issues or joint pains, whatever it is – I like to look at it as intuition's attempt to get my attention.

The body is an amazing mechanism. Every part of the body system has a metaphysical counterpart that translates easily and can be interpreted as the language of the body speaking to us, once we begin to recognize the messages. For example: the feet represent our ability to move in the world; our hands to reach for things, to grasp, to hold; our eyes to see – or not see; ears – our willingness to hear something. Chinese medicine has, for thousands of years, identified specific organs with emotional counterparts such as the liver with anger and guilt, the pancreas with our sense of “sweetness of life” and the stomach and intestinal tract speaking to us in regards to how well we are able to digest our experiences and receive nourishment from life.

By listening to the language of the body we can answer its call and adjust our diets, behaviors and life choices in order to support healthy living. Intuition in the body looks like knowing that pain is not just a symptom, but also a dialog awaiting a listening ear. When intuition through the body's language is honored and responded to, all sorts of disease and dysfunction can be avoided or corrected.

A Personal Example – PMS and Intuition

I used to suffer from extreme menstrual symptoms and PMS. I thought it was normal to cramp severely, feel bloated, get angry and bleed profusely for 9+ days every month, at varying intervals. I'd often have to pass out from the pain and miss work, school or just life for at least 48 hours before I would find relief. Pain medications helped some, but I was only masking the symptoms and not listening to my intuitive bodily language. Something was wrong, and I wasn't hearing what it was.

Finally, after so many years of struggles and body pains monthly, I began to become aware of herbal medicine and other alternative treatments. It was the first time I had it brought to my attention that maybe my body was out of whack and that I had any power to change it. I began to explore women's communities where honoring the menstrual cycle was explored and I started to see that I had both the choice and the duty to listen to my body – if  I wanted to be healthy.

I made the decision to not take pain medication during my menstrual cycle anymore, and to, instead, listen to what my body was telling me. I endured several very painful months before I got the message that my hormones were out of whack and my femininity was being ignored and not honored. I started feeding myself better, weeding out sugars and dairy and adding hormone balancing herbs to my diet such as red raspberry leaf and nettles. After several months I could tell things were changing.

Journaling became a regular practice for me where I wrote down my emotions and tracked my cycles until I grew in awareness in regards to their connection. I re-attuned myself with the earth, with the moon and stopped hating my monthly cycle. Over time, my cycle shifted, it lightened, shortened and stopped being painful.

Today I have 3-day menstrual cycles that cause me almost no discomfort. I take the time to honor my body and nurture myself around my cycle and find that listening to my intuition was the pathway to healing for me – and so many others I have shared stories with.

I will leave you with one more example of where I have seen the power of intuition in the healing of the body. This story is about a dear friend of mine who was diagnosed with terminal colon cancer. The doctors told him he had two months to live and that his cancer was inoperable. He was devastated and told no one at first. By the time I found out he was one month into what he believed to be his final days. He didn't want his family to know for fear that they would insist he go to the hospital. His intuition told him “no” and he asked me to honor his desire to go through this process quietly.

I was so sad and begged him to try fasts and cleansing practices which I had been trained in. He refused and only asked for my support. After finding himself in the location of his choice, where he felt he could most happily pass away, but with little income to sustain himself, he was offered a room with a like-minded friend. She was healing herself of another illness using a macrobiotic diet. After several days of him staying there, she recognized his body language and energy as that of a man who was given to death and dying. She told him she could not have such energy around her while she worked toward healing and suggested if he wished to stay that he must choose life.

My friend had never thought he had a choice, such was the hushed nature of his intuition at the time. Lucky for him, this sister woke up his inner voice through hers. He knew he would be out of a home and on the street if he didn't do something. In contemplation he found his inner voice and decided, in the matter of a few moments, that he was going to live.

From that time forward he began to eat with her, macrobiotically. He saw his stools change from blood to greens in the matter of a few days and felt his body responding positively to his inner decision and the food. He continued on his path toward healing, which included still isolating himself from anyone who did not believe in his ability to heal. This is what his intuition told him to do – and to this day, he says it was one of the major factors that allowed him to heal.

He also continued to eat a macrobiotic diet, to meditate and to use crystals for healing – as he felt directed to do through his inner promptings. Many people, when becoming privy to his case, tried offering him advice on every level.  But he kept true to his inner voice and did only what felt right to him. Over nine years later, he is still alive and remains cancer-free.

When we learn to honor our inner voice we can use intuition to not only guide our lives positively, but to heal ourselves and stay well. Intuition is our friend, the kind of friend that is long-lasting and loyal as long as we choose to listen to her voice. So if you haven't started to cultivate a relationship with yours, maybe today is the day to begin.

How to Start – A Review:

1- Tell yourself you are ready to listen to intuition

3- Take note when you listened and when you did not

4- Continue to reaffirm your desire to listen

5- Watch how your life unfolds magically through listening to intuition

1- Notice symptoms as a language

4- Give yourself time to adjust to a new reality that includes the intuition (in other words, it might take a minute)

6- Enjoy a healthier life full of bliss and joy