Discover How Foods Affect Your Mood With An Elimination Diet 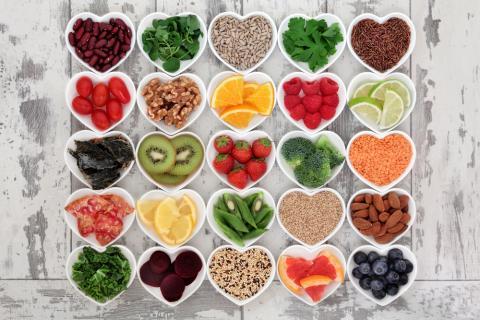 When I started herb school, one of the teachers mentioned having a meltdown the day after eating a pint of ice cream.  She knew it would happen, from experience, but really wanted the ice cream. I remember thinking “Really?  Distraught on the bathroom floor just from eating ice cream?”  Then the class did an elimination-provocation diet, and wow!

What is an elimination-provocation diet?

An elimination-provocation diet is a diet in which certain foods are avoided for several weeks and then added back one at a time to look for reactivity. And, boy, did I react after adding back two of my favorite foods at the same time (not recommended). I had dairy and pasta, in the form of fettuccini alfredo, on Saturday then again as leftovers on Sunday. On Monday, I crashed hard at my cafe…experiencing intense anger and sadness. I kept crying when customers weren’t looking. Admittedly, I’ve been dealing with chronic depression and anxiety forever. But this was something different.  Around lunchtime the lightbulb turned on for me…could this be a reaction to what I ate over the weekend?

I went back off of dairy and pasta then tried again in a week. I had the same response.

I did it again in another week.  Ditto.

Ten years later, I still react when eating either pasta (or bread) or dairy, either individually or together: most recently, after a friend made pasta and garlic bread for us. The next day I felt angry, frustrated, and defeated. I’ll get into what may be going on, physiologically speaking, in a future article on the gut-brain connection.  For now, I’ll simply say that irritability, nervousness, and fatigue are common outcomes of food intolerances, and in my experience, the symptoms can be pretty intense.

What are food sensitivities?

Food sensitivities are not the same as food allergies. An allergy is an immune system-mediated response to a food that happens relatively quickly after eating even tiny amounts of the offending food—at times the reaction is instantaneous. Symptoms can range from stomach upset, diarrhea, or hives to life-threatening swelling of the airways and drop in blood pressure.  A sensitivity or intolerance is often related to the inability of the digestive system to deal with a particular food. The immune system may be involved but in a different way than with an allergy. The response may not be noticeable until a couple days later or it can start shortly after eating a decent amount of the food.

In working with clients struggling with mood, diet is important. Are there lots of processed or otherwise inflammatory foods? Are they regularly eating foods to which they are sensitive? An elimination-provocation diet is a great way to see if aspects of their diet are contributing to unpleasant moods. It’s not that a change in diet is going to cause a miraculous turn around in mood for someone who is has been struggling for a long time, but it may make a noticeable difference. Other methods of testing for food sensitivities are fraught with problems and don’t directly look at the impact of a particular food on mood.

Why just give up one food at a time to find any problem items?  Because reactivity to that food may be masked by sensitivities to other foods that are still in the diet.  For example, someone may give up bread but be drinking beer and eating fried foods frequently. Because they still feel like crap off of the bread, they assume that bread isn’t a problem.

How can I try an elimination diet?

How does one do an elimination diet?  There are a variety of them online. I like the ideas offered by Dr. Liz Lipski.  The basic elimination diet outlined here is modified off one of hers.  You eat the foods on the “allowed” list and eliminate the foods on the “not allowed” list. Then, after 2-5 weeks (I recommend at least 3), you add back one food at a time, eating a good amount of it, and take a few days to notice any unwanted reactions: digestive changes, fatigue, irritability, anger, sadness, anxiety, stuffiness, skin issues, etc. If you react poorly to a food, take it back out and don’t try eating it again for about 6 months—after your gut has had time to heal. (As with me and pasta/dairy, you may not be able to go back on certain foods even after years.) If you feel fine, then the food you just added back is likely not a problem.  If you’re not quite sure, take the food out then try it again in another week or two.

A basic elimination-provocation diet could be as follows. Meals on this diet don’t have to be boring! Spice them up; add the allowed healthy fats and proteins.  Buy a whole foods cookbook to give you ideas.

Foods Not Allowed on Elimination Diet

Hints & Tips for an Elimination Diet