Got Dopamine? Up Your Levels Naturally 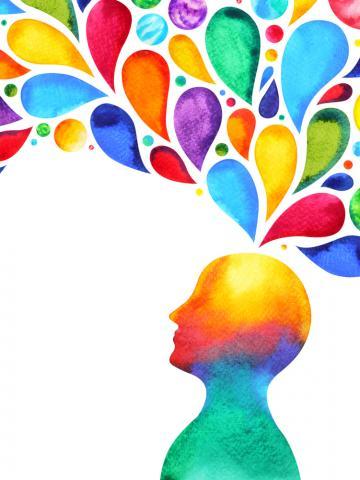 The word “dopamine” gets thrown around a lot these days, especially with the rise of mental illness. After experiencing some depression myself, I decided to do some research on the science behind this neurotransmitter and some ways we can keep our levels in check.

Dopamine deficiency is often classified as feeling unmotivated. You’re not necessarily sad, you just don’t feel as excited about things as you used to, maybe even a little bit numb.

As humans, we are always on the hunt for dopamine—much like an animal is constantly on the hunt for food. If say, you’re a fan of chocolate and you see a chocolate bar—dopamine neurons will start to fire in the brain. Anything that makes you feel accomplished or excited—dopamine neurons fire. Anything that gives you a “Yay, I did it!” kind of feeling will increase dopamine.

So you can see how the down-regulation of dopamine can cause someone to feel hopeless. Dopamine-deficient mice will actually choose not to eat even though there are food pellets on the other side of the cage available to them. These mice just “don’t see the point,” much like a dopamine-deficient human would probably roll their eyes at the thought of exercising or seeing friends. It’s that apathy that translates into depression and it’s usually caused by a change in lifestyle or addiction behaviors like alcoholism, gambling, and yes, even Internet use. These behaviors cause an unnatural surge of dopamine, causing brain receptors to become overwhelmed which eventually causes them to produce less dopamine.

Internet addiction is a hot topic nowadays and I always thought that I was above it, but I’m not above admitting that I’ve fallen victim to the instant hits of dopamine I get from being online. It’s like a virtual world where EVERY question can be answered, EVERY task can be completed, ANY form of entertainment can be found...and it all happens under MY control. After losing my job I was spending more and more of my time looking at “stuff” on the Internet and it became an addiction. I would spend hours online and then look around at my life and wonder why things seemed so grey. I wasn’t able to get that “reward” feeling from my own life and that’s when I knew I had to make a change and figure out this dopamine situation for myself.

Here’s another example of how dopamine can be utilized in a negative way:

An anchor for a major news network developed depression after reporting on the war overseas because once he came home, his dopamine itch couldn’t be scratched. He was surrounded by excitement and drama for so many months, his life could no longer provide for him the high level of dopamine that was once flooding his brain. When exciting times in our lives end, depression often follows and it’s purely caused by chemical fluctuations in the brain.

So, knowing all of this, how can we raise our dopamine naturally?

Whatever it is that gets you going...whether it’s checking your social media, drinking coffee, eating sugary snacks, smoking, online shopping—anything you feel like you are doing in excess and is affecting your life in a negative way is probably an addiction and should be reduced.

Foods like legumes, almonds, bananas, watermelon, beets, leafy greens, and oatmeal all increase dopamine naturally. Get as many of these foods as possible into your diet and you’ll be smiling in no time.

Dopamine runs on excitement, so anything that puts a smile on your face and gives you a sense of accomplishment increases dopamine. A great way to try this out is to write down everything you accomplished today in a journal and give yourself a pat on the back for all that you’ve done. You could also set yourself a short-term goal like “workout for 20 minutes every morning” and mark off on the calendar when you do it. That satisfaction you feel when you’ve done what you set out to do is the dopamine in action.