No Waste Banana Pudding Recipe (And Other Creative Uses For Bananas) 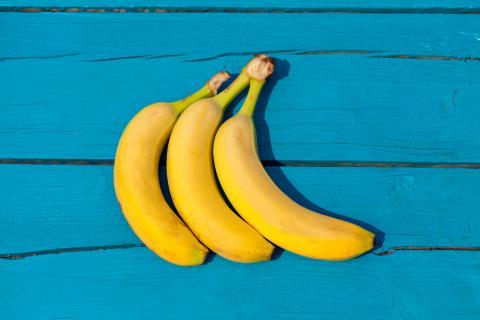 I have to admit: I didn’t think I missed banana pudding until I made this recipe.

I used to eat banana pudding periodically as a child – it wasn’t my favorite, but it made a regular appearance at buffets and church potlucks, so I was no snob to it, either.  It was often simply vanilla pudding served with slices of bananas and those little vanilla wafers; occasionally it was “real” banana-flavored pudding.  I’m pretty sure all of it was made with a little packet of gelatin, though.  And that’s why (before this recipe) I hadn’t eaten it in years.

Gelatin, the main ingredient in Jell-O, puddings, and other jelly-like foods, is made from animal products – it’s derived from collagen from skin, tendons, ligaments, and bones, to be exact.  As a vegetarian, I try to abstain from consuming gelatin (I say “try” because it has a way of sneaking into some surprising foods – like yogurts, ice creams, candies, and vitamins – and companies sometimes change their recipes without warning).  So I’ve passed on banana pudding the last few times I’ve been offered it.

When I ended up with about two dozen bananas (and once friends and family had had their fill of chocolate chip walnut banana bread), I knew it was time I perfected a banana pudding recipe.  Some recipes recommend using agar agar as a vegan replacement for gelatin, but I’ve had pretty bad experiences with that substitute in custard-y pies (like pumpkin).  And most homemade pudding recipes use egg or egg yolks as a thickener and binder, and to add creaminess and richness.  I rarely have eggs on hand at home, so I wanted a recipe that didn’t require them, either.  I settled on cornstarch as a replacement for both the egg and the gelatin (with some butter mixed in at the end for richness).  My first couple of attempts at this recipe were lumpy, though.  (No one wants lumpy pudding!)  And I wanted to make sure there was plenty of banana flavor in the pudding itself (even without layering slices of bananas in it).  The end result has you steeping the bananas in the warm milk to imbue it with their flavor, but then straining them out for a smooth-as-silk pudding that’s far from the neon yellow-colored version of my youth.  To keep the lumps out, near constant whisking when adding the cornstarch is required, but the recipe is a piece of cake otherwise!

Sustainability and wasting as little food as possible are important, so when I was left with the banana mash after straining it out of the warm milk I had to find a use for it.  Mixing it into oatmeal, berry bowls, or rice pudding is easy (and delicious!) enough, but I was really determined to make a vanilla wafer cookie to eat alongside the pudding (I had 4 hours while the pudding chilled to think about this, ok?).  Pumpkin puree is often used as a replacement for eggs when baking – why not banana puree?  And how perfect to use the leftover banana puree from the pudding in the cookie you eat alongside it -- compost the banana peels (or turn them into briquettes for burning) for additional no waste points.

I still had bananas leftover though, so just in case you do, too -- here are some more ways to use up those bananas!

1. Freeze them and make smoothies (lots of smoothies!)

5. Freeze them and make ice cream

12. Dip them in melted chocolate and then freeze them

After steeping the bananas in the warm milk, set aside to use in the vanilla wafer recipe below (or mix into oatmeal or rice pudding).

You can mix in ½ teaspoon of cinnamon and ¼ teaspoon of nutmeg if you’d like, but I prefer to garnish individual servings with seasonings at the end for a dash of color.

1 1/2 teaspoons vanilla extract (or use a vanilla bean)

1 cup whole wheat flour (can use all-purpose instead)