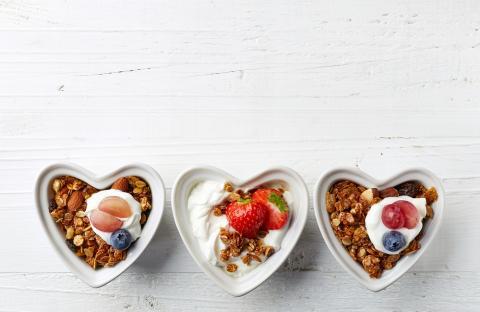 Mental illness can often seem frustratingly abstract. Unlike the flu, a broken bone, or even a paper cut, the physical manifestations of conditions like anxiety and depression can be nebulous, their sources uncertain. Even defining the nature of the mind is a herculean task, which can sometimes make finding effective treatments difficult.

But what if depression had not only physical manifestations, but also a physical source? Would it be easier to treat?

That’s one idea popularized by books like The Second Brain and The Mind-Gut Connection, suggesting that the brain (and possibly the mind as well) is much more connected to the “gut,” our large and small intestines, than previously thought.

The idea that the brain and gut are connected is intuitive, a “gut feeling,” if you will. When we’re nervous or stressed, we often feel it in the pit of the stomach and pay for it in the digestive system. The brain sends a message, and it’s received in the intestines. But researchers are finding that the brain-gut highway goes both ways, and as much as 90% of the neurons in the digestive system send signals rather than receive them. Could our guts influence our moods as much as our moods influence our guts?

The research in this field is still young, but it’s intriguing. The enteric nervous system communicates with both the brain and the billions of bacteria living in your digestive system (we house as many foreign bacteria as we do human cells). These good bacteria help us digest food and fight illness, but Cytowic writes that studies also show that people with “healthy and diverse gut microbes” are less likely to be anxious or depressed.

Researchers aren’t quite sure why this is—these microbes could work by decreasing levels of cortisol, the stress hormone, or, as Justin and Erica Sonnenburg, PhDs, write in their book The Good Gut, they might affect levels of the happiness-regulating neurotransmitter serotonin, the target of Prozac, Zoloft, and most other drugs prescribed to treat depression and anxiety.

In a fascinating study from Ireland’s University College Cork, cited in an article by Dr. Ellen Hendriksen excerpted in Scientific American, mice fed the probiotic Lactobacillus rhamnosus persevered during challenging tasks while those that were not gave up and hung back, the mice equivalents of depression and anxiety, Hendriksen writes.

Hendriksen cites another study, from UCLA, in which women who consumed probiotic-fortified yogurt for four weeks “showed significantly different brain functioning, both at rest and in response to a task of emotion recognition.” The most remarkable finding comes from another mouse study, at McMaster University. Researchers removed all the gut bacteria of both introverted and extroverted mice, then fed the bacteria from the introverted group to the extroverted, and vice versa. “What happened?” Hendriksen asks. “Behaviorally, they swapped personalities. The shy mice became outgoing, the outgoing mice became shy.”

The Power Of Probiotics

Although we’re talking about mice here, the implications are staggering: An important key to our personalities and our dispositions toward depression may reside in the gut. Unfortunately, we can’t entirely control our intestinal microbiome. Hendriksen writes, “What you get from a vaginal birth process, breastfeeding, and the first few years of life pretty much sets your magical mix of gut bacteria by age three.” However, we can choose how we feed our gut bacteria, and this is one of the reasons probiotics are such a big deal.

Foods containing probiotics help your gut flora thrive—you’ll find a list of foods rich in probiotics below. However, Dr. Hendriksen warns that if you have leaky gut syndrome or other intestinal disorders, consuming a lot of probiotics can make the issue worse.

In The Mind-Gut Connection, Dr. Emeran Mayer recommends avoiding processed foods and artificial ingredients, both of which can change the lining of your gut, which in turn keep good bacteria from thriving. Mayer also suggests combatting stress from all sides, since stress affects the gut as much as the gut affects stress levels. Antibiotics can also dramatically reduce the variety of beneficial intestinal bacteria. Additionally, check out these three ways to replenish good gut bacteria.

Prebiotics are less hyped than probiotics, but they’re necessary too—think of them as your bacteria’s favorite foods. These non-digestible carbohydrates feed different types of bacteria, so eat a variety of prebiotic foods to make every strain happy.