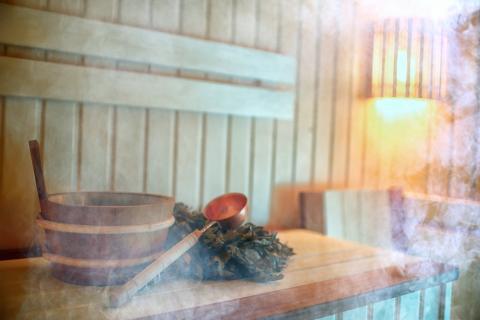 We like to wistfully muse about our lives. To play with the concept of this—literally—self-contained unit of time. This line of thinking has been called introspection, reflection, egocentrism, existentialism…I spent a considerable amount of time inside this line of thinking when I was in school. Whenever I would share my thoughts with friends or classmates I’d inevitably get “whoa, that's so deep man” in reply, and not much else. This irked me to no end. Yet, their disinterest had meaning in and of itself. How was running on this proverbial hamster wheel at all relevant to daily life?

The older we get, the more frequently such lines of thought begin to prod at the back of our minds. The words legacy, longevity, and lifespan visit our thoughts more often. A little scary or a lot scary, depending on who you ask. Of course, we all push against our finite lifespan, to some degree. You can smoke cigarettes and eat McDonald’s for every single meal, and you still probably check for cars before crossing the street. But of course, some want to go farther. Some seek a fountain.

I assert the last bit without irony or humor. Though the fountain of youth is acknowledged as a metaphor, that doesn’t stop many from searching. Billions of dollars a year are poured into research on exactly this line of thinking. Not everyone wants to live forever, but who wouldn’t take an extra 50 years? Or an extra 10?

Yet we all do things every day that are directly contradictory to this idea. It’s very nearly impossible not to. In fact, we still don’t know what a true picture of human health looks like. But we are slowly assembling the pieces. Bit by bit, we’re finding new tools, tricks, hacks, and strategies that push us just a little bit closer to immortality.

One such thing, is not so new, however. A less than metaphorical fountain, depending on its form. Could be a fountain, could be a tent, a pool, or even a simple wooden box. Regardless of the shape, this tool is something of an outlier when you look at the data pulled from the relevant studies.

A hot shower, a sweat lodge, a hot tub, or even a sauna. The last is where most of the research began.

Finland is called the land of a million saunas. Going from a sauna to a plunge in an iced over lake is a cultural tradition—a pastime even. From the steamy depths of a country that has more saunas than people, we find an intriguing new way to live longer and healthier.  There are a variety of benefits your body and mind reap when you spend time in a sauna or other heated environment.  Here are a few.

When you spend time in a sauna or any particularly toasty environment, you start to get a little uncomfortable. That’s usually the thing that will cue you to hop out of the bath, turn up the air conditioning, or exit the sauna. That feeling of discomfort, however, comes from something called dynorphin. It’s essentially the opposite of everyone’s favorite endorphin. While it makes you feel uncomfortable, it does something incredibly curious. It actually makes you more sensitive to endorphins.

Endorphins aren't just for sex, chocolate, and exercise. They actually play a key role in the way our bodies deal with pain and stress. The increase in sensitivity to endorphins helps deal with stress of all types. Rhonda Patrick Harris, PhD, a thought leader in this line of science, started here. As a PhD candidate, she picked up a daily sauna habit. After a few weeks, she noticed that all the stress she was dealing with as a student just didn’t seem so bad.

If the idea of building stress tolerance is interesting to you, you can read more here for a set of tools for resilience, tolerance, and recovery.

The sweet spot for heat is about 180 degrees F. Even at about 20 minutes you begin to see some of the cleansing effects. Beyond just “sweating it out,” your body actually turns on two different systems that help refresh your body. On the genetic end, heat can turn on a gene called FOXO3. Think of FOXO3 as the ultimate antioxidant. It’s our body's natural way of ridding itself of cells that are aren’t functioning in the way that they should. Those malfunctioning cells are a big part of the reason that our body slowly wears out.

In addition, when exposed to high levels of heat, the body begins to produce something called a heat shock protein, or HSP for short. Our bodies run off different proteins telling our cells how to behave. Those proteins all have incredibly specific three-dimensional shapes. Those shapes are how these proteins get their point across (so to speak) to the cells that they are interacting with. When anything stressful happens to the body, these proteins can become deformed. As you can imagine, this is not the best thing for one’s health. HSPs actually prevent these deformed proteins from damaging our bodies by repairing their structure.

Heat exposure has another pretty neat side effect. It boosts the levels of growth hormone that your body naturally releases. And this isn’t the stuff that we’re worried about finding its way into milk, this is the 100% homegrown human brand. Growth hormone amongst other things helps us develop muscle, exercise for longer, and generally have more energy.

This is the stuff that a lot of the hubbub about doping in professional sports is about. Obviously, injecting yourself with anything has a dubious effect on health. Your body has a multitude of pretty sophisticated systems to do everything it needs to on its own. This is one of those systems.

To a greater and greater degree, we are learning that the brain doesn’t differentiate between physical and emotional pain (or stress) as well as we once thought. Not that the brain can’t distinguish at all, but endorphins help out with both. Depression, whether the technical “major depressive” diagnosis or things of a similar stripe, is characterized by emotional pain. One particular study by Dr. Charles Razon showed improvement in depressive symptoms up to a week after just a single heat therapy session.

One particularly meaningful side effect of the heat treatment is your ability to stay mentally sharp for longer. Those who consistently use a sauna have been shown to be a lot less likely to pass away as a result of neurodegenerative diseases—like dementia, Alzheimer's, Parkinson’s, etc. I don’t want to cast that net too wide simply because a lot of the research is still being conducted here.

That said, this could be leading up to a change in the way that our culture treats and handles such diseases. Though the line has yet to be empirically drawn here, one part of this puzzle is inflammation. Inflammation goes beyond a rash, burn, or sore patch. Inflammation is cropping up a lot in recent scientific literature as potentially linked to everything from neurodegenerative disease to depression. Heat therapy is decidedly linked to anti-inflammatory factors in a few different ways. This speaks to a possible connection between the two.

Finally, the fountain of youth-like clincher. All the previously mentioned things add up to some pretty significant numbers—specifically, in one long-term study of 2,000 Finnish men who used a sauna regularly. Those who spent at least 20 minutes in a sauna, 2-3 times a week, were 24% less likely to die of cancer, heart disease, neurodegenerative diseases, and respiratory diseases—basically anything that’s not accidental. That’s in comparison to non-sauna users, even controlling for lifestyle differences. For the 4-7 times a week sauna users, that number went up to 40%.  Given the rising rates of all varieties of diseases, those numbers speak volumes.

For anyone interested in the nitty-gritty science, I’d check out Dr. Rhonda Patrick’s podcast with Joe Rogan as a relatively easily digestible, but more detailed look at this topic. To get a little more complex, check out Patrick’s talk at the 2016 biohacker summit. Or if you want to go all the way down the rabbit hole, she does a video series on her website with various research scientists.