Yoga For Kids: More Than Asanas 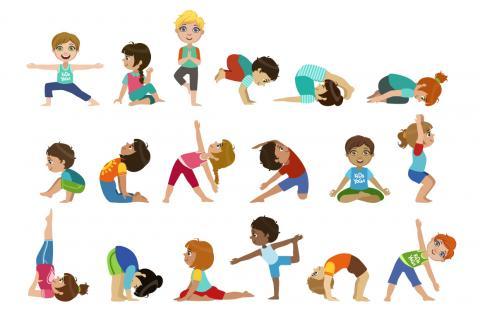 So how young a kid is too young for yoga? Well if your little one can follow basic instructions, and loves to groove with you, then you should start yesterday already!

Practicing yoga is awesome for anyone to become holistically and wholesomely fit. And with this, we mean physically fit, mentally calm, physiologically balanced, and spiritually rich. When it’s such a good thing for adults, why do we wait to teach our children this amazing life hack? Many experts agree that yoga practice should begin at the formative years—this helps them to grow into well-balanced and healthy adults, instead of trying to fix their health issues with yoga at a later stage.

How old should kids be before they learn yoga?

There are some yoga teachers and gurus who can actually teach kids younger than three years even—and there are Facebook videos and posts supporting this as well. But usually kids that young do not follow instructions, and getting them to sit still is a task in itself. Some other gurus believe that the magical age to teach kids yoga is when they become eight and there is a reason for that too…

In traditional India in the olden times of the gurukul and the Brahmin training, children would have their thread ceremony (upanayanam) when they turned eight. At this time, their yogic training would begin, as would their knowledge of mantras and rituals. Eight is when “childhood” ended, and children would be packed off to traditional gurukul for learning and education. With the Western schooling concept now followed in India, all this changed pretty fast and kids are usually put in preschool between the ages of three to five—so learning starts pretty fast.

According to medical science, eight is actually an important milestone for children because the number of air sacs in the lungs stabilize at age eight; after that, they merely grow in size but not in number. This is why after age eight, pranayama is introduced.  Plus, many yoga experts do state that practicing yoga early on delays the onset of puberty by a couple of years so, in a way, yoga is great for letting children be children that bit longer. That said, schools in India are incorporating yoga from preschool on, so it’s good to let your kids try yoga while you do your practice. But you have to involve them in different ways as per their ages. Here go some tips and tricks!

Kids this age are full of infinite energy (I’d know, I have two of them!), so yoga for them has to be energetic enough to wear them out for a last bout of relaxation…Here are some tips:

Shaping The Yoga Into Something Deeper: Ages 8 to 12

So we’ve reached the magic age of eight—and this is where things can get a little more serious with yoga poses, but still the fun-but-not-childish zone. Between the ages of eight to twelve, before puberty hits, children develop enhanced motor skills and are also more aware of their bodies.

Teaching yoga to kids can be a learning experience for you as well, and you don’t have to be formally educated for that. As long as you don’t push the children too much and have been a yoga disciple for years, imparting that knowledge is akin to spreading some love. Namaste!