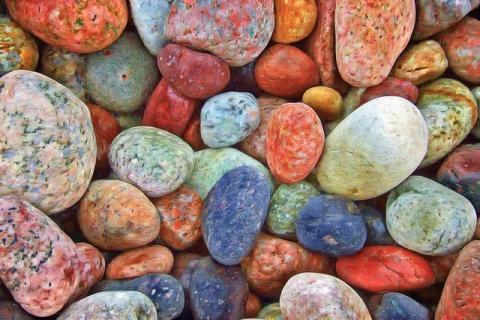 Hindu and Buddhist thought are based on a different set of assumptions than the Semitic religions. One major difference has to do with the meaning of rituals. A ritual in the Vedic traditions (Hindu and Buddhism) is spiritual because it demands mindfulness. In the developed world especially, rituals often lose their spiritual meaning and decay into meaningless routines.

Routine is an avenue for mindlessness to enter our lives. When we execute routines, we often don’t need to think or really be aware at all. In such moments, distractions can easily arise, take hold of our minds, and lull us into a kind of perpetual daydream. Thus, routines can be a way to sleep through life.

Sleeping through life might seem unproblematic for some people. Life may be, after all, nothing more than a dream within a dream. We even tranquilize ourselves with a vast industrial complex of pharmaceuticals in order to remain asleep. However, a somnambulant life can seem meaningless and unfulfilling, which means it can be a source of dissatisfaction, unhappiness, and suffering.

Today, the western world supports a culture of routines. We get up in the morning, drink our coffee, inundate ourselves with information (much of which is destructive), and attempt to survive. We often repeat this cycle mindlessly, and such mindlessness can seep into our spiritual lives.

The Vedic traditions prescribe mindfulness as a remedy. However, the meaning of the term “mindfulness” can be difficult to interpret through a lens of Western culture. What, so often, is referred to as “mindfulness” in Vedic thought is much more than a principle based in awareness. Awareness is, in a sense, the first step and the last step; however, “awareness” as an English term in a western culture often connotes a mental state rather than a daily practice. Traditionally, mindfulness is the cultivation of a careful practice.

Mindfulness is not so much a state of mind as a way—in the sense of Taoist thought. It is a daily practice.  Ideally, mindfulness opens us to the importance of all of our thoughts or actions and how they play into meaning in our lives. In a manner of speaking, every day is a piece of the mosaic of our life, and each moment of the day shapes that piece. Mindfulness, then, is the vigilant practice of maintaining awareness of the influence of the moments of our lives on the overall mosaic.

However, simply maintaining awareness of the nature of our lives cannot bring lasting fulfillment or meaning. There seems to only be one universal solution to finding lasting fulfillment and meaning. In all of the great world religions, from ancient times up to today, the only real path to finding happiness and meaning in daily life is through the genuine expression of compassion for others—not as a routine, but as a daily ritual.

ALL ARTICLES BY Rory Scot