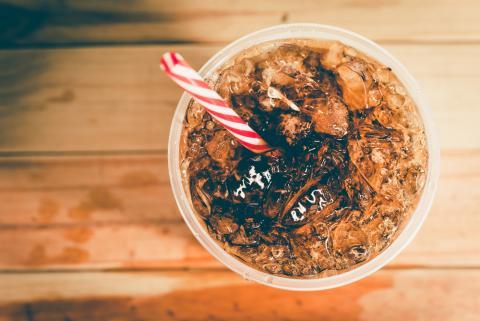 If you’re following a strictly plant-based diet, you’re probably aware of how difficult it can be to decipher whether or not a packaged food is vegan. Many people assume that products that don’t contain meat, butter, cheese, or eggs are surely vegan; however, unfortunately, it is much more complicated than that.

There are countless ingredients that are presumably vegan-friendly, but are always or sometimes can be animal derivatives. Needless to say, it’s both overwhelmingly confusing and deceiving. I’d suggest that beginner vegans get used to reading allergy listings because they’ll usually let you know if a product contains milk and some other non-vegan ingredients. Also, plant-based ingredients rarely have much cholesterol (less than requires labeling), if any at all. So, nutrition facts labels depicting the presence of cholesterol are most likely going to be on a product that isn’t suitable for vegans.

Whether we like it or not, contacting companies with foods containing iffy ingredients is inevitably a vegan way of life. Luckily, there are numerous resources out there which compile a lot of the ingredient dos and don’ts and make the vegan lifestyle just a bit easier. If you’re interested in purchasing foods that aren’t certified vegan, check for these common ingredients that are or could be sourced from animals!

This coloring agent is often present in sodas, and usually derived from corn. However, sometimes, it’s made from cane sugar, which typically isn’t vegan. To be sure, contact the company!

Casein is a milk protein that is sometimes present in cheeses that appear to be vegan. Super sneaky, right? A former vegan coworker of mine used to buy an almond-based cheese that listed casein as an ingredient. Leave it to me to be the bearer of bad news.

Confectioner’s glaze, or resinous glaze, is made from shellac, an insect secretion. Check shiny candies for this rather unappetizing ingredient. On the other hand, carnauba wax, which is in many vegan candies, comes from leaves (much better, in my opinion).

Many vegans are surely already aware of this gelatinous trick. Gelatin is a collagen protein from animal bones and the like, and is notorious for being the gelling agent in Jell-O and marshmallows. Recently, I discovered that it’s present in some peanuts. Yuck! A good vegan alternative to gelatin is agar agar, a seaweed extract.

Glycerin may be made out of animal fats, and is in most tubes of toothpaste. Look for vegetable glycerin, which is safe for vegan consumption.

Lanolin is a fat from sheep’s wool. So just avoid that one.

These are a tossup. Mono- and diglycerides are used for emulsification, and can be sourced from either animals or plants. Again, call up the company! I’ve seen them listed as ingredients for numerous food items, including bread, pasta, and peanut butter. Some companies specifically label their mono- and diglycerides as vegan.

I really hate this one. What does “natural” even mean? It could mean pretty much anything that’s not artificial or synthetic. Both animals and plants are technically natural. I think food companies use this umbrella term to keep their money-making recipes somewhat secret. In other words, you’ll have to inquire for yourself. Bummer.

In the U.S., the sugar industry tends to refine its cane sugar with animal bone char. If you don’t dig that, opt for organic sugar, beet sugar, agave, or corn syrup.

This vitamin is often sourced from animals. You’ll have to go straight to the source to find out about this tricky one.