10 Uses for The Agave Plant You Probably Didn't Know 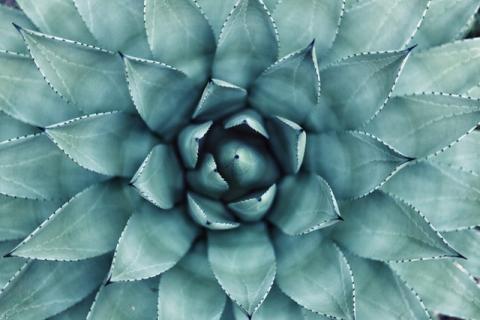 Agave is an astounding plant that is native to Mexico and the southwestern United States. Its name is derived from the Greek “agavos” which translates to “illustrious.” It certainly was illustrious for the Aztec goddess Mayhuel, as for her it represented a symbol of longevity. It is an ancient plant with a rich history; however, today, it is most commonly associated with tequila. While tequila is one of its uses – specifically blue agave -- agave can do much more than make liquor.

Often referred to as a Century Plant, there are over 100 species of agave and many ways in which it can be used. From food to fiber, Native Americans have long been utilizing the plant in its entirety. Masters at eliminating waste, the Native Americans came up with some clever uses for the agave plant, some of which are still around today. From sweetener to tattoos, here are ten uses for the amazing agave.

Vegan? Don't worry, agave has you covered. Many of you may have already tasted the sweet nectar, and have a jar on the shelf. A natural substitute for honey and refined sugar, this plant is an awesome substitute. In order to extract the sweet nectar, the leaves are cut to reveal the core. It's the core – or pina – that the sap is extracted from, then filtered and heated to break it down into sugar. This in turn leaves us with sweet agave nectar.

Careful with portion control: it is sweeter than your average tablespoon of sugar – about 1.5 times sweeter. It does, however, have a low glycemic index, which means it won't cause your blood sugar to spike. It is also gluten-free.

Constipation, jaundice, dysentery, scalp infections -- all of these illnesses and then some have been treated by the healing powers of agave’s roots, sap, juice, and leaves. Agave has anti-inflammatory and antiseptic properties, allowing it to heal wounds, burns, and skin irritations. Agave has also been used in treating toothache. A gum made out of the roots and leaves can be applied to an aching tooth to soothe the pain. In ancient Mexican folk medicine, agave was even used to cure snakebites!

If you find yourself smelling after wandering through the desert, maybe you should find some agave. Another use for this versatile plant is in soap making. The leaves and roots contain saponins, which can be made into a cleaning agent. By using an extract from these parts of the agave, soap can be made. Agave is one tough, sharp sucker though. Don't let the spine prick you!

If you want to know more about natural soap making, check out some more plants that can be turned into soap here.

Now this is pretty cool. Before modern day needles and ink, agave was known to be used for tattoos. The thorn tip is perfectly sharp and pointy, making an excellent needle. But what about the ink? Agave has that covered, too. The leaves are burned and then ground into charcoal. This provides the ink source. Better than the idea of a needle and chisel, that's for sure!

Speaking of needles, the agave leaf is a natural sewing kit. When carefully removing the thorn at the end of the leaf a few feet of fiber remains intact. You can remove the thorn by pounding the leaf until soft, and then scraping the leaf until the fiber and thorn can be removed. The fiber acts like thread, and the thorn like a needle, allowing you to patch up whatever needs fixing. Careful: agave plants are known to cause a skin rash when coming into contact with bare skin. Wearing a thimble or perhaps a glove may be a good idea, just in case.

Another use Native Americans discovered for agave is making rope. Burning the leaves until charred and then soaking them in water is one method. Another is to boil the leaves for a very long time. When done either charring or boiling the leaves, remove everything but the fiber. The fibers left can be wound into a rope.

Don't have a green thumb? Drought killing all your plants? Well, do we have the solution for you! Thriving in desert terrain, these plants are low maintenance, which makes it a great plant for those that don't have a green thumb. Needing lots of sun and requiring very little soil, agave plants not only looks cool, but they are an excellent landscaping choice for those who live in a dry climate. Rather than spending money and precious resources on keeping a lawn green, plant some cool agave plants instead.

Flowers, stalk, and the root of agave are all edible. Traditionally, Native Americans roasted the agave leaves in pits. The process was long and intensive, usually taking a couple of days. The agave was a staple as it could be ground into a powder and stored for years. In times of a food shortage this came in handy. Nowadays, agave is more commonly consumed in the form of agave nectar and tequila.

Like papyrus, agave has been used to make paper. According to Scientific Americana, “the agave holds the place of Asiatic hemp and Egyptian papyrus. Ancient hieroglyphics were inscribed on the leaves, macerated in water and glued together as the bark of paper mulberry.” Peeling the leaves and allowing them to dry is the simplest method in which paper is made. Another is from the waste created by making tequila. The leftover fibers can be use to make a pulp, and thus, paper. While the quality produced may not be your standard printer paper, it sure is a great way to utilize waste.

Nothing is more primitive than making fire. So it would make sense that this is another use of the agave plant. The flowering stalk as wells as the hearts are good burning material and have been used in fire making.

While present day mostly associates agave with tequila as well as a sugar substitute, it has a long rich history of ancient uses. Proving itself to be a useful tool, it's not hard to see why it's a coveted plant. If you're interested in planting your own agave, it is best to be in a dry, warm climate. As with most succulent plants, agave thrives in well-drained soil - like sand - and loves lots of sun. When first planting agave outdoors, water it for about four days during the first month. After that, agave only needs to be watered about once a month. Whether you plan on planting agave for landscaping, or decide to utilize it for one of its many other uses, the agave is a truly amazing plant to have around.