Small Animal Pets For Better Health & Wellbeing: Which One Is Right For You? 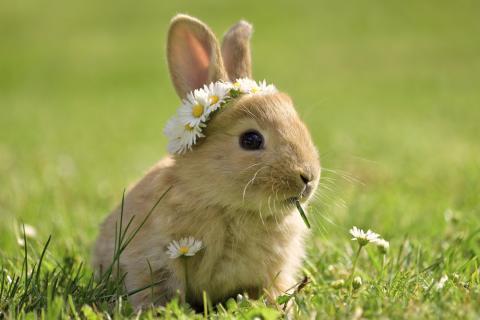 Pets are wonderful additions to households that can offer love, time, and the financial responsibilities that come with caring for an animal, but the love they can return is ten-fold. Therapy animals, which include both pets and animals that are trained as therapy animals (which requires a more extensive training background, including certified coursework and certifications), can improve social behavior and skills, reduce pain and anxiety, and help ease depression. While most therapy animals are dogs and cats, small animals can provide similar benefits with less cost.

What are small animals?

Small animals typically include rabbits, guinea pigs, hamsters, mice, rats, gerbils, chinchillas, and ferrets. These animals are generally easier to care for than cats or dogs, requiring less space than their feline or canine counterparts. That said, all of these animals need stimulation in their daily lives. For animals like guinea pigs and rabbits, for example, this can come in the form of human contact—including petting or cuddling—which benefits not just the animals but person, too.

What are some benefits of small animal pets?

A 2015 study conducted in several cities (Perth, Australia; San Diego, California; Portland, Oregon; and Nashville, Tennessee) studied the difference between pet owners and non-pet owners. Pet owners were significantly more likely, as the study stated, to get to know their neighborhood than non-pet owners. While the study examined mainly pet owners with dogs, small animal owners increase their chances of social relatedness by connecting with other small animal owners, vets, and friends who take an interest in their pet or help to bridge the social gap.

Additionally, small animals can have many of the same benefits that larger animals, like cats and dogs, can. While small animals might not be the answer for those looking to boost their daily exercise (dogs are probably a better choice, in that case), small animals may help those on the autism spectrum. A 2015 study at Purdue University demonstrated that “children with autism spectrum disorders are more eager to attend, display more interactive social behavior and become less anxious” when playing with guinea pigs at school, as this article in Psychology Today explains.

Teachers who have brought small animals, like guinea pigs, into their classrooms, often note an immediate difference in their students’ empathy. Early studies, like this 2014 study, concluded that including animals, specifically guinea pigs, in primary school classrooms can aid social functioning in students.

Animals matter, too. Do they benefit from human interactions?

It’s worth considering how small animals are impacted, too. Luckily, as research in this field expands, so do studies that look specifically at how small animals may fare. A 2018 paper, published in the Journal of Veterinary Behavior, looked at the effects of animal-assisted activities on guinea pigs, as this article states. While guinea pigs were given the choice of hiding or retreating—which is necessary for them as prey animals—guinea pigs tended to choose to interact with their human companions, thereby enriching their lives.

Other small animals, like rats and ferrets, may not enjoy living with other animals, but depend on daily human interaction. Most, in fact, will develop deep bonds with their humans. Knowing how much time you can devote to your small animal will determine which pet is right for you.

What small animal pet is right for me?

The biggest aspect to consider when looking to adopt a small companion animal (outside of finances) is time. How much time are you willing to devote to your small animal friend? How much time can you afford to spend? Some animals, like mice and hamsters, don’t require as much time, which is often why they make great pets for children who may not always have the discipline to spend the required hours with their pets. Mice and hamsters can receive mental and physical stimulation with in-cage wheels, tunnels, and other enriching activities.

Rabbits and guinea pigs, on the other hand, need daily interaction and require much more space. These animals regularly live up to 10 years, whereas hamsters typically live up to two. How many years of companionship and care can you afford?

How do I adopt a small animal?

While pet stores may be tempting, I encourage you to visit your local humane society. Most shelters adopt out small animals on a frequent basis, and volunteers who have been trained in proper animal care can help determine what animal is right for you. Even small animals, like guinea pigs, should be taken to the vet for a check-up after adoption. Many of these smaller creatures can develop problems due to neglect or simply a lack of knowledge from previous owners, like overgrown teeth or nails, that can quickly grow into far bigger health concerns.

Treat your small animal like you would your cat or dog and you might be surprised at the bond you develop with your new friend—and the benefits that may come.

Have you ever adopted a small animal? How has your furry friend helped you? Let us know in the comments below!