What Is Functional Movement? 3 Moves To Try 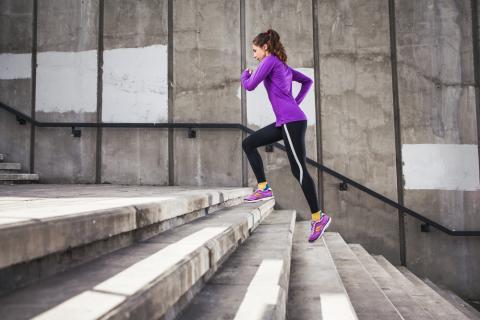 In recent years alongside the Paleo diet, there has been a fast-moving trend toward its exercise complement, Functional Movement. Crossfit is one of the biggest names in the Functional Movement world and indeed, the fitness world as a whole. However, there still seems to be a disconnect for many when it comes to understanding what Functional Movement is as its core.

What is Functional Movement?

By definition, Functional Movement is based on how one’s body was intended to move in real-life situations prior to our modern, sedentary lifestyles. With a focus on bilateral movements with multiple joint involvement, Functional Movement is concerned with strengthening the body’s musculature and moving without pain. The biggest distinction, I think, between Functional Movement and a traditional gym workout is requiring multiple muscle groups to work at the same time. This is important, as your body is designed to work as one unit, not as individual parts. While training a specific muscle group at one time has its merits, such as in injury recovery, Functional Movement creates a stronger, healthier body where various muscle systems work together at once.

So, do you have to become an avid weightlifting nut in a Crossfit gym to experience a Functional Movement workout? No. Again, Functional Movement is based off the work the human body was made to do in nature for survival. Lifting heavy things is certainly one of the key tenets of Functional Movement as that was something our ancestors, even not so long ago, encountered on a daily basis. However, there are an array of other movements you likely haven’t done since you were a kid playing outside that fall well within the classification of functional movement.

If you find you hate running or that it puts too much strain on your body in longer sessions, try sprinting. Sprinting creates a cascade of feel good chemicals in the brain while utilizing the entire body at a high energy output. Instead of focusing on total calories burned, sprinting focuses on what the body can do in a short amount of time. While you can practice this movement nearly anywhere, some ideal locations include school tracks, treadmills, and paved trails. You can kick up the intensity by trying to sprint on unpaved trails and uphill. Other benefits of sprinting include building muscle, improving quality of fast-twitch muscle fiber, and enhanced protein synthesis pathways.

Many holistic doctors will tell you the benefits of rebounding, which is jumping on a trampoline. Jumping, including rebounding, cleanses the body’s lymphatic system as it switches the traditional body movements from just downward and into the ground to both downward and rebounding up. Not only does jumping get internal juices flowing, it also strengthens your joints and their surrounding musculature to create better, longer term stabilization and strengthens bones with the vibrational impact felt throughout the skeleton. However, if you have joint issues, it may be wise to sit this one out. You can of course jump anywhere but some ideal spots include trampoline gyms, boxing gyms (jumping rope is an art there), and parks. Jumping can also offset long periods of sitting better than standing and improve balance.

As anyone who has ever had to get their cat out of a tree can tell you, climbing is a full body workout. This is personally my favorite of the three. If you don’t have a climbing gym close by or are tentative to try a full rock climbing experience, you can try bouldering or simply climb a tree. Even on mild hikes, it’s easy to find places to go climb off the beaten path. Not only do you feel like a kid again, your entire body gets stronger. The added benefit to climbing is that your brain gets a workout as well. By performing bilateral movements where both hemispheres of the brain and body are working in tandem, you might even get a bit sharper, too. Other benefits of climbing include improved cardiovascular health and stress reduction.

While Crossfit and gyms like it all around the world are a great fit for some, it is certainly not the only way to have a Functional Movement workout. Incorporating simple movement practices like the three laid out above can be done anywhere, for free and outside. At first, it may feel unnatural or silly but just remember that there is nothing more natural than moving your body the way it was made to be moved. You also get the added benefit of sunshine and you may even enjoy feeling that sense of childlike play that gets lost too often in so many of us. These super simple and natural movements may help you get out of that fitness rut that so many of us fall into. One of the pitfalls of modernity it seems is the overcomplicating of everything. So, instead of choosing between a popular dance workout or an expensive Pilates class, try switching up these three movements or creating a series of them on your own time.

ALL ARTICLES BY Amber Hayes