5 Ways Music Can Make You A Healthier, Happier Person 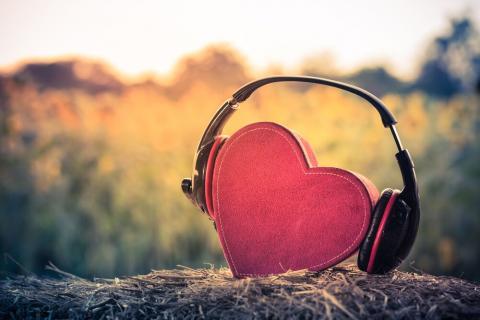 Our lives are intertwined with music; the time you had your heart broken, the day you walked down the aisle, the shocking call you took in the middle of a grocery store that was playing a Green Day song. Many of the most momentous occasions of our lives are marked by music, and we use them in many ways depending on our mood. Need to study? Turn on something classical. Ready to dance? Hip-hop fits the bill. Nostalgic? Turn on 60s, 70s, 80s, or 90s, depending on the decade you were born.

It’s not surprising that music matters to most people. What might be shocking, however, is how music can actually make us healthier, happier, and even fitter people. Here are five reasons to turn on the tunes.

My husband swears by listening to music when he works and, unlike me, he can listen to everything from classical to dubstep without losing concentration. I’ve argued that music makes me work less, but research proves otherwise. In fact, several studies suggest that music actually increases one’s productivity.

A 2005 study found that quality of work was lowest when no music was played in the background, and that music in the background resulted in enhanced design and a more positive mood. Of course, not all music works for every task. For writers like myself, music with lyrics can be highly distracting, as this article points out, since it’s akin to holding two different conversations at once—the one going on inside your head as you write, and the one blaring song lyrics in the background. For writing-based work, try classical work; for repetitive tasks, try electronic or dubstep; for cleaning, washing, or other home-based work, try blasting musicals or favorite sing-alongs to have fun.

No, music won’t physically get you to the gym or tie up your running shoes, but it can help you work harder and your perceived effort feel easier. A 2017 study suggested that music helped lower perceived exertion; if running normally feels difficult, listening to music as you run can make it that much easier. As David Roche, a running coach and ultra-runner explains, “Essentially, music provides a distraction from fatigue.”

The key is to find dissociative music, so now probably isn’t the time for that melancholy ballad. Instead, look for music upwards of 160 bpm; these often include up-beat pop tempos and mixes.

Butterflies before a big presentation? Nervous about a first date? Listening to music can help calm your brain and even affect major vitals. A 1992 study performed on myocardial patients documented decreases in heart rate, respiratory rate, and anxiety when they were subjected to music. Similarly, a 2010 study on elderly dementia patients noted a decrease in anxiety when listening to music. Next time you’re anxious, turn on the radio to relax.

The lullabies that were sung to us as children weren’t for naught; after all, there’s a reason most kids fall asleep to the sound of their mother’s voices. Listening to music before bedtime can make for faster, and sounder, sleep. A 2005 study showed longer sleep duration, better perceived sleep quality, less sleep disturbance, and less daytime dysfunction when the study’s subjects listened to 45-minute sedative music tapes before bedtime. It’s important that this music be calming, however. Save the techno for your workout and say yes to your favorite lullabies instead.

There’s no benefit to listening to sad music when you’re sad—or is there? Most of us reach for the saddest break-up songs we know when we’re going through a break-up, and while it might seem like an ironic choice, it’s actually the perfect move. A study titled “The Paradox of Music-Evoked Sadness: An Online Survey” looked at those who listened to sad music during states of distress and reached some surprising results: sad music has beneficial emotional effects. Those who were currently struggling or were experiencing sad emotions reacted stronger to sad songs; they were more empathetic to what they were listening to and, ultimately, felt a sort of release at being able to connect with that emotion. Next time you’re sad, rather than reach for a tub of ice-cream, reach for the ballads.

What has music done for your life? What songs do you listen to when you’re working or working out? Comment below!