How To Do Recovery Right—& 3 Things Not To Do 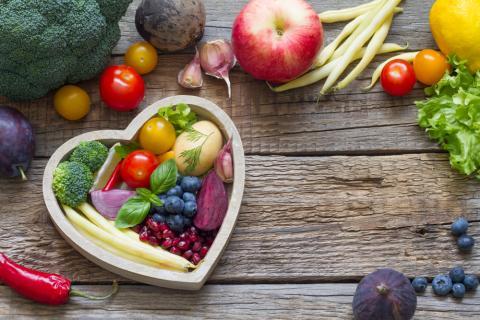 Icing may help with acute pain, but recent research confirms that icing actually reduces inflammation—in the case of injuries, this can actually be detrimental long term. In fact, many of these methods actually hinder blood flow and prevent the body from healing itself. Not sure what you should be doing for recovery (and why) and what you should avoid? Here are the best holistic recovery tips to try—and the ones to avoid.

Icing is, perhaps, the most well-known tool to deal with acute inflammation, which includes everything from bruises to sprains. While ice can do a decent job at reducing pain associated with these injuries, long-term healing is generally stopped. In her latest book, Good to Go, science journalist, Christie Aschwanden, explains that icing can suppress inflammation. As Aschwanden writes, “Whether you’re icing an injury to reduce swelling or cooling a sore muscle to tame inflammation, the approach won’t work…because icing merely slows blood flow to the area.” Aschwanden cites several studies to back up this claim, including a 2006 study that compared the training effects of limbs subjected to ice baths and limbs left alone. “Over the course of the four to six weeks of training,” Aschwanden explains, “the cooled limbs made fewer improvements than their counterparts that were spared the cold plunge.”

While ice baths are more likely to delay or halt recovery, choosing to ice during peak training weeks or during competitions or events can be useful. The idea, however, is to choose wisely. Getting in the bath and covering yourself in a bag of ice after every run? Probably not the smartest way to recover (or enjoy your post-run bliss).

Hydration is important, as water is utilized in every system of the body. When we exercise, we lose water from sweat, hence the reason why sports-specific fluids are often pushed as the antidote to dehydration. Don’t get me wrong—hydrating properly is essential to your health, but most suggestions to drink so many ounces of water per time spent exercising are far too high, even during hot, humid days.

Hyponatremia is a dangerous condition in which the sodium concentration in one’s blood is greatly reduced, caused by an excess of water. Unfortunately, this can lead to death. A 2017 review published in Frontiers in Medicine looked at research done in the field of exercise-associated hyponatremia (EAH.) Drinking beyond thirst is concluded as the primary reason for this issue, regardless of the physical activity being performed—which includes everything from an afternoon hike to a long-distance race. Of note, women and slower individuals tend to be at higher risk for developing EAH since they may spend longer amounts of time on course during a race.

Avoid drinking much beyond thirst, even when exercising. That said, don’t skimp on water, but drinking beyond comfort is a serious issue that can be hard to recover from, and in some cases, can even be fatal.

Many of us may recall gym classes that began with a series of static stretching exercises. “Touch your toes!” The teacher may have requested after having spent the previous few hours seated in a chair. Static stretching, despite its popularity, is not a good way of readying muscles for exercise, especially pre-activity. In Good to Go, Aschwanden looks at a 2011 Cochrane review that analyzed twelve studies of stretching. As she quotes, “The evidence from randomized studies suggests that muscle stretching, whether conducted before, after, or before and after exercise, does not produce clinically important reductions in delayed-onset muscle soreness in health adults.” In other words, static stretching isn’t worth your time or, as Ashwanden reviews in another study, may actually reduce your running economy.

This doesn’t mean that all stretching is bad. Dynamic stretching—in which the body is actively moving through ranges of motion—is a great way to warm-up muscles and prevent injury.

This doesn’t mean that recovery is bogus. In fact, there are several key elements that can help your athletic recovery in addition to boosting your overall wellness. Here’s what to try:

When life gets busy, sleep is often the first activity to get cut. Skimping on sleep has serious consequences and affects everything from physical performance to memory to the immune system. Most people require 7-9 hours of sleep, but you can find the time you need by going to bed at a reasonable time (for most people this is between 9 and 10 p.m.) and allowing your body to wake up, rather than setting an alarm.

Despite nutrition companies telling us otherwise—and when not bombarding us with the latest must-have protein shake or ketogenic diet bar—eating well is a lot less complicated than we think. The idea that your body needs a high dose of protein with some carbohydrates following a high-intensity strength session, for example, was popularized in the 1980s, but has since been debunked. In fact, in Good to Go, Aschwanden explains that rather than a 30-minute anabolic window in which to re-fuel, we actually have an anabolic barn door.

Undereating can be a serious problem, and even those without a history of eating disorders can be susceptible. “There’s now compelling evidence that undereating can seriously impair recovery and adaptation and may lead to long-term health problems,” says Aschwanden. Instead of focusing on calories, fill up your plate with whole foods like vegetables and fruits, lean proteins, complex carbs, healthy fats, and foods—like maybe dark chocolate or a homemade cookie—that satisfy your sweet tooth once in a while, too.

Sleeping and eating enough are the two most underrated ways to recover, and don’t require spending more than your monthly rent on fancy supplements, cryotherapy, or compression gear. Next time you’re tempted to buy into the claims that any one product will make you faster, stronger, or leaner, remember that hard work—coupled with the right recovery methods—is the easiest, cheapest, and most holistic way of treating your body right.

What recovery methods do you use on a daily or even monthly basis? Have you ever fallen victim to marketing claims that promise more results? Let us know in the comments below!