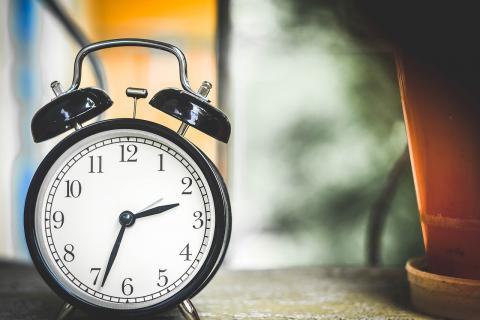 Certain topics will always be divisive: politics, medical marijuana, school uniforms, and animal testing. Among this list is daylight savings, a seasonal time change that the United States, among other countries, mostly in North America and Europe, use. First put into practice by a small town near Thunder Bay, Ontario, in Canada, in 1908, it was originally used to reserve fuel in the evenings. While farmers, among others, protested the nationwide practice of Daylight Savings Time (DST), the bill ultimately won out, resulting in springing forward an hour in March, and falling back an hour in November.

Unless you happen to live in Hawaii or Arizona (in the United States), or Saskatchewan and a few regions of British Columbia, Nunavut, Ontario, and Quebec (in Canada), chances are you’ll have to deal with DSL, regardless of your sentiment towards it. Rather than sulk, use these tips to make the most of your time. You might just come to love it.

Take advantage of daylight savings time with these tips

For those who avoid waking in darkness at all costs, the chances of ever catching a sunrise are, well, none. Take advantage by waking at your normal time and getting to watch sunrise. Do you normally wake at 7 a.m.? Once daylight savings starts, your 7 a.m. will now look like 6 a.m., at least for a few days. Make plans to watch the sunrise from the top of a trailhead, or simply cuddle up with a cup of (mushroom) coffee and view dawn from an east-facing window.

You know exercise is good for you, and while you might be less than tempted to jump out of bed now that your morning looks even darker, you can take advantage of the extra hour of light to go for a run, take your pooch for a long walk, or enjoy a bike ride at dusk. Longer afternoons mean time to get outside after work and before dinner, a clear division that’s not otherwise seen in winter.

Believe it or not, a study published in The MIT Press Journals detailed a 7% reduction in crime following the shift to DST, thanks to the extra hour of sunlight in the evenings. Use this to your advantage to go for a run or walk past the hours when you might normally feel safer thanks to more visibility in the late afternoon and early evening hours.

While farmers and easy risers might disagree with DST thanks to diminished morning visibility, it’s hard to argue with safer driving. A 2004 study demonstrated a 13% reduction of pedestrian fatalities (from drivers) if DST was adopted year-round.

Have you noticed a trend in this list? An extra hour in the evenings mean more opportunities to get outside, enjoy a barbecue, grab a meal al fresco…anything but spending time inside, watching Netflix or whatever you might find on television.

Just to be clear, not everyone is a fan of DST. In fact, I’ll admit that despite all of the potential benefits, I’m still dubious. As a morning person, I miss my extra hour of sunlight for pre-dawn runs, but as long as DST is around, I need to make the best of it. Use the tips above to make Daylight Savings Time something manageable—and maybe, just maybe, something to look forward to.