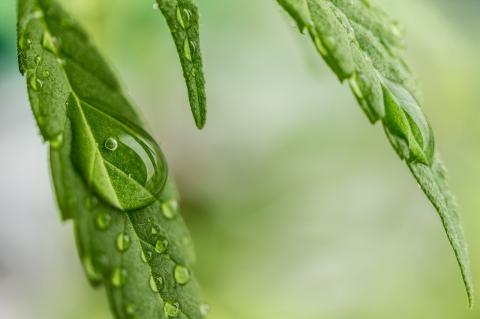 Most of us have seen the horrors of cancer. We understand cancer ravages the body while exhausting the mind and spirit. Sadly, treatments for cancer often cause as much suffering as the disease itself because we can’t kill cancer cells without killing healthy cells too. This means patients endure disabling side effects in a bid to save their lives. Often treatments cause permanent damage.

One of the scariest aspects of cancer is it can strike anyone, of any age, at any time. More than 1.6 million people in the US are diagnosed with cancer every year.

But what if we could grow a holistic treatment that eased cancer symptoms? An all-natural medication that also relieved the side effects that cancer treatments cause? What if this medicine even showed anti-tumor properties, fighting the disease itself?

Some are surprised to learn that such a treatment does exist. Sadly, in many places, it’s still illegal, and in other places, it’s ignored, due to the mark of shame surrounding it. Cannabis, or medical marijuana, is an all-natural medication offering remarkable relief for a multitude of cancer-related symptoms. Medical marijuana also relieves many of the devastating side effects that accompany cancer treatments.

The History of Medical Cannabis

For centuries, cannabis was appreciated as a versatile medication around the world. The use of medical marijuana has been documented in a variety of cultures. The medicated flower was even found in the 2,500-year-old tomb of a Siberian breast cancer patient. In fact, until 1937, marijuana tinctures were widely available in US pharmacies. Then the plant was outlawed with NO legitimate medical research and at the protest of the American Medical Association.

How Cannabis Can Help Cancer Patients

One of marijuana’s most famous effects is appetite stimulation, aka the munchies. Adequate caloric intake is essential when the body is battling disease. Unfortunately, cancer patients are often underweight when they begin treatment. Tumors absorb massive amounts of glucose and nutrients, causing unintentional weight loss, one of cancer’s most well-known symptoms. The side effects of cancer treatment further contribute to inadequate nutrition by causing nausea, vomiting, and a lack of appetite, often related by dysgeusia (a persistent bad taste in the mouth). Cannabis is the ONLY anti-nausea medication that can increase the appetite. Cannabis also shows promise battling dysgeusia. Being unable to eat isn’t just a physiological problem. It also affects a patient on a psychosocial level because social events are often structured around food.

Pain also has damaging psychosocial effects; it doesn’t just exhaust patients, it prevents people from engaging in life. Cancer pain is difficult to manage because a variety of factors contribute. The pain is often caused by a combination of inflammation, nerve damage, muscle spasms, and bone pain. Nerve pain is notoriously difficult to treat and cancer pain is frequently resistant to traditional medication. Marijuana has exhibited unexpected pain relieving qualities when inhaled, consumed orally, applied topically, or via a mucus membrane. Not only is marijuana an excellent analgesic on its own, but it also acts synergistically when combined with opiates, intensifying the pain relieving qualities. This combination has allowed patients to reduce their dosages of opiates, eliminating side effects such as constipation, depression, fatigue, and anxiety.

What many don’t realize is sleep has a significant impact on pain levels, and simultaneously, pain levels impact sleep. Patients often become engulfed in an endless cycle of the pain worsening sleep and a lack of sleep increasing pain levels. Cannabis can help break this cycle. Not only does it have analgesic qualities but it’s also exhibited powerful sleep-inducing effects.

Poor sleep also contributes to depression and anxiety. Cancer patients are already high risk for developing anxiety and clinical depression. Poor sleep increases this risk. Anxiety and depression are often experienced as a symptom of cancer, and both conditions are potential side effects from many of cancer’s treatments. But depression and anxiety are also expected human responses from people who are fighting for their lives. It’s a scary experience, contributed to by grief, as many patients lose their careers, hobbies, and dreams while fighting this disease.

Cannabis can function as a powerful anti-anxiety medication, but research on cannabis as a treatment for depression is unclear. Many studies show marijuana may improve depression, and anecdotal evidence supports this, however other studies suggest cannabis may worsen depression. The varied results may be related to the differences in marijuana strains. Cannabis is available in thousands of different plant varieties, called strains. Each strain has a different chemical makeup and thus can produce a variety of effects. Some strains ease anxiety, yet other strains might worsen it. The challenge is further complicated by the fact that every human can react differently to the same strain. A strain that eases me to sleep could make the fella next door paranoid. Which is why professional guidance is recommended.

Cannabis-induced anxiety is the most common adverse reaction to cannabis. Panic attacks are noted less often, but the experience is more frightening. Cannabis-induced panic attacks often deter patients from ever trying cannabis again. Panic attacks are usually caused by overconsumption, which is easy for novices to do, especially with edibles. Severe panic can make someone think they’re dying, however, no one has ever died from a cannabis overdose.

It’s important to note that medication interactions are rare with marijuana; however, they are possible. Medical marijuana should be used under the guidance of a licensed health care provider experienced in cannabinoid treatment.

There are numerous anecdotal reports about cannabis curing cancer. Laboratory research based on animal models and cultured cancer cells is promising and supports marijuana’s anti-tumor properties. But there are no clinical studies yet, so there is NOT enough evidence to recommend cannabis as a front-line treatment. However, when used in combination with evidence-based treatments, medical marijuana can help battle cancer and reclaim the mind, body, and spirit.

ALL ARTICLES BY Jessie Gill