The Problem With Factory Farming 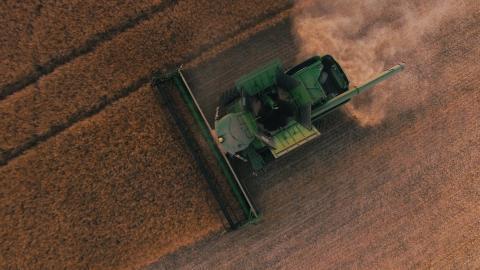 There's an old saying: "If factory farms had glass walls, everyone would be vegetarian." That's because the abuse and torture in factory farms is completely unbearable and unacceptable. Pigs, cows, chickens, fish, and other animals suffer miserably on modern farms. Most people like to believe animal farms are idealistic pastures where the animals are allowed to roam free, play, and eat healthy meals. This is wrong: Most animals never see the light of day because they're closely confined in waste-filled sheds and locked in cages so small they can't even turn around. The sad truth of the matter is these animals have no rights, and that's only the start of their problems. Here's why factory farms are a problem, and what you can do to help fix it. Just be warned: The truth is not pretty.

In a factory farm, animals aren't killed humanely after leading a good, full life. There are a lot of terrible things that happen to them even before they're killed. As mentioned before, animals are often kept in cages so small they can't even turn around. "Cage free" isn't necessarily too much better, though, because all that means is they're overcrowded and overstuffed into a dark, waste-filled shed with hardly enough breathing room. As if that weren't bad enough, animals are mutilated on a constant basis: They get their tails cut off, their teeth clipped out, and their beaks and horns seared off with hot metal blades. If that sounds heartless, it only gets worse: Workers will also abuse the poor animals even further, taking it upon themselves to kick, punch, or whip animals to move them around animal sheds. This is especially true for any sick or injured animals that simply do not want to move in the first place. Unfortunately, these animals are denied any veterinary care. If an animal is too sick or injured to move, it is left to die a slow and painful death. Those that remain fairly healthy aren't exactly lucky either though: They've been artificially bred to grow very fast. This causes a lot of problems for the animal, like crippling leg problems where they can barely walk or stand upright, or heart attacks at just a few months old. The ones that actually survive all this don't get a reward: They're sent to slaughter and killed while still fully conscious by slitting their throats or shooting metal rods through their brains.

Animals are viewed as commodities

Clearly, animals are regarded as a commodity—something to produce and sell. It's sickening to think about, since these are living, breathing creatures that are actually quite docile. The problem is, there's a high demand for meat, which means animals have been crammed into smaller and smaller spaces as the amount of animals needed to sustain business rises. Because of this, factory farms cut costs to turn a bigger profit, resulting in more animal abuse. Since there are no laws protecting farm animals, factory farms can pretty much do whatever they deem fit to them. Thus, they're treated more like an object than a living being.

Humans and the environment are affected too

Factory farming hurts more than just animals—it hurts us and the environment, too. For one, animals are often fed a diet they're not genetically designed to eat. As an example, cows are fed a diet of milled grain, corn, and soybeans, when they should be eating grass. In addition, hormones and antibiotics are added to the food, making it far from natural. The reason for adding these is to bulk up the animal (hormones) and to combat the spread of Salmonella E. Coli from existing unsanitary conditions in the factory farm (antibiotics). Antibiotics and hormones fed to animals aren't good for humans either: Eating the meat or by-products of an animal who has ingested them can cause serious health risks. Also, feeding the animals hormone and antibiotic ridden food eventually turns into a bigger problem when their manure is put into the ground. Since there's nowhere for the manure to go (there's no pasture to absorb their waste), the manure is liquefied. It literally gets flushed out into an open lagoon, where it's stored until farmers can use it on the few crops they do grow (which isn't many). On a traditional, sustainable farm, you grow both crops and animals on a pasture. This isn't typically the case with factory farms, so any crop growth is limited and taken up by the building that is housing the animals. Unfortunately, there's usually so much manure that it gets sprayed into waterways and creeks. The lagoons are also known to leak, seep, rupture, and overflow. To make matters worse, this stuff is untreated. These cesspools cause serious harm to the environment and human health by simply existing.

What you can do to help

If you feel utterly disgusted with factory farms, you should. But don't be discouraged: There's a lot you can do to make things better. Here are a few simple ways to help animals, humans, and the environment—all at once. 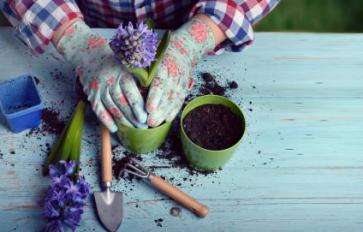 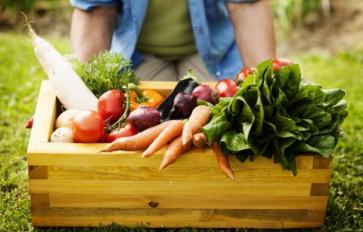 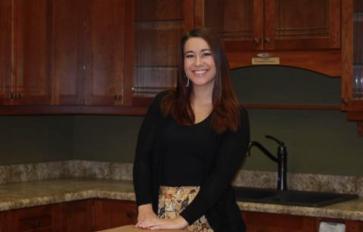 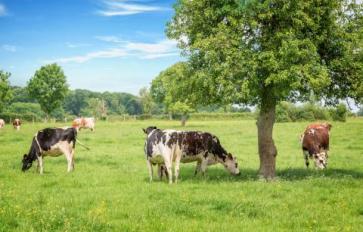