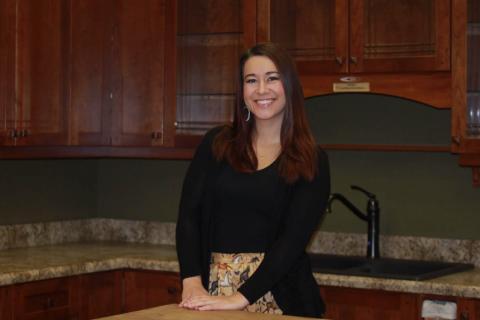 Are you interested in eating in a way that nourishes you, others, and the planet? If so, the food sovereignty movement is for you. This movement recognizes that food is about more than just physical sustenance; it’s about people, the planet, and nourishing the soul. I recently had the pleasure of talking with food sovereignty champion Mariah Gladstone, who is actively working to restore and advance Native American foodways. Here’s what she had to say about food sovereignty, how you can get involved, and traditional Native American foods.

An Interview with Mariah Gladstone

SL: What is food sovereignty and how does it differ from food security?

MG: Food security is essentially a legal concept, whereas food sovereignty is a political one. The definition of food sovereignty that I use is “the right of people to healthy, affordable, and culturally appropriate food, harvested through ecologically sound and sustainable methods.” For Indian nations, it’s the capacity to produce the resources needed to feed our citizens without relying on external aid. Food security has traditionally been about consistent access to food and does not encompass agricultural policies or trade concerns. You’ll notice that it makes up the first part of the food sovereignty definition. While one cannot have food sovereignty without security, there are other components at play that are vital for healthy food systems.

SL: Why is food sovereignty an important issue for all of us?

MG: Everyone has to eat; we all deserve food that nourishes our bodies and spirits. This means that we need both access and control of the systems that regulate production and distribution. Beyond that, relying on others to feed ourselves creates a power dynamic that can be exploited. When tribes were cut off from their traditional foods, they were forced to rely on government rations. The U.S. government used this position to manipulate tribes into unfavorable agreements, cutting off food aid until they got what they were seeking. Absent this corruption, there is still potential for harm. One only needs to look to the uncertainty of SNAP benefits during the government shutdown to recognize why food sovereignty is critical.

SL: And even for those who have access to and can afford fresh food, there’s still the issue of harmful pesticides, which in my mind is another time of colonialism: the corporate kind. What are some small (and large) steps we can all take to move toward food sovereignty?

MG: The ability of one person, family, or organization to build this capacity depends on a lot of factors. Beyond the simple factors of financial resources and time, these systems also depend so much on location (both urban/rural as well as climate). That said, gardening can be a great way to grow what you want and gain access to an organic food source. If you don’t live in a place where that’s feasible or don’t have the resources, there may be community gardens that you can volunteer at in exchange for produce. I’ve also seen CSAs (Community Supported Agriculture) that reduce the rate of their subscriptions for those who can work for a couple hours every week. Additionally, if you live where it is safe, hunting and fishing are also options, as well as a (limited) amount of foraging. Big things? Completely overhaul the food system. The system currently exploits the labor of poor workers, uses agricultural methods that destroy valuable prairie ecosystems and drains the soil of nutrients, and is rife with huge inefficiencies.

SL:  Tell us about some of the work you’re doing to advance food sovereignty.

MG: I currently run a business called Indigikitchen which is dedicated to teaching folks how to prepare foods using traditional Native ingredients. Through that, I make cooking videos, teach classes, and speak about the history of our dietary overhaul and Indigenous food revitalization. Beyond that, I’m currently on the board of the Native Youth Food Sovereignty Alliance (NYFSA), which provides training to young Native leaders around the country, specifically to help bolster the food and agriculture sectors in our communities.

SL: What are some Native American foods you’d like more people to know about?

MG: I don’t think the average person realizes just how many foods we eat originated in the Americas. Corn, beans, squash, tomatoes, peanuts, pecans, potatoes, quinoa, chia, sunflower seeds, amaranth, chiles, maple syrup, and bison were all important to people living around North and Central America. However, there are also a number of foods that are now lesser known, including wild rice, acorns, prickly pear (nopales), spruce tips, wild turnip, bitterroot, and many, many others.

SL: You see nopales here in the southwest in Latino communities, but for the most part, people aren’t aware of how nutritious they are. There are so many delicious looking recipes on Indigikitchen. I’ve got my eye on the white bean coffeecake, and I can’t wait to see what you do with spruce tips.

Mariah Gladstone grew up in Northwest Montana near the Blackfeet Reservation. She graduated from Columbia University with a degree in Environmental Engineering and returned home where she continues to work on food advocacy, including developing a pre-colonial cooking show called Indigikitchen. She is currently a Robert Wood Johnson Foundation Culture of Health Leader. You can learn more about food sovereignty and follow along with her on Instagram and Twitter @mariahgladstone and at indigikitchen.com.