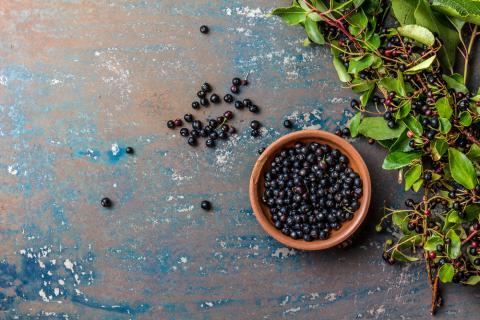 Superfoods are ubiquitous within the health food world, but it’s often difficult to discern the difference between kale or blueberries and hemp seeds or cacao nibs when we’re talking about nutrition. The easy answer? They’re all healthy, and each of these foods are superfoods in their own way.

For the purposes of this article, we’re going to define superfoods as foods that are packed with vitamins, minerals, and antioxidants. While many of us are aware of nutrient-packed chia seeds, dragonfruit, pine pollen, and maca, there are still many foods that go undiscovered, even in the health food world.

Here are five superfoods that you haven’t heard of—yet:

Lucuma is a fruit, though you won’t often find it in this form. Instead, it’s becoming readily available as a powder or as a superfood added to smoothie mixes. In its original form, it looks like a mango with golden flesh that tastes not dissimilar to a sweet potato. By itself, the texture is similar to a hardboiled egg, which is where its secondary name, egg fruit, originates. In Peru, where it’s most readily found, lucuma is well-loved and used as a sweetener. Need more reasons to try it?

Try adding it to smoothies, soups, yogurts, cereal, or in almond milk lattes.

Like lucuma, maqui berries originate in South America where they’re harvested from evergreen trees that grow near the Andes Mountains. Also known as wineberry, thanks to their purple-black flesh that comes from anthocyanin pigments, maqui berries are sweet and packed with antioxidants.

Currently maqui berries are not cultivated, but collected, both for their taste as well as their nutritional benefits:

Like lucuma, maqui berry is available as a powder, but can also be found as a capsule, juice, or in its whole form. Add the powdered or whole-food variety to yogurts, smoothies, or cereal.

Mesquite is common in the southwest U.S. where its wood is favored for its smoky-sweet aroma. Mesquite grows abundantly throughout the southwestern United States and into northern parts of Mexico where it prefers a hot, dry climate. Mesquite is most often used in barbecue, but as its nutritional values have become better known, it’s easier to find it as a health food powder or even sweetener, thanks to a rich, caramel-like, spicy flavor. Mesquite’s benefits include:

I love the taste of mesquite in smoothies and drinks but some may find the taste overpowering. In that case, try using it in baked goods, similar to how you might add cinnamon. Mesquite flour is now available, too, making it a good substitute for almond flours and other gluten-free flour blends.

Mulberries aren’t just for the birds, although that’s typically where they’re found. Mulberries grow on evergreen trees where they ripen as red or white berries. Of the superfoods on this list, mulberries might just be at the top for me, thanks to their availability. In the summer I’ve seen them sold at farmer’s markets (and just as quickly sold out), and watched as orioles gorged on the mulberry trees, ripe with sticky-sweet fruit. If you get the chance to taste them raw, count yourself lucky: they’re made into everything from jams and pies to wine and tea. More recently, they’re often found in the bulk bin of health food stores or already added to trail mixes. Along with their deliciously sweet taste, benefits include:

Golden berries are usually found dried and added to trail mixes. It’s typically hard to find them raw, but some specialty grocers may sell them.