4 Harmful Effects Of Light Pollution & 10 Ways To Reduce It 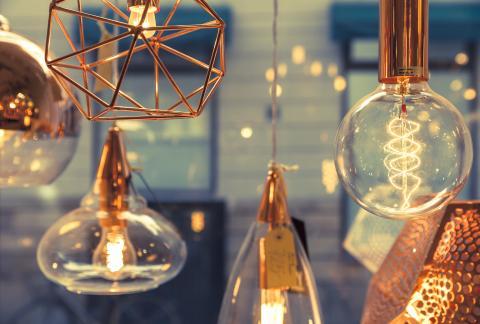 Air pollution, water pollution, and even noise pollution get a significant share of environmental news coverage, and rightly so: research indicates that everything from allergies and stress to cancer and, of course, global warming, could be mitigated by decreasing the pollutants we introduce into the environment. With stakes so high, it can be hard to take this fourth category of pollution, light pollution, seriously. Is light really a pollutant, comparable to ozone, carbon monoxide, or sulfuric acid? In the quest for a purer world, have we taken the idea of pollution too far?

According to the International Dark-Sky Association (IDA), no, we haven’t. The organization defines light pollution as the inappropriate or excessive use of artificial light at night and exists to advocate for the protection of dark skies and to make the public aware of the ways that too much light can affect our health, our safety, and the environment. Check out some of light pollution’s harmful effects, below, then scroll down for ways you can decrease this often-neglected form of pollution.

If you’ve ever Googled “insomnia” in the middle of a sleepless night, you know the light from the screens of televisions, computers, and cell-phones negatively affect your ability to fall and stay asleep. Our sleep-wake cycle, or circadian rhythm, gets its cues from light (especially blue light, the kind emitted from the midday sun and most tech devices) and its absence. Artificial light throws off the circadian rhythm, hindering the body’s production of melatonin, the hormone that makes you feel sleepy, and without enough sleep, our memory suffers, we’re more prone to disease, and our bodies don’t heal effectively. Studies even show that driving drowsy is as dangerous as driving drunk.

Unfortunately, our attempts to make our home lighting more environmentally friendly may be hurting our sleep. Harvard researchers caution, “Those curlicue compact fluorescent lightbulbs and LED lights are much more energy-efficient than the old-fashioned incandescent lightbulbs we grew up with. But they also tend to produce more blue light.”

While blue light exposure at night is the worst for sleep, all light has a stimulating effect. Harvard sleep researcher Stephen Lockley notes that even eight lux, a brightness level exceeded by most table lamps, can interfere with melatonin secretion.

While famous for its sleep-inducing effects, melatonin is vital for many bodily processes. The IDA website notes that “it has antioxidant properties, induces sleep, boosts the immune system, lowers cholesterol, and helps the functioning of the thyroid, pancreas, ovaries, testes and adrenal glands.” The large number of body systems affected by this hormone may be one reason studies show that nighttime sources of artificial light increase the risk of obesity, diabetes, depression, and breast cancer. Although a 2016 study out of Oxford questions the link between night shift work (and consequent artificial-light exposure) and breast cancer, other reviews of recent findings voice the need for more research into the correlation between nighttime artificial-light exposure and cancer development.

According to research collected by the IDA, about 21 million tons of CO2 are emitted each year to power residential outdoor lighting in the U.S. That’s the equivalent of the CO2 emissions of 3 million cars, and it would take the annual planting of 875 million trees to offset those emissions. Due to poorly aimed and unshielded fixtures, about 30% of outdoor light is wasted, diffusing into the sky rather than on the ground where it’s needed. And we’re not only wasting energy: The nation loses about $3.3 billion per year from inefficient lighting.

Just as artificial light can damage human health, it also puts at risk the healthy functioning of amphibians, birds, mammals, insects, and plants. Animals and plants have evolved to respond to the earth’s rhythm of alternating light and darkness. The brightening of night skies, a phenomenon called skyglow, confuses the routines of wildlife and endangers their ecosystems.

According to scientist Christopher Kyba, quoted on the IDA site, “the introduction of artificial light probably represents the most drastic change human beings have made to [the] environment” of nocturnal animals, who spend their nights hunting and mating. Predators with eyesight adapted to work best in darkness may be sensitive to skies that are hundreds of times brighter than a hundred years ago, and prey are more vulnerable to nighttime predators without dark skies to hide them.

Glare from artificial lights has been shown to disrupt the mating activities of frogs and toads and make navigation difficult for migrating birds, who use starlight and moonlight to chart their course. Glare can also distract sea turtle hatchlings, who, instead of following the bright horizon toward the ocean, crawl in the opposite direction toward city lights. The IDA notes that “in Florida alone, millions of hatchlings die this way every year,” and each year “millions of birds die colliding with needlessly illuminated buildings and towers.”

Light pollution also negatively impacts insects, which, in turn, affects all the species that rely on them for food and all the flowering plants that they pollinate. Firefly numbers are declining because fireflies need a dark environment to communicate with their bioluminescent light, and scientists in Switzerland found a decrease in insect visits of 62% in lit meadows, as compared to meadows without artificial light.

But Outdoor Lighting Keeps Us Safe…

For those who worry that less outdoor lighting poses a safety risk, the IDA has collected data that indicates that while outdoor and street lighting may make us feel safer, it doesn’t deter crime or decrease the number of traffic accidents. A study from researchers at the Illinois Criminal Justice Information Authority actually found a correlation between brightly lit alleyways and increased crime. Just as prey is exposed by bright skies, lights may make victims more visible targets.

What You Can Do About Light Pollution

1. For your sleep health, avoid blue wavelengths of light, the kind that makes you more alert, at night. Yes, this includes all your technology (consider a tech detox!) and energy efficient LED lightbulbs.

2. The Harvard researchers recommend shift workers wear glasses that filter out blue light (they cost $40-$100). The researchers also note that cheap sunglasses with an orange tint are good at blocking blue light, but they also block other wavelengths, making them impractical for use in most work environments.

3. While many sleep experts recommend shutting down all technology an hour before bedtime, the Harvard researchers suggest avoiding bright screens two to three hours before bedtime. They recommend using dim red lights at night. If your computer screen is unavoidable, consider an app to filter out blue and green light—I like f.lux. Apple devices using iOS 9.3 or higher have the pre-installed app Night Shift, and Android users can use Lux.

4. Your neighbors are trying to sleep, too. If you have outdoor lights, the American Medical Association recommends shielding outdoor light fixtures and using lights with a 3000K color temperature and below both indoors and out. The IDA notes that “all packaging for new CFL and LED light bulbs provide color temperature information.” The lower the color temperature, the better for nighttime use. Warm-white bulbs are often a safe bet.

5. Don’t use lighting where it’s not necessary, both inside the house and out.

6. Install motion detector lights, lights on timers, and dimmers to save energy and lower your monthly bill.

7. Draw your blinds to keep light inside at night.

8. Outdoor lights should be shielded and directed down toward where the light is needed, not out into the sky. Efficient lighting provides the same amount of illumination on the ground as inefficient lighting but significantly cuts energy use and cost.

9. Watch the 6-minute film, “Losing the Dark” to learn more about light pollution.

10. The IDA suggests becoming a citizen scientist by helping measure light pollution in your community.