The Best Teas for Your Dosha 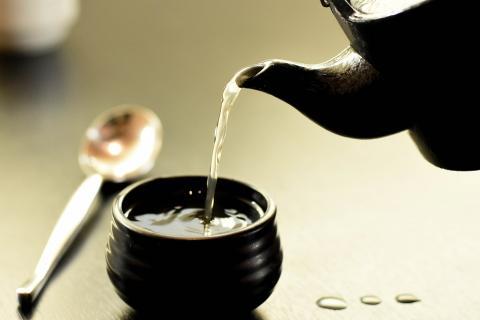 Tea is one of the most consumed beverages in the world, and its popularity in America seems to continue to rise. The thousands of tea varieties available, from traditional caffeinated teas to herbal infusions, can make choosing one overwhelming.

According to the dietary ethos of Ayurveda, an individual’s dosha, or prevailing energy type, can help you wade through the choices to find the teas that best support your health and general wellbeing. Once you’ve taken this dosha quiz, read below to find the best teas for your dosha.

A quick note: Because specialists debate the role of caffeinated teas in an Ayurvedic diet, I haven’t included any Camellia sinensis teas such as white, green, or black teas. All three provide numerous health benefits, and if you’d rather not give up your morning matcha latte, you can keep your dosha balanced by noticing when your caffeine intake starts to increase the tendencies of your dominant dosha.

Energetic and creative Vata types often have a particularly tall or short body frame and cool body temperature. When imbalanced, they’re prone to poor circulation, joint pain, dry skin and brittle nails and hair, and digestive issues such as bloating and constipation. Vatas also tend towards nervousness, anxiety, and insomnia. Sweet, grounding, and stress-relieving teas are great for Vata types.

Ashwagandha: Also known as India’s ginseng, this adaptogen has been used for thousands of years in India to treat stress and anxiety, common Vata complaints. The roots also contain a little iron, making it an especially smart beverage choice for female Vatas with anemia or fatigue (but talk to a doctor before consuming if you’re pregnant or breastfeeding).

Triphala: Named for the three fruits of amalaki, haritaki, and bibhitaki, triphala is known for its gentle laxative effect, perfect for Vata types, whose constitution often tends towards bloating and constipation. Specialists believe Vata energy accumulates in the colon, and triphala helps clear it out of the digestive system. Because the tea is also purported to help eliminate ama in the body, this is a great tea for Vata-Kapha types as well.

Ginger: Warming ginger brings windy Vatas back down to earth. Ginger ignites agni, the digestive fire, clearing out the digestive system, one of the “seats” of Vata in the body. Ginger has numerous health benefits, from relieving gas and heartburn to aiding in the fights against cancer and Alzheimer’s.

Cardamom: Heavy in oils, cardamom seeds are grounding. Rich in vitamins and minerals, cardamom bolsters your immune, digestive, and detoxification systems, and can also ease skin irritation common for Vatas. Cardamom can also ease PMS symptoms, which can be exaggerated when Vata energy is high.

Valerian: Studies have shown that valerian has a sedating effect on the nervous system, and it’s most commonly used for anxiety and sleep disorders. Insomnia is especially common for Vata types, so a tea with valerian root is a great way to end the day.

Cinnamon: The natural sweetness of cinnamon tea is grounding for airy Vatas, and the spiciness can jolt them out of their sometimes-excessive dreaminess. Because cinnamon also tackles typically Pitta concerns like inflammation and high blood pressure, it’s a great choice for Vata-Pitta types.

Pitta types are commonly energetic and athletic. When out of balance, their energy can manifest as anger or frustration, and they’re prone to high blood pressure, hypertension, headaches, heartburn, hyperthyroidism, and inflammation. Soothing, cooling teas are best for fiery Pitta.

Brahmi: For Pitta types who want the mental clarity that comes with a cup of coffee, without the overheating effects of caffeine, Brahmi tea has both calming and energizing effects. Studies of the tea, known in research as Bacopa monnieri, indicate that its compounds may improve memory and other cognitive functions, so Type-A Pittas can feel like they’re fitting in some self-improvement while they calm down.

Coriander Seed: The seeds of the cilantro plant, coriander is cooling and thirst quenching, great for Pittas who tend to overheat. Blood is often associated with Pitta energies, and studies have shown that coriander supports blood-sugar balance and cardiovascular health.

Amla: This vitamin C-rich and antioxidant-packed fruit is a powerhouse for Pitta types, who, Rudolf Ballentine, M.D., says, are the most prone to oxidative stress because fire is a primary Pitta element. Amla bolsters immunity and has been used to treat a variety of conditions, from diabetes and gastrointestinal disorders to various types of cancer.

Rose: Another antioxidant-rich tea, the polyphenols in roses help the body repair cellular damage, a result of Pitta’s fast-paced, often high-stress, life. A Taiwanese study provided scientific evidence for the ancient use of rose to ease menstrual cramps, a common Pitta complaint. Because rose is also a mild laxative and bolsters the immune system, this tea is a good choice for Pitta-Vata types.

Chamomile: Known for its mellow earthiness and ability to lull you to sleep, chamomile has a mild sedative effect that can support Pittas during the day, too. A 2011 Pharmacognosy Review details the numerous functions of chamomile, including its anti-inflammatory, antioxidant, anti-stress, and anticancer properties. As an extra bonus for Pittas, who tend to have thin, brittle hair, there’s evidence that some of the chemicals in chamomile can strengthen your strands. (If you’re pregnant, always check with your doctor before taking any herbal supplement—chamomile can increase the risk of miscarriage.)

Lemon Balm: Mildly citrusy, this herb from the mint family calms the nervous system, helps soothe headaches, and may lower high blood pressure, all issues often experienced by Pittas. The thyroid gland is associated with Pitta energy, and lemon balm is often used to treat hyperthyroidism.

Kapha types are steady in personality, and when well nourished they’re balanced and healthy. Too much Kapha energy can lead to lethargy, depression, indigestion, colds, and a slow metabolism. In general, Kaphas benefit from energizing flavors or compounds and teas made from bitter herbs.

Dandelion: One of a large family of bitter herbs, dandelion counteracts the tamasic effects that can make Kapha types foggy and lethargic. Full of vitamins A, C, and D, dandelion tea helps fend off colds and other respiratory illnesses that plague Kaphas, and the plant can stimulate digestion and bile flow. The leaf acts as a diuretic, alleviating water retention, and the roots are known for their ability to improve liver function and detoxify the body.

Kuding: For the brave Kaphas ready to shock the system, it doesn’t get much more shocking than kuding tea. According to an article by Subhuti Dharmananda, Ph.D., Director of the Institute for Traditional Medicine in Portland, kuding has been used in Traditional Chinese Medicine to “disperse wind-heat,” which makes it appear more appropriate for Vata-Pitta types, but I’m guessing the spiky bitterness of this tea would be extra beneficial for drowsy Kaphas. The herb has traditionally been used to treat colds, and research shows that it may aid in improving blood circulation and decreasing cholesterol levels, common Kapha ailments.

Peppermint: Although it’s a member of the bitter herb family, peppermint’s association with gum and candy canes makes it an appetizing tea for many people. Peppermint is an ancient digestive health aid, and is also great to have on hand when you’re sick—as an antispasmodic, it can ease coughs and decrease vomiting, the menthol can assist in reducing a fever, and peppermint’s antibacterial and anti-inflammatory properties can bolster the immune system.

Goldenseal: This root is native to North America and Canada, and its concentration of alkaloids makes it an effective natural antibiotic. A 2006 study published in the Journal of Lipid Research found that goldenseal can lower LDL (“bad”) cholesterol. Some studies suggest that goldenseal tea is best used for the short term, for fighting colds and allergies.