6 Herbal Remedies To Boost Your Run 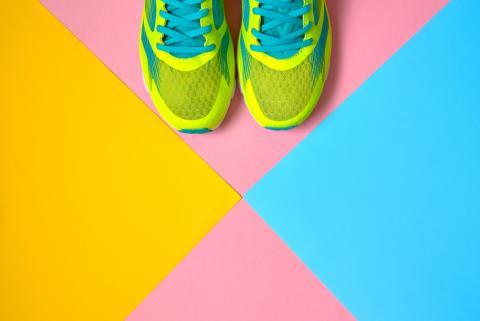 The next time you reach for an ibuprofen during a run, or slather on some more IcyHot to soothe your muscles, think again. Herbal remedies can have the same effect, without the risk factors associated with painkillers and creams. This article, for example, explains the risks associated with taking analgesics during races or training runs, but still leaves us wondering this: what can I take to improve my performance before and after runs? Here are 6 top-notch remedies you can try the next time you’re preparing for a Sunday morning jog or an elite track event. For clarity, I’ve broken the remedies into before, during, and after runs, according to when you should apply them.

Pre-run or pre-race isn’t the time to try new foods or liquids. Rather, to ensure that no stomach distress happens during your race, it’s important to follow the same routine you’d go through on any typical day. In the weeks leading up to an important race, try supplementing with the foods below to increase agility, endurance, and speed while decreasing fatigue.

Your morning cup of joe might be a better performance enhancer than you think and bonus because most Americans have a cup of coffee before starting their workday anyway. One study, published in 2007, measured the performance of 5K runners that both used and did not use caffeine pre-workout. Notably, performance improvements were seen in elite and recreational runners who supplemented with caffeine prior to their runs. For the best effects during peak training or for races, consider limiting your intake in the days leading up to your event to best feel the effects of the caffeine.

For those looking for superfood power, as well, try mushroom coffee. You can find instant coffee blends with mushroom elixirs like chaga, cordyceps, and reishi. The Mushroom Coffee with Cordyceps is particularly great for runners as cordyceps work to support the adrenal glands (and, if you’re a long-distance runner, this is especially necessary for improving your immune system, balancing your hormones, and helping your metabolism.)

Nitrates have long been used to increase athletic performance thanks to their nitrate content which ultimately increases blood flow to working muscles. This means that those consuming dietary nitrates (found in food) will likely experience a better performance thanks to less fatigue and better endurance. A more recent study, published in 2012, noted that consuming whole beets (that is, choosing whole foods as opposed to other potentially dangerous forms of nitrates) is a superior choice for those looking to boost their running.

While it might not make sense to consume anything–gels, energy drinks, or even water–during short events like a 5K, for those running races like half-marathons, marathons, and even 100-miles, it’s vital to consume the proper supplements to aid in performance and overall health. While not everyone experiences muscle cramping, those that do know that it has the ability to ruin their races and their overall enjoyment of running. The easy-to-find foods listed below can help stop your next muscle cramp or nausea before you have to stop your race.

Have you ever been dared to take a large swig of the salty brine in the leftover jar of pickles? If so, you probably noticed the high amount of salt. While we don’t know who the first person to suggest drinking pickle juice to mitigate muscle cramps might be, they certainly deserve a pat on the back for their contribution. Science has yet to determine exactly why pickle juice, of all things, works to stop spasming muscles, but this study found that pickle juice does, indeed, “inhibit the firing alpha neurons of the cramping muscle.” Several companies now produce single-serving shots of pickle juice, but your best bet to save money and quality is to simply slice a pickle and place into a plastic bag or other small container. Bring the pickles with you the next time to go for a run, especially when it’s warm out, and see for yourself how pickle juice helps to keep your body moving.

Ginger is featured in a wide range of cuisines, from Thai and Japanese to Ethiopian and Moroccan. While ginger enhances dishes like stir-fries and salads, and desserts like gingerbread and ginger cookies, it’s just as useful as a helpful herbal remedy for those suffering from nausea. While runs in shorter duration might not be long enough to induce nausea, runs that go beyond the marathon distance often cause stomach distress due to a variety of conditions including heat, temperature, pace, altitude, and ability level. Ginger, as one study concludes, has better efficacy for reducing nausea and vomiting than the placebo. Ginger can be found as a powder, as a capsule, in gum, or as a root, my personal preference. Slice a few half-inch pieces from fresh ginger root and carry with you in a bag or other container during a run. Dried ginger is a good substitute for those who dislike the taste of ginger by itself.

While it’s always rewarding to reach the finish line after a hard-earned race, the on-top-of-the-world feeling only lasts so long before sore muscles and tired feet kick in. Instead of looking for an over-the-counter pain medication, or even seemingly inconsequential aspirin or ibuprofen, try these post-race cure-alls.

Arnica is a flowering plant that looks somewhat similar to a daisy or sunflower. Part of the sunflower family, arnica can help reduce bruising, swelling, arthritis, and other injuries. While you can purchase arnica as a gel or cream at heath specialty stores or online, it’s also possible to make your own if you happen to have wild Arnica montana nearby. You can find instructions online on how to purchase the dried flowers if you don’t have any or are unsure of how to identify this sunny plant.

Ashwagandha is a well-known herb in Ayurveda, and better known as Indian ginseng. This herb has been used for thousands of years for a variety of conditions and treatments, but recent research has shown that it can be particularly useful for athletes. The study examined here noted that males placed on a supplement regime of Ashwagandha had significant muscle strength increases, in addition to better recovery. The Chopra Center recommends taking 600-1,000 mg twice daily.

Try out these before, during, and after herbal remedies and see how your running improves.