5 Produce Items That You Really Should Buy Organic 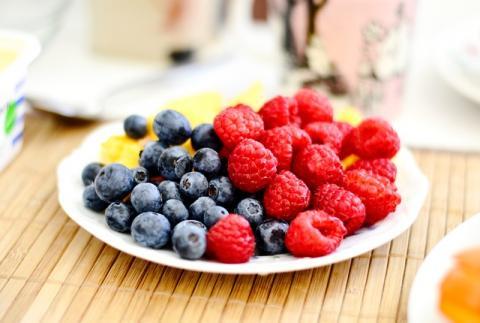 Just over a year ago, I changed my grocery shopping habits. Instead of looking for the best deals, I began looking for the best options for my health. I was already buying quite a few organic packaged products, but not as much organic produce. Now, I buy fewer packaged products overall and 100 percent organic produce whenever possible. Why? After taking a few food and environmental politics classes, I was enlightened about how unfortunately detrimental to one’s health pesticides truly can be.

I know you must be wondering how astronomically expensive that must be, especially since I’m a vegan. However, it is definitely doable. When I first started embracing a completely organic lifestyle, I was a “starving” college student who was making minimum wage (you know—the least amount of money that’s legally possible). It is true that, more often than not, organic produce is going to cost you more than conventional produce will (ugh, darn food injustices). So, is there a bright side? Yes, spending a little extra on your produce now just might save you some medical bills later on. When high organic produce prices get you down, just remember—quality over quantity, right? Also, if you keep your eyes peeled, cheap organic produce is out there. If you really cannot afford to muster up much more money for produce, I do have a list of five produce items that are absolutely imperative to buy organic. In the long run, your body will thank you with longevity.