Hummus: A Tale of Defining Culture Through Food 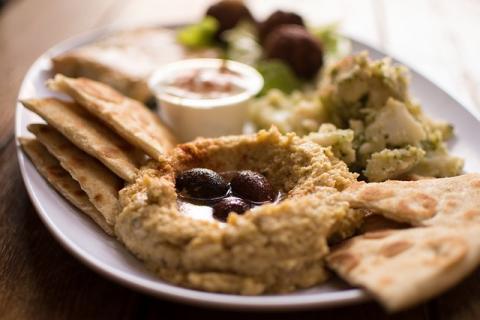 Hummus is everywhere. From restaurants to farmer’s markets to grocery chains, you can find hummus pretty much anywhere you find food. But where did it originate? While most people associate hummus with Mediterranean cuisine, many countries claim they invented the smooth, creamy chickpea dip. This ancient food has caused quite a stir. So what has everyone wanting to stake claim to hummus?

Hummus is the Arabic word for chickpea. Chickpeas were first cultivated in the Middle East and were a popular trading commodity. Chickpeas were cheap and in hummus form, they provide filling nutrients. Many countries, from Greece to Lebanon, argue they are the real inventors of hummus. And while historians have tried to link hummus to one specific country, they have not been able to identify its true source. That, however, has not stopped people from trying to claim the food as their own.

It becomes clear when we take into consideration the ancient traditions of our food why different countries take credit for the invention of hummus. Who we are as a culture is partly defined by what we eat. We take pride in our food. Signature dishes tell the world who we are as a people. Recipes passed down from generation to generation keep our heritage alive. Hummus has been found throughout the Middle East for so long that it has been rooted as a food staple for various ethnicities. So to what extent will one go to hold on to the traditions of food?

The hummus feud that has been battled between Lebanon and Israel can sum that up. In an attempt to rightfully call hummus their own, the Lebanese created the world's largest plate of hummus for the Guinness Book of World Records. Israel retaliated by one upping them. Then, Lebanon fought back by reclaiming the title with a 10 ton hummus plate.

Lebanon also attempted to register hummus with the European Union as the country's national dish. The request was denied. Hummus is arguably a dish that belongs to an entire region. Despite who owns it, you can guarantee that if a restaurant makes good hummus, you will find a diverse mix of cultures coming together at one table to enjoy.

Food is a unifying factor. When travelers come far and wide to a country, it is through our food that we welcome them. It is how we communicate. This form of inter-cultural bonding strengthens understanding and gratitude between people of different backgrounds. By identifying with our food, we identify with our ethnicity.

Want to make hummus your own? Try this homemade hummus recipe!