#WordsToLiveBy: The Importance Of Sadness 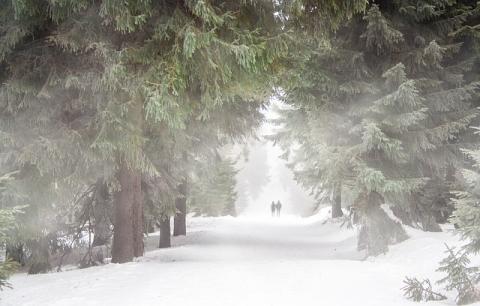 This weekend, my brother, his old friend, and I, got to talking about Ohio.  About how sometimes it’s a wonderful place. My brother and I grew up near Cleveland, but neither of us spends much time at home anymore.  He was recently living in Southeast Asia, and now, upon coming home, he’s moved out to the Pacific Northwest.  He said he just couldn’t stand the winters, the seemingly endless season of 5pm sunsets and ice-crusted mornings.  For my part, I didn’t mind the cold.  I just wished Ohio weren’t so flat.  I longed for mountains.

We were lying in the grass, watching the clouds shape shift and drift in a rich blue sky.  A perfect summer day.  Until then, my brother’s friend had been only listening, trailing his fingers in the sun-drenched grass.  Finally, though, he piped up.

It’s important to respect the seasons, he said.  The cycles of things.  I know the winter is long and dark, but look at right now.  With that, he gestured widely to the afternoon. If we lived on a beach somewhere, would the sun feel this great?  Would it so warm our faces?

No one responded.  There was only silence, wind, and birds chirping beyond the tree line.  His words held truth, and none of us felt the need to expand upon them, so there we sat, in shared reverie.

I think now of sadness.  Of its place in my life. Its importance and even its necessity.  Loss, anger, feelings of emptiness.  They exist for a reason.  I have to believe that.  In her newest book, Bright Dead Things, one of my favorite poets, Ada Limón, writes:

it's hard to believe
we were so hollowed out, so drained,
only so we could shine a little harder
when the light finally came.

I am no stranger to navigating nature’s cycles.  No stranger to fleeting, diaphanous Ohio summers, and harsh, crushing winters.  None of us are.  Emotionally, though, I think these cycles are harder to recognize, to heed. We each carry a burden.  We’ve each known a broken love, or experienced loss in some capacity.  Lately, I’ve been trying to respect the sadness that arises within me some days.  To sit with my pain for a time until, hopefully, I can move forward from a place of understanding.

Each day in yoga, I set this as my sankalpa (an intention or vow): to not succumb to the temptation of distraction.  To actually feel.  Constantly, we are connected.  To our phones and computers, our inboxes and social media accounts.  We rarely live, let alone appreciate, moments of quiet.  We rarely check-in with ourselves.  So, as part of my sankalpa, I challenge myself to do these things.  I challenge myself to let go.  To let life’s cycles—those both internal and external—run their course.  When I feel drained, hollowed, I hold Limón’s words in my head and heart. I remember that light will come.  When it finally does, I remind myself, it’ll be the greatest of gifts.

ALL ARTICLES BY Jeremy Kundtz