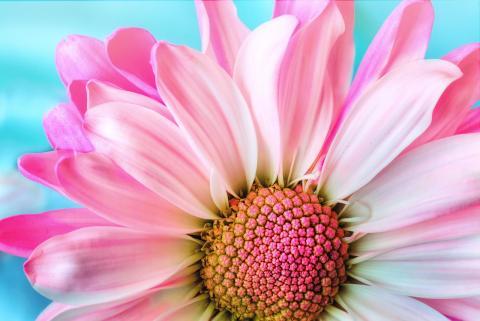 Sarah K. Grace is a former paramedic who now works with clients to “embrace their own power, make sense of their energetic abilities, and heal past traumas.”  She employs a variety of methods but lets her intuition guide her.  Typically, she’ll do a “grid scan” to identify imbalances or places that need attention within your body, and then she’ll spend some time working to clear those energies.  To learn more about her and what she does, check out this interview.

I immediately felt comfortable with Sarah.  (Maybe this is because I’d read her book, Journey into Grace (read an excerpt here!), but I think it’s also because her warm, accepting energy puts me instantly at east.)  She has an infectious smile and a way of listening to you that just makes you realize she gets it.  She chatted with me casually while we got ready to do the session, answering any questions I had and giving me a tour of the (super beautiful!) facilities where she works.  She also took a general medical history assessment, inquiring about my health (both physical and mental/emotional).

Since I’d read Sarah’s book already, I had an idea of the kind of work she does and what a session with her might look like, but I knew each session manifests differently and I was committed to letting the session lead where it may.  Before starting, I removed my jewelry and shoes and lay comfortably, face up, on a massage table.  The room we were in was calming and the ambiance was really great for this kind of work.  After making sure I was ok with most scents, Sarah burned herbs (palo santo, I believe) and implemented various stones and crystals into our work, too.  For most of the session, I was holding a smooth rock in each hand.  I ended up appreciating having the even, grounding stones to grip as the session evolved and I experienced different effects.

After explaining that I had no responsibility or “job” during the session, other than to just be, Sarah told me I could keep my eyes open or shut, whatever was most comfortable.  To begin the session, Sarah started at my head.  (She said this is often, but not always, where she begins.)  I’m really happy she started there, because this is where I felt the most significant energetic effects from her work.  While she was standing at my crown, I experienced significant waves of gorgeous shades of purple rolling behind my eyes.  They weren’t fast; they changed speed and didn’t go in a consistent direction, but they were definitely more peace-inducing than causing motion sickness.  Frankly, it was fun to watch and really beautiful.  I wish that part could have lasted longer!

Since my eyes were shut, I’m not sure what Sarah was doing during this part, but I could sense her hands moving around me, occasionally felt her touching me, and heard her periodically making “throaty” noises.  In fact, as she moved on to my throat chakra and clearing some energy there, she had me make noises as well to encourage the movement of energy and help her see how things flow through me.  The crown and throat chakras were the most significantly affected in my session with Sarah, and this makes sense—especially the throat chakra, as it was similarly a focus during my Tui Na session.

After a bit, Sarah slowly moved on to my stomach/abdomen area.  As I understand it, when Sarah does work she “locks in” to your energetic grid and “scans” it to see what’s going on.  This allows her to focus her energy where you need it most.  Well, Sarah, immediately zeroed in on a specific place in my abdomen that causes me pain.  (I hadn’t even mentioned abdominal pain in my medical discussion with her because while it’s a nuisance, it’s not really severe.)  She applied gentle pressure there with her fingers for several minutes.  Honestly, it felt like she was pressing much harder than I could tell she was—the push felt deeper, in other words, and I began to feel the pain I sometimes feel in that spot.

Sarah Grace moved on to scanning other parts of my body, following a similar procedure after she had me flip over face down on the table.  My upper back was another area she focused some time on—again, no surprise to me there, as I know I carry “stuff” there and am also perpetually combatting rounded shoulders.  She did similar hands-on healing work in that area, and warned me I might feel soreness there in the coming days.

She was mostly silent during the session, although a few times she explained things.  She also asked a few times if I was comfortable, making sure that I was completely ok at all times.  I truly appreciate the effort she makes (and so many other practitioners make!) to frequently check in with me and get feedback.  At no point did I feel uncomfortable giving feedback, whether it was about room temperature, pain, or anything else.

After the hands-on healing portion was finished, Sarah and I casually chatted about the process.  She again answered any questions I had and also talked to me a little about what she saw and what I might feel and experience in the weeks ahead.  We talked about being open to relationships (not romantic ones—other ones!) and speaking my truth, for example.  I also asked her to elaborate on the fine line between being empathic and protecting your own space, and she had some really great advice.  She even suggested certain types of exercise to facilitate the energy

Immediately after the session, I felt very calm and super balanced.  There was a general sense of serenity over me.  As with some of the other healing sessions I’ve experienced, I also felt an increased sense of extraversion and sociality.  But overall, there was a noticeable increase in confidence and creativity in me as I worked on various projects in the weeks that followed.  That seems to align with the movement towards more openness and more vocalization that has been an ongoing theme in various sessions for me!  I like that everything seems to be working toward a common end, with all different threads leading me there.