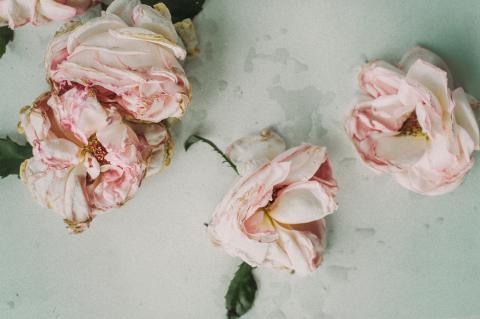 This article looks at my first experience with Tui Na with Joseph Carter. Tui Na is a type of bodywork that follows the principles and theories of Traditional Chinese Medicine. Literally translating as “push and grasp,” Tui Na is sometimes referred to as Chinese Meridian Massage.

I went into this session without expectations—I knew nothing about Tui Na before this experience. Joseph immediately made me comfortable; his easy smile and kind eyes put me at ease and his propensity for puns had me laughing in no time. He started off asking me some medical history questions as well as getting to know me a little better with other lifestyle questions, like about my job and hobbies. Then the real fun began!
I lay on his table and got comfortable. He began the session, which consisted of different movements and pressures. There was a lot of pushing and pulling (or “grasping,” like the literal translation) and rocking my body back and forth in a rhythmic but firm way. This rocking motion was a frequent movement in the treatment. Other times, he positioned my arms (or body) a specific way (for example, to release blockages in my shoulders) and applied pressure. At no point was this painful, but I did feel extreme resistance in my body and sometimes thought, “There’s no way he can push my arm any farther!”—and then I would feel a release and sure enough—my arm was in an even deeper position, yet without any pain! The feeling was comparable to a deep stretch or a deep massage, but never unpleasant. Certain areas took more than one attempt before “releasing.” I can certainly see how the cumulative benefit of multiple sessions would release very deeply held stuff. Each time he returned to an area, it would be a different experience, even if he’d just worked on it 10 minutes prior.
As I experienced these releases in more joints/muscles/tissue, I felt my entire energetic flow becoming more fluid and open—without hiccups. There was more outward movement to it as well. The session focused a lot on my shoulders and back, because that’s where I hold stored energy and emotions; he of course tailors the session to the individual’s needs (and he instantly noticed that’s where I needed work, which I confirmed for him!). Perhaps because of this focus, I especially felt my relationship with and empathy for others increased—a feeling that amplified and continued for more than a week following my session. To put it simply—it felt easier to connect with others.
Another pleasant experience during the session was the way my breathing changed. I found that as the session progressed, the space in my lungs and belly for breathing seemed to expand. In other words, if I would normally do a deep breath and be able to inhale for 3 or 4 seconds before feeling “full” of air, as Joseph made adjustments to me I could easily inhale for twice as long without feeling the pressure of fullness in my lungs. My organs didn’t feel crowded together, and there was just more space for me to breathe. This was one of my favorite effects of the treatment; it literally increased my endurance when I exercised over the next week or so.
The session was interesting because it was relaxing, yet invigorating—it wasn’t sedating the way a typical massage at a spa might be, but it was more relaxing than a yoga class. It felt more active than I anticipated—while I didn’t have to “do” anything while he was working, the constant movement of my body and redirection of energy made it a very engaging experience; I had to “participate” much more than I do during other types of bodywork. To me, this was a significant difference, because it heightened my awareness of the changes occurring in me—physically, emotionally, and energetically. Joseph was also careful to frequently check in about my comfort level and experience, which resulted in me being more introspective during the process, too.

Immediately after the appointment, and for the next several days, I felt super social. I lean towards introversion and often choose walks with my dog over crowded activities, but the entire weekend after my appointment I was constantly seeking companionship (of the human kind)—making long overdue phone calls to catch up with people, hanging out with friends. Lots of socializing typically drains me of energy, but it didn’t have the same effect in the days after my session. Since I’m a writer, Joseph paid special attention to energies and blockages surrounding my voice and creativity (throat chakra)—and it seems to have impacted my literal voice, the one I use to socialize, as much as my creative voice! I wanted to talk to and connect with everyone in the days following my treatment. My throat chakra was highly activated and ready to party after my session!
Another lasting impact I felt was increased space for my reactions. When something happened that would normally irritate or upset me—be it a crazy driver or a difficult conversation with a family member—there seemed to be more time (and space) between the event and my reaction to the event. This is something I’ve been working on through meditation, too, and it was empowering to feel such significant leaps in this area as a result of the Tui Na session. I feel there is a relationship between my increased sociability and my increased empathy—the energy propelled me to turn towards connection, instead of away from it.
There were of course physical changes in the days/weeks after my session, too. My shoulders, which tend to hover just below my ears, eased their way down to a nice sloping position. I felt increased flexibility in my shoulders, neck, and back (again, this is where he focused his work because this is where I needed it the most).
I also noticed an increased sensitivity to taste—flavors seemed to really pop, especially in the first 24 hours after my session. Connected to this was a wider effect of me feeling more connected to my body in general—more able to listen to what it was telling me.

Tui Na is definitely a treatment I will seek out again—not only because of the benefits I felt after just one session, but because I can see how easily regular sessions would compound on each other and really elevate the work to deeper levels. It was a pleasant experience from start to finish. I also think the practitioner for work like this is super, incredibly important—part of what made the session so effective for me was Joseph’s perceptions about me, his personal energy, his concern for my experience, his communication with me throughout the process, and his flexibility (working on what needed it in that moment). A Basmati Editor tries Tui Na - a traditional healing modality!