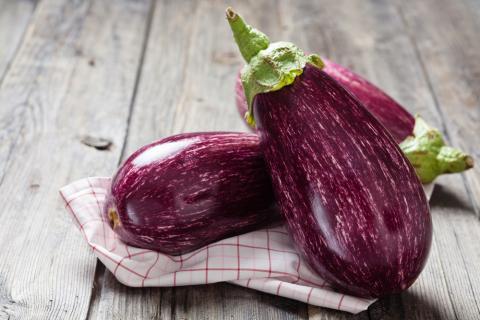 Nightshades contain some of the world's most poisonous and beloved plants all at once. Potatoes, tomatoes, and peppers are all related to belladonna (deadly nightshade), jimsonweed (Datura stramonium), and mandrake, yet we love eating them! The same can be said for eggplant, which is also in the Solanaceae (nightshade) family. Did you know tobacco is also a nightshade? While I don't encourage smoking (or eating) that, I can say tomatoes, peppers, eggplant, and potatoes are great additions to any meal.

So while nightshades have a shady history, it is important to acknowledge the ones we can eat. After all, did you know tomatoes were originally considered poisonous by Europeans for more than 200 years?  We should enjoy these edible nightshades now that we know they're actually quite healthy to eat!

Here are three delicious and nutritious recipes you should consider making that feature four nightshades: tomatoes, potatoes, peppers, and eggplant.

Want to know a secret? Ratatouille was originally a meal made by poor farmers and was prepared in the summer with fresh summer vegetables. So, in essence, it was a peasant dish. The word ratatouille actually comes from the French term "touiller," which means to toss food. This dish originated in present day Nice. This recipe should serve about 4 people, so feel free to make it for your family one night or invite over a few guests to share!

This popular soup originated from the Andalusian area in Spain. It has many different influences from Greece and Rome, but even some from the Moors and Arab culture. It's safe to say this soup has been around the block! It's mostly known now for being served cold, but it has evolved over time. The most popular version of it is the tomato-based version (which is presented in the recipe below), but there are other versions of it (like this yummy beet version). This recipe should serve about 4 people. Feel free to experiment with how coarsely or finely you chop or shred vegetables. A food processor will make this easier but will turn it more into a puree. If you're fine with that, go for it!

There's not much history to this salad recipe except for the fact it requires two different nightshades: potatoes and green peppers. These two nightshades have a history all their own. Green, yellow, orange, and red peppers (along with all chili peppers) belong to the Capsicum annuum family and have been grown for more than nine thousand years in Central and South America. Potatoes, on the other hand, were first found in the Andes in South America and domesticated about 7,000–10,000 years ago. Together, they certainly make one heck of a salad though. This recipe serves about 4 people.