3 Reasons To Try An Infrared Sauna This Spring 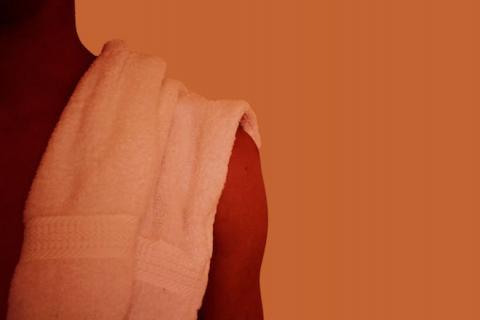 In spring, nature moves us from the dormancy of winter into a time of cleansing, awakening, and growth. Roused by rain, seeds ensconced in the earth begin to sprout little, skyward-reaching, green arms. What better way to usher in the season than by supporting regeneration in your own body? Infrared light can gently rejuvenate the body and prepare it for the impending energy of summer. Adding an infrared sauna to your wellness routine, in addition to eating naturally detoxifying spring foods, is a healthy, feel-good combination. Here are three reasons why visiting an infrared sauna is a great springtime activity.

Detoxification is a natural process which we have good reason to support and even augment. The human body is constantly detoxifying through the kidneys, liver, gastrointestinal tract, and immune system. In Ayurveda it’s believed that spring foods provide an additional level of support. Naturally astringent, spring’s leafy greens, bitter roots, and berries gently cleanse the intestinal villi and lymph. However despite nature’s powerful cleansing mechanisms, chemical body burden is a mounting health concern of which people are largely unaware.

The body today is chronically exposed to unprecedented levels of pollutants. Study of the way these pollutants interact with our bodies and minds, and with one another, is still young. Seventeen years ago, an analysis of the journalist Bill Moyer’s blood and urine for a study on pollutant loads found 84 chemicals out of a total of 150 tested. They were a mixture of hazardous chemicals in common use, compounds banned for more than a quarter century, and others so obscure that almost no public information was available to identify what products might have resulted in exposure. Mount Sinai Clinical Professor Dr. Michael McCally led the study. He noted, “Current ‘normal’ body burdens of dioxin and several other [chemicals] in humans are at or near the range at which toxic effects occur in laboratory animals.” Four years later, a study of industrial chemicals, pollutants, and pesticides in umbilical cord blood detected a total of 287, with an average of 200. These were a combination of pesticides, consumer product ingredients, and wastes from burning coal, gasoline, and garbage. Of these, 180 were known to cause cancer in humans or animals, 217 were toxic to the brain and nervous system, and 208 caused birth defects or abnormal development in animal tests. As interest in both preserving the environment and treating the whole self as opposed to the individual parts of the body grows, chemical body burden should be given more attention.

Sweating is arguably believed to be one of the best, most reliable ways to detox. Saunas have been used for detoxification and healing across many cultures for thousands of years. The infrared sauna is a more recent technology that was pioneered in the mid-20th century for use in hospitals, mostly in Europe and Japan, to speed wound healing and warm premature babies. What sets it apart from a traditional sauna is the way it creates heat. Traditional saunas use wood or electrical stoves to generate heat, which is transferred to the air and warms the body from the outside. In contrast, infrared is a type of light that penetrates the skin and heats the body directly. Infrared sauna proponents  claim infrared rays create heat more efficiently and to a greater depth than conventional saunas, resulting in a mild fever which is just enough to set off healing mechanisms without causing damage. The body, in an effort to regulate temperature, goes to work: you sweat—a lot, quickly. One adherent claimed that after an infrared sauna session, the toxicity of the sweat is 22-26% higher than after jogging or working out at the gym.

If you’re hampered by illness or time, infrared is an undoubtedly better choice than a traditional sauna. Part of the appeal of all saunas is that they produce vigorous sweat and increase heart rate the way exercise does. However, infrared rays produce these results at lower temperatures than traditional saunas, making them a safer option for the elderly, people who can’t exercise due to injury, or those who suffer from certain types of illnesses. Most people find the experience of sitting in an infrared sauna to be easeful and pleasant. For beginners it’s advised to start with ten minutes and observe how the body responds, but it’s not uncommon to work up to hour-long sessions several times a week. That said, because infrared saunas cause you to sweat quickly, they can be an effective therapy even for someone with a busy schedule. Benefits have been recorded as a result of short, frequent usage.

Several small studies have explored the use of infrared light to treat chronic health problems like high blood pressure, congestive heart failure, dementia, Alzheimer's, headache, type 2 diabetes, and rheumatoid arthritis, and found some evidence of benefit.  Other studies demonstrated infrared light, either exclusively or in combination with other therapies, to be beneficial in neuromuscular recovery, mood enhancement, treating chronic fatigue syndrome, reducing cellulite, skin health, and weight loss. At present, most of the medical community believes larger and more-rigorous studies are needed to confirm these results. It’s worthwhile to note that no adverse effects have been reported with infrared saunas.

Looking at all this research I took the perspective proposed in the seventeenth-century philosopher Pascal’s Wager, which loosely goes something like this: if this works it could be a very good thing, and since I have nothing to lose, I might as well give it a go, and off I went to the sauna.

I arrived late to the spa. Because it was my first time using an infrared sauna, the woman who helped me suggested a ten-minute session. I rushed in, sat down, and since there was nothing else to do, watched the little clock that was positioned high on the interior wall. Before I knew it ten minutes had passed, then twenty, then thirty, and somewhere during it all, I started to feel, well, well. When I stood up and cleaned the sweat from my body—this helps produce more sweat—I realized how comfortable I was. When I left the spa I was noticeably calm and alert, and dare I say, happy.

In many traditional practices, spring is still considered nature’s new year. After all, this is a time of year when the earth is pregnant with water and bursting forth with new life. This is all too easy to forget in a time when many of us have lost our connection to nature. As a result of spending so much time indoors, vitamin d deficiency has reached epic proportions. Infrared rays are thought to be similar to the second light beam radiated by the sun. Whatever the reason, at this point in time, if spending a little time ensconced in a small light box makes you refreshed, well, and as a result, productive, I say go for it. Oh, and by all means, get outside into the beautiful outdoors too. If you take this approach you just might grow some new mitochondria this spring, and by summer, be exceedingly happy in that new swimsuit.