The Gas You Pass: Decoding Your Flatulence 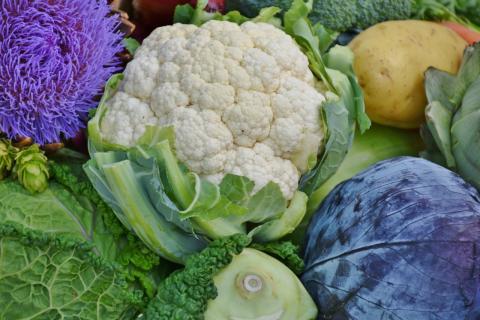 But when it takes a downward turn, it becomes a…

This was, of course, my dad’s favorite rhyme to recite when
I was young. Either that, or “Oops, I stepped on a frog!”

Perhaps you can relate? Flatulence—farting, tooting, passing gas, whatever you call it—can certainly be awkward and funny—not to mention gross—but it’s important to remember that flatulence is also totally normal. Not only is it normal, but flatulence is crucial for our bodily functions. And, in addition to it being essential, the gas you pass can offer some insight into what’s going on in your glorious gut!

Flatulence results from either swallowing air (which we all do when we eat) or from bacteria in the stomach and small intestine that hasn’t
fully broken down the food there. When undigested food enters the large intestine and the proper enzyme is not present to digest it and send it into the bloodstream, other bacteria go to town, producing a variety of gasses in the process. The primary gasses produced are methane, carbon dioxide, and hydrogen sulfide—the gas responsible for those smelly, nose-plugging farts.

The amount of gas produced by hungry gut bacteria can range from anywhere between two and six cups of gas per day, which translates to about 10-20 instances of flatulence per day for the average person. As microfauna in the gut process different foods into soluble particles to be used as energy, various forms of flatulence manifest in…er, sometimes unique ways. Some people prefer to hold in flatulence—and during a job interview, I think that’s okay—but above all, science says: Better out than in!

…have healthy, working bacteria in your gut.

…have enough fiber in your diet.

…are not a bird or a marine invertebrate (neither of which fart,
to the knowledge of zoologists who started the #DoesItFart
trend and studied whether or not certain animals possessed
the biological need to pass gas)

What is your flatulence telling you?

The volume of your flatulence depends on how the body is positioned at the time it is released. Basically, size, shape, and body proportion are, overall, what affect the sound and intensity of your toots. And this, like your gut’s microfauna, is unique to you!

Smelly flatulence is a sign that your body is releasing the gas hydrogen sulfide, which is contained in 1% of all flatulence. Maybe you have the one friend whose flatulence is always raunchy? They may be consuming a larger than average percentage of cruciferous vegetables, or some of the other sulfur-rich foods that produce particularly smelly flatulence:

The hydrogen sulfide released in smelly flatulence is the same compound released by stressed or diseased cells because the compound has positive benefits for reversing mitochondrial damage in cells. A 2014 study at the University of Exeter claims that “When cells become stressed by disease, they draw in enzymes to generate minute quantities of hydrogen sulfide. This keeps the mitochondria ticking over and allows cells to live. If this doesn’t happen, the cells die and lose the ability to regulate survival and control inflammation.” Despite what some perceived based on this research, smelling flatulence will not necessarily diminish the risks of stroke, heart failure, diabetes, arthritis, dementia, and aging. Cells produce hydrogen sulfide as it is needed, and an extra whiff of a fart will not add years to your life.

Scentless flatulence is all normal and good, and quite healthy. This is ideal for that first date or for a long family car ride, but smelly flatulence does have its benefits:

Super stinky flatulence may by a signal that something in your gut is irritated or unhappy. Super stinkers could be a clue that you may be experiencing symptoms of lactose intolerance, irritable bowel syndrome, celiac disease, gastroenteritis, giardiasis, or some other larger gastrointestinal issue. Some medicines may also cause indigestion and constipation, so read about possible side effects.  Lactose intolerance results when the enzyme lactase is not present in the intestine, and therefore cannot be broken down properly to enter the bloodstream. The National Institute of Health estimates that about 65% of the human population experiences lactose intolerance following infancy.

If your flatulence is frequently quite pungent, and/or you are also experiencing some abdominal pain, consult your doctor first. Discomfort, bloating, and extreme odor may signal that a food allergy test is in order. Severe and persistent symptoms of gas pain, such as abdominal bloating and tightness, cramps, or a knotted feeling in the gut, can be mistaken for heart disease, gallstones, and appendicitis.

The frequency of flatulence depends on both diet and gut microbiome. For vegetarians with a fiber and carbohydrate-rich diet, instances of flatulence may be more frequent. Again, since some vegetables are more sulfuric than others, you may find yourself flatulating the more
“magical fruit” you eat. However, neither age nor sex affect how often one passes gas. (Gut bacteria for President!)

Again, if flatulence is affecting your quality of life, it may be time to see a doctor or allergist. The sounds and smells and feelings our body emits are good, reliable indicators of change or need for change, either in diet or lifestyle. Above all, a healthy gut is a working gut, and flatulence is the product of bacteria at work. Next time you “cut the cheese,” thank those little guys in there for breaking it all down for you on a daily basis…