3 Cancers That Fear The Bite of Broccoli 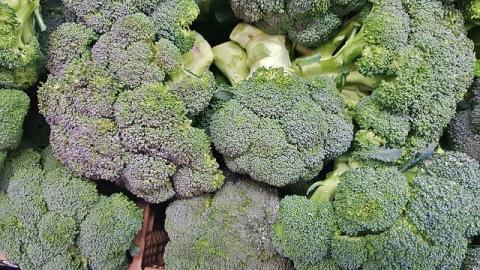 The Green Lantern is a superhero character whose powers are fueled by the creativity of his mind. But broccoli, also colored green, refuses to be outdone by any superhero. Broccoli, too, is creative in the ways in which it puts a stop to several types of cancer. Great in salads and flavor-soaked in stews, broccoli is the veggie of choice against tough cancers that need to be taught a lesson.

There are few professional wrestlers who can withstand the chokehold of broccoli, so it’s no surprise that lung cancer cells also surrender to this vegetable’s squeeze. One of broccoli’s secret weapons is a chemical called sulforaphane, or SFN for short. Researchers treated human lung cancer cells with increasing doses of SFN and observed what happened next. Using molecular video cameras, the scientists saw that SFN was able to stop the lung cancer cells from dividing right at the moment that they were ready to do so. The A549 lung cancer cells that were studied commonly produce cells with two nuclei, or brains. Having two brains would kill a normal cell, but these cancer cells are so messed up that they commonly have cells with two nuclei. Treatment with SFN, however, reduced the number of cells with two brains, which made sense because SFN prevents cells from dividing even though they’ve copied their DNA in preparation to divide. The video camera recorded the grisly death of these lung cancer cells. SFN caused them to burst open like a popped balloon.

A human breast cancer cell line 10AT-Her2 has many stem cell-like individuals, meaning they are tough and can grow into tumors very well. However, broccoli contains a chemical called indole-3-carbinol (I3C) that is particularly good at blocking these cells from growing, while also causing them to die. Researchers found that I3C killed these cancer cells by activating a protein called p53, which causes the cell to commit suicide. Normally, p53 is kept inactive by its friend MDM2, since you don’t want p53 running around willy-nilly unless you are a cell that is looking for a death wish. What I3C does is to cause a protein called nucleostemin to drag MDM2 away from p53. Thus, the free p53 is able to activate a suicide program that digests the cancer cell from the inside out. That’s right, don’t mess with broccoli.

We all know the discomfort of a bad case of constipation. While colon cancer cells don’t have constipation like humans do, they can certainly be made to feel the discomfort of not being able to move what shouldn’t get stuck. Human colon cancer cells called HCT116 can form tumors well because they produce proteins called HIF-1a and VEGF. These two proteins promote the development of blood vessels that bring in oxygen to feed the growing tumor. More oxygen means more fuel for tumors to grow. However, the sulforaphane chemical in broccoli blocks the production of HIF-1a and VEGF in colon cancer cells. This means that though the colon cancer is still alive, it has a hard time growing because there’s not enough flow, so to speak. Unfortunately for HCT116 colon cancer cells, it’s gonna be a while.