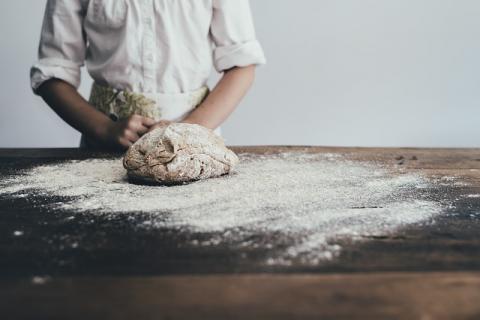 Going gluten free, even if you’re not celiac, is becoming increasingly common. While it might seem like a fad–alongside the sudden popularity of kale and bacon–there is research to back this growing trend. As nutritionist and cookbook author Meghan Telpner discusses in The UnDiet Cookbook, “More and more research is coming out all the time that clearly illustrates the connection between consuming gluten and experiencing chronic degenerative diseases.” While science has not yet reached a consensus on exactly why gluten is a problem for a large portion of the population (and specifically those with celiac disease who must avoid gluten entirely), research suggests that the problem lies in the way wheat is a part of our everyday lives and often served in every meal. Jessica Black, N.D., in her book The Anti-Inflammation Diet and Cookbook, explains that gluten presents problems because wheat, which contains large amounts of gluten, is not what it was even one hundred years ago. “Genetically modifying wheat has made its gluten content to 90 percent, which is highly irregular,” says Black. “It is possible that the genetic modification of wheat has changed its structure into something that our body does not recognize as ‘safe to pass.’”

If you choose to avoid gluten, whether because you have to due to celiac disease or want to for health reasons, giving up breads, muffins, pizzas, cookies, and pies isn’t completely necessary. If you’ve been to a health food specialty store like Whole Foods, your local co-op, or even Trader Joe’s, you’ve probably been overwhelmed by the number of flours now available. What’s plantain flour? What the heck do I do with rice flour, tapioca flour or sorghum flour?

This article will help you decode gluten-free flours so that you can have your cake and eat it, too–literally.

Coconut flour is popular, especially among those who follow the paleo or primal diet. Why? Because coconut is not a grain and is made entirely from dried coconut meat. Coconut flour is especially rich in fiber, fat, and protein, which makes it a filling flour to use; however, extra liquid is needed when added to any recipe. This is one flour where substituting at a 1:1 ratio does not work. Many recipes using coconut flour will require additional eggs (I make a coconut flour/almond meal banana bread that requires 4 eggs per loaf) or milk/milk substitutes.

Nutrition per one cup

Also known as almond meal, almond flour is made by blanching, then grinding almonds to a very fine texture. Not all companies blanch their almonds first, so some almond flours or almond meal has a grainier texture, not dissimilar to whole-wheat flour. Almonds are a terrific source of vitamin E and manganese, and, since they’re not a grain, they are also suitable for those following a paleo diet. The nutty taste often works well in recipes for pancakes or cookies, but can become overwhelming in breads or more delicate pastries.

This flour might remind you of tapioca pudding, and it’s true: tapioca pudding is made, in part, from tapioca flour. But tapioca flour isn’t a flour in and of itself–instead, it comes from the South American root cassava. Tapioca flour is very starchy, but has a sweet, smooth taste and can be used as a substitute for thickening agents like cornstarch. Tapioca flour is technically different from cassava flour because it’s derived and extracted from the root. While low in micro and macronutrients, tapioca is easily found in most grocery stores and is a low-sugar substitute for regular wheat flours.

Sorghum is a cereal grain that grows strikingly similar to corn. Haven’t heard about it? If you’re not from the south (I’m not either), then you’re in the majority. While once a staple sweetener, sorghum has pushed into the health market because of its remarkable similarities to wheat flours. While used as a grain and popular throughout parts of Africa and most of India, this beneficial grain works well in baking (with the addition of a binder, since gluten, a natural binder, is obviously missing.) High in protein, fiber, and even iron, this is a great substitute for typical wheat flour.

I first stumbled across teff at a favorite Ethiopian restaurant in Amsterdam. In Ethiopian cuisine, teff makes up the most important part of the meal–injera, the pancake-like fermented grain that serves as the plate, cutlery, and even bread of the meal. Teff is a tiny grain that can be found in brown, red, and even ivory colors. Of all the flours listed here, teff likely has the best nutritional profile, with high amounts of iron, protein, and even calcium.

Brown rice flour is made, quite simply, with brown rice. Naturally gluten-free and packed with vitamin B6, magnesium, and a solid pack of iron, brown rice flour often works as a convenient alternative to pastries and breads made with wheat flour. With a nutty, hearty flavor similar to a high quality whole-wheat flour, brown rice flour can also be used to thicken sauces or coat fish, too.

Arrowroot flour most commonly goes by the name of arrowroot starch and many health food specialty stores carry it in their bulk section. Made from the arrowroot plant, arrowroot flour is a dense starch that can be used to thicken sauces or other baked goods, similar to how cornstarch is used in cooking and baking. A healthier alternative to cornstarch (goodbye GMOs), arrowroot flour is high in copper and iron, and is a popular option for those with celiac disease.

Any of these flours can make transitioning to a gluten-free lifestyle a breeze, but it may be helpful to follow along with a proven recipe or cookbook before you attempt to substitute – for example, coconut flour for white flour in your grandmother’s famous chocolate cake recipe. Many naturally gluten-free alternatives have a better nutritional profile than their wheat counterparts, and many provide a unique twist on traditional recipes and flavors.

My favorite gluten-free recipe also happens to be extremely easy to make and is paleo, to boot.