Why All Vegans Should Be Eating Organic Sugar 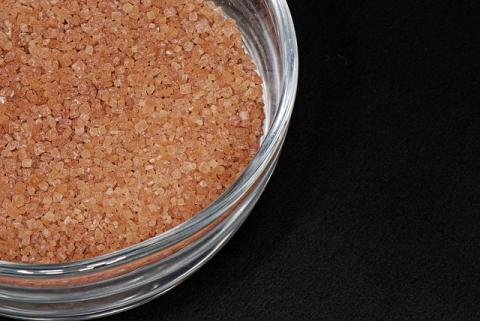 If you only know sugar for its sweet reputation, you’re in for a rude awakening. For anyone who abstains from consuming animals and their byproducts, or may be easily grossed out, finding out that the tantalizing sweet stuff may not be suitable for strict vegans could come as quite a shock. Personally, accidentally discovering this tidbit of information about five years ago was definitely a doozy.

So, get this—the not so vegan-friendly aspect of an otherwise plant-based product comes in during the refining process. Refined sugar is processed with an animal bone char filter. In other words, apparently, it was a grand idea to essentially use roasted animal skeletons to give sugar that sparkling white appearance we know so well. I can’t say for sure, but, even if it was off-white, I’m pretty confident that sugar-crazed consumers would still buy sugar. Who said absolutely white as snow is the only appetizing color? Don’t assume that only pure white cane sugar is off limits because brown and confectioner’s is, too. Brown sugar is just white sugar with molasses added to it; confectioner’s sugar, or icing sugar, is powdered white sugar laced with cornstarch.

If you’re wondering why the sugar industry condones such cruelty, join the club. The United States is a little behind on things, considering numerous countries around the world have actually banned bone char. There are alternative methods, but it always comes down to money; for a couple hundred of years, animal bone char refinement has tended to be the method of choice simply because it’s cheap. Why not pay slaughterhouses for all those leftover bones they don’t know what to do with (their thoughts, not mine)?

After doing my research, by reading article after article, it all turned out to be true. At that point, I was undoubtedly sworn off sugar for good. However, then, I thankfully came across some relieving news (finally). Organic sugar is the answer! You’re safe with USDA certified organic sugar because it never goes through a bone char filter. Other sweeteners, such as beet sugar, agave, and corn syrup, can be used, as well.

In the beginning, it was tough to cut out even more food products from my already vegan diet, but, ultimately, it’s been a beneficial experience. My newfound knowledge led to me eating better overall and healthier items. If you’re worried about missing out on foods you love, don’t fret! In this day and age, you can find nearly any product you can dream of because veganizing traditional, nostalgic products is an up-and-coming market.

Now, I’ve developed a talent for reading ingredient lists with supersonic speed. Before you know it, you’ll automatically remember which products you can and cannot have. However, if enough people learn and share about the hidden use of animal ingredients, we may not have to villainize sugar someday. Let’s urge the U.S. to be more transparent and make a change by boycotting cruelty!