Honoring the Tamasic Nature: How Stagnation, Decay and Death Serve 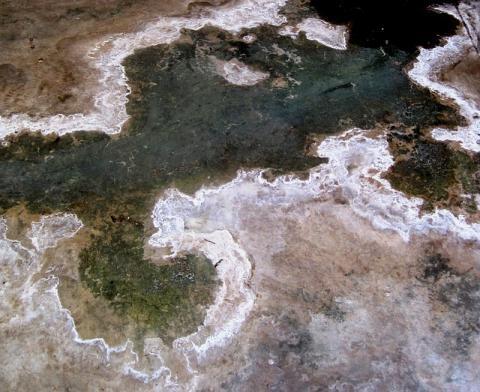 In a previous article, When you need Rajas: The Ayurvedic Element of Change, the three main elemental principles (or Gunas) of yogic and Ayurvedic philosophy (Sattva, Rajas and Tamas) were introduced and spoken to. In this article I want to explore the tamasic nature of stagnation, decay and death and how honoring this element in our lives can serve us wildly.

There is so much celebration of life. We naturally honor it, rejoice in it and feel moved to joy over the birth of a child, new relationships, marriages and new jobs. We applaud the first day of school and new opportunities presented to us. Even the first blooms of spring, flurries of winter and falling leaves in autumn receive our natural awe.  On the contrary, it seems we are almost trained to mourn endings and transitions, divorces, job losses and deaths – and rightfully so, on one hand. Though it is true that these experiences inherently contain within them an element of sadness and grief, perhaps even deeply carved which needs attention and commitment to work through, what is often over-looked is the beauty and potential they also contain.

I would like, in this article, to “turn the stone over” on our endings and speak to reveal with you the “other aspect” hiding beneath the obvious surface, which we have all had the opportunity to acknowledge at one time in our life or another – when we have made it through ending's portal. For where once there was ignorance, when we shed the light on an issue, even just a little, suddenly a world previously unseen to us is revealed. This is just as true with that which we mourn as death having light as with what we rejoice as life-giving having shadows (and I will touch on the later a bit as well near the end).

My partner spent a spell of his life, before us, homeless – living on the street. Had he lived in India, he would have been seen as a Sadhu, a holy man, and would have been fed and likely revered for his unique insights and vision. He would have been dropped coins and flowers as he sat meditating on the side of the road while he navigated inner realms of personal insight and revelations dictating both the present moment and the future of his life. However, in this country, he was not treated with such respect or dignity. Often, he speaks from his time on the streets telling me how you can, if you are lucky, find treasures in the trash, if you are willing to look. But only if you are brave enough to go beyond shame, or hungry enough.

The story of searching for the treasures in trash perfectly illustrates the insights I wish to reveal on the tamasic nature of reality – described as ignorance, decay, stagnation and death. There is treasure there, in all of it, if you are brave enough or hungry enough to dive past the muck, the decayed relationship, the lost job, the failed marriage, the death. A good friend of mine takes mostly spoiled cantaloupes and makes the most amazing cantaloupe smoothies. The treasure lies in wait for the discovering, but you can only find it if you are willing to follow inertia to the bottom. If you are willing to surrender to the ignorance inherently in the situation and truly “not know” for a spell. To throw your hands up and shrug your shoulders and dive in to the seemingly bottomless pit of the moment presenting itself.

Sometimes all you have to eat is left-overs.

In Tantra, the “left-handed” path is known as aghori. This is the path that acknowledges that god or the divine can be found in the things thought to be taboo by society, like the cremation ground, death, corpses, and one's own feces. It is believed that due to the mental blocks inherent in approaching these things, if you can “get past it” mentally then your progress to enlightenment can be accelerated by taking the left-handed path. Deviant sex falls into this category as does binge eating, excessive sugar, coffee, marijuana, drug use and so forth, as long as it is specifically approached as a pathway to the divine, consciously. It takes a strong mind to engage these activities and not fall victim to the tamasic qualities inherent within them, to such an extreme. This is why the one who can is deemed the Aghori master in India. The Aghori master can dance in praise and devotion to the divine on a corpse in the cremation ground during an eclipsed moon at midnight smoking ganja and transcend. These stories are fodder for horror movies.  Definitely not a path for everyone.

Aghori is the most extreme branch of Tantra. Tantra itself, when understood correctly, is that which acknowledges the Divine in every face and every place. That the toilet and temple alike are equal in their holiness and ability to connect one with God/Goddess.

The death nature is so valuable in that it allows for all that was previously known to be our “limit” -- our ceiling, our expected reality, our world -- is suddenly discarded and we are faced with the opportunity to find new again – a greater truth. Our biggest mistakes often precede our greatest moments. We use our trip-ups, our little deaths, our follies to catapult our lives forward. Garbage makes for the most amazing compost, which grows the finest foods with the densest nutrition.

Honoring the breakdown, the decay, the ignorance is seeing that it has arrived on the scene because it is exactly the element called for at that moment in time. It is necessary. It is the key to the next moment, which will inevitably come, which will be rajasic (change) or sattvic (clarity).

There is no lesser player in the three major gunas of creation: Sattva, Rajas and Tamas. Together they make up the trinity of existence according to yogic and Ayurvedic philosophy and together open up a portal into better understanding reality and evolving our lives. By learning to honor each element as it shows up in our lives, we are allowing ourselves to dance with the universe and find harmony in the various expressions of existence.

Just as there is beauty and honor to be found in the tamasic nature, that which we have always revered and praised can also hold secret, dark caves of detest. This is the side of things most people choose to look away from or deemphasize, often merely for the sake of remaining positive or staying optimistic. I know I am guilty of such. Even so, these darker aspects of the sattvic nature exist. During the deepest, most divine meditative bliss, the blaring siren may ring. A new baby brings sleepless nights, lovers bring heartache and as the song says - “Every rose has its thorn.” Such is the nature of a universe which contains all things.  Even the Divine Mother of existence has a rarely acknowledged horrifying side. But back to the beauty hidden inside of death rather than the death hidden within beauty (which is an entirely different, valid topic).

The tamasic nature which rules ignorance, decay, inertia, death and breakdown - at its finest - is life opportuning us a gateway through which to apply the principle of observation. According to quantum physics, the main component affecting any change in reality is that of the observer. What we look at shifts.

So, the next time you are feeling stagnant and you think you should “get moving” or you see the signs of something once beautiful in your life decaying, remember to honor the tamasic element at play....because the finest cheese is just mold. 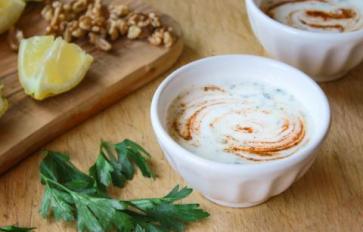 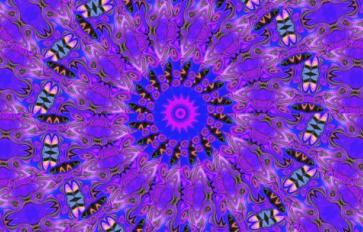 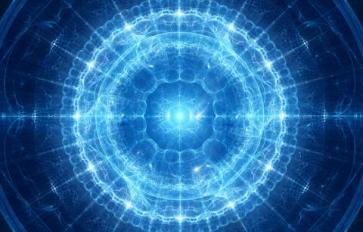 Read More
chakras, throat, healing
Speak Up! Be You! The Purpose Of The 5th Chakra
by  Gaia Sophia 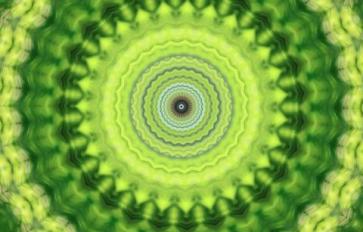