Microplastics: The Monster In Our Seas 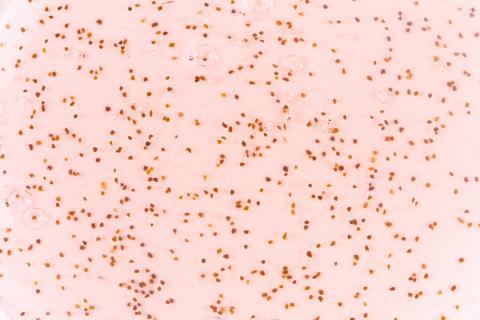 We’ve heard the term bandied about in ecological circles—but what are microplastics and how can we avoid polluting our planet with them?

With the Internet flooded with images of seahorses hanging on to pieces of straw, and penguins living on floating plastic islands, and whole swathes of plastic mini-seas floating in the high seas, it’s high time we educated ourselves about microplastics. What harm can they do—to our seas and ultimately our blue planet?

The name microplastic is basically self-explanatory: they are tiny pieces of plastic smaller than 5mm. While plastic in itself is not biodegradable, the plastic stuff that ends up in the water bodies is broken down into smaller pieces by the simple wave and water action. That one truckload of plastic waste is then broken down into trillions of smaller plastic parts, but that is just the tip of the iceberg. There are microplastics in clothes and paints, in cosmetics and in many other things we use. The cosmetic industry even manufactures microplastics for use in abrasive concoctions such as toothpaste, scrubs, and soaps—and these are dubbed primary microplastics. The plastic that starts larger but slowly gets broken down into smaller parts is called secondary microplastic.

What is microplastic pollution?

The microplastics and the bigger pieces of plastic that get broken down into microplastics are dumped into rivers, after which they end up in our seas and oceans. Here the microplastics are small enough to be actively ingested by the sea creatures, or inadvertently ingested through the very environment they live in—the polluted sea water. These microplastics destroy ecosystems like coral reefs and are bringing about physical and physiological changes in many sea creatures. Once the creatures ingest the plastic, it affects their brain and neurological function, as well as fertility and mortality. Their digestive system goes for a toss and if the microplastic accumulates in their stomach, it gives them a feeling of fullness, so very often sea creatures starve to death.

Humans are the biggest consumers of these sea creatures and the microplastic-infested seafood that we eat transfers the microplastics to us. The ultimate effect on humans is new territory, and research has barely scratched the surface of it.  New research now points out to the fact that there are microplastics larger than 2.5 microns that may have entered our drinking water supplies. Like any other pollutant, these microplastics can cause inflammation to start with since our immune system reacts to this foreign body presence. Plus, plastics can bind with heavy metals and start to accumulate in the fatty tissues of our body, causing various cancers and developmental diseases in the younger generation as well. There is a dire need for research to happen in this arena so that further steps can be taken to combat this self-created tsunami of problems.

It’s one very scary world out there…when the plastics become too small to be seen, felt or tasted, they may seep into our bodies and run amok—and become the biggest threat the environment and the human race has ever faced.

What can we do to curb microplastic pollution?

On a much larger scale, there has to be a concentrated effort by literally every country in the world to clean up the seas, rivers, and other water bodies. There have been little rays of hope here and there. Like a beer company that now manufactured edible six-pack tabs, replacing the traditional plastic rings. Or the dissolvable cassava-based plastic-like bags and containers being made by various companies. But all this is merely a drop in the ocean—plastic has become Gen X’s bane. So we do need to keep the earth clean to be able to sustain it, and for it to sustain us.

On a personal or individual level, here are some things you can do to curb the microplastic pollution…

Let’s be very clear—the microplastic threat is looming large and here to stay. The steps we take today will not clean up our seas any quicker, but they sure as hell would slow down the rate of microplastic pollution. And microplastic is a threat the human race itself may ultimately fall prey too. So reuse, recycle, remember, and repeat. Lastly, if you want to know more, watch this video to educate yourself and others about microplastics and microfibers. Protect the Earth, and let it sustain us.

If you have any comments or suggestions to share with us, write to us in the comments section below. The more we care, the more we save!