Superfood 101: The Many Health Benefits Of Nettles 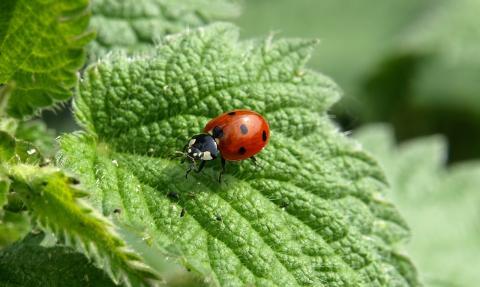 Nettles are a member of the family Urticaceae, commonly known as the Nettle family of the genus Urtica L. or Nettle P. with five species. The most commonly found is the stinging nettle, with three subspecies. The plant is native to Europe, Asia, Northern Africa, and North America. Nettles have been used since the Bronze Age as a medicinal herb and in spiritual rituals; scientists have found nettle fibers in burial cloths, linking it to the transition from life to death. As a healing herb nettle leaf has been used since ancient times to benefit male fertility and treat the effects of arthritis. Furthermore, it is packed with nutrients. Ayurvedic healers categorize nettles as bitter, salty, cool, and dry. The plant defends itself with minute hairs that release a chemical that irritates the skin, lasting for several days. Astrologically the plant is considered masculine, governed by Mars whose element is fire.

Nettles are a tall plant that grows up to four feet tall in dense clusters, giving a bushy appearance. The stems have a square shape that bear heart-shaped leaves with serrated edges that are dark green on top and paler green on the underside. The underside has a downy texture and both leaves and stems are covered with protective needlelike hairs that pierce the skin on contact. The sting is caused by formic acid, serotonin, acetylcholine, and 5-hydroxytrypt-amine which are present in the hairs. The plant grows wild in nitrogen-rich soil and can be found along roadsides, on the banks of streams, at the edges of fields, around stable areas, and in other human habitats.

What are the health benefits of nettles?

Nettles are rich in vitamins A, C, E. B1, B2, B3, and B5. The plant is high in minerals that include calcium, iron, folate, potassium, magnesium, manganese, phosphorous, selenium, and zinc. It has a significant amount of proteins and contains alpha and beta hydroxysitosterols, quercetin and rutin.

All that nutrition does more than help you ditch your multivitamin. The leaves, seeds, and roots of the nettle plant are used to treat inflammation, maintain a healthy upper respiratory system, and promote a healthy prostate. Nettles provide energy, benefit the immune system, balance lymphatic function, keep joints and muscles healthy, and aid in healthy skin.

Other health benefits of nettles include maintaining the health of the skeletal system. The plant contains boron, an element that contributes to balancing calcium levels in bones, thus reducing the risk of osteoporosis. Nettles are known to reduce systolic blood pressure and relieve tension and stress on the cardiovascular system, making them helpful in reducing the risk of cardiovascular diseases. The plant can break down kidney and gallbladder stones and acts as a diuretic, promoting kidney and gallbladder health.

Where can you find nettles?

If you harvest them in the wild, be especially careful due to the plant’s frequent proximity to civilization and the possibility of insecticide and herbicide sprays. Harvest the leaves in April or May when they are tender—the plant should be about six inches tall. Wear gloves and use a knife to cut and gather the plants. The sting from nettles can be relieved by applying nettle juice to the area.

How do you use nettles?

Each part of the plant has its own specific properties to use for particular purposes. Simmer the leaves for two hours, and then strain and bottle the liquid for a scalp and hair conditioner. Wash them in running water and steam the leaves for approximately twenty minutes and serve as a side dish. The leaves also lend themselves to enhancing soups.