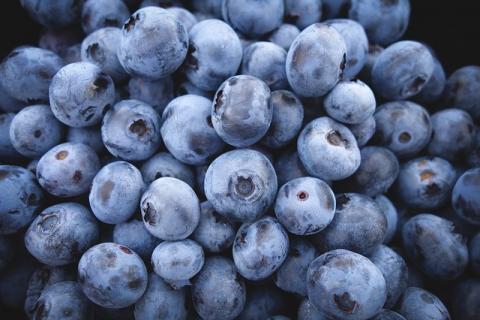 Stomach ulcers or “peptic ulcers” are truly terrible. They are sores that form in the lining of the stomach or in the first part of your small intestine. These sores can be quite painful, and when left untreated, they can become worse.  According to WebMD, if peptic ulcers keep coming back, you may have an increased risk of developing serious complications, such as bleeding or even a hole in the wall of your stomach or small intestine.

People who have stomach ulcers may experience these symptoms:

Often, people are prescribed such treatments as antibiotics, medications, or surgery, which can sometimes result in undesired side effects or even relapses.  Presently, there are other natural methods being used and considered for bringing relief to stomach ulcers. Interested in finding out some of the alternative strategies for managing stomach ulcers? Check out these 9 natural ways to heal stomach ulcers.

Ulcers have been said to arrive mostly because of the Helicobacter pylori (H. pylori) bacteria. Because of this cause, eradicating this bacterium and lowering the acidity levels in the digestive system is one approach to healing and soothing pain from peptic ulcers. Bilberry has often been suggested as a treatment to help heal stomach ulcers for this very reason.

Medicinal use of cabbage juice goes back many centuries. Cabbage juice has been used to help with ulcers because it is said to increase the amount of protective substances that line the intestine. The special ingredient in cabbage is known as glutamine. For those who are unable to find the time to juice cabbage or find cabbage juice at their local store, capsules and dried raw cabbage powder are good options as well.

Flavonoids are considered to be gastroprotective, meaning they support and protect the stomach, allowing peptic ulcers to heal. These can be found in many plants and teas, especially in green teas. Foods that are known to be high in flavonoids include parsley, onions, blueberries, black tea, and bananas.

Carrot juice, like cabbage juice, is said to help support and promote the growing of the protective layer of the intestinal area. This veggie contains antioxidants and vitamins, which can help the stomach to heal as well.

Consuming a few teaspoons of this sweet, powerful, natural antibiotic a day is said to help fight the H. pylori bacteria that causes stomach ulcers.

Probiotics have been used to help eliminate H. pylori and increase the recovery rate for people who have stomach ulcers. A few foods containing probiotics include cultured vegetables, asparagus, oatmeal, bananas, yogurt, kefir grains, and legumes. You can also check out this article for 7 plant-based probiotics.

This has always been one of my favorite natural remedies for many ailments including the stomach, and it has yet to fail me. In addition to being antiviral and antifungal, the oil of oregano is antibacterial as well. This makes it great in helping to eliminate the ulcer causing H. pylori bacteria.

According to the University of Maryland Medical Center, eating a diet rich in fiber, like fruit and vegetables, may not only reduce your risk of developing an ulcer, but also speed up the recovery time for those who have them.

It has been recommended for people with stomach ulcers to try and avoid the following foods or beverages:

When it comes to stomach ulcers, it is best to try and prevent them rather than wait until later to treat them. They are often linked to excessive consumption of alcohol, aspirin, other non-steroidal anti-inflammatory drugs, and caffeine. Some of the best ways to prevent stomach ulcers are lifestyle choices: not smoking, limiting or eliminating alcohol intake, eating a high fiber diet, consuming lots of fruits and veggies, and reducing stress.