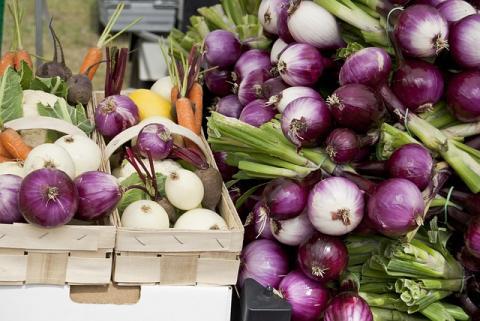 Just before my first trip to India, I went in search of advice on how to avoid “Delhi-Belly” and mostly got the standard recommendation: do not, at any cost, drink the local tap water (and beware that ice is also a hazard since it is usually made from tap water).

I usually drink water straight out of the tap at home here in South Africa, our water being one of the safest in the world. Strange: of all the things that our infrastructure does not get right, this one thing seems to be working. Nevertheless, I put aside my environmental concerns with bottled water and decided that drinking bottled water for a few weeks to protect my health while abroad was a reasonable exception to my aversion to increasing landfills.

Also, any 10 second Google search told me the same thing. “Don’t drink the local water” seemed obvious enough, so I wondered how that would really help me with a problem encountered by many foreigners, who presumably did not gallivant around India drinking tap water.

At the airport, as we were about to check in, my aunt dropped an unexpected gem: eat the local onions, raw.

I was a little skeptical at first, having never heard this advice before, but I decided that it probably would not hurt to try it.

Onions are known for their pungent smell and sometimes overpowering flavor. Often used in Indian dishes, it is a vital part of the “vagaar”. A vagaar is made with onions fried in ghee, to which spices are added.  Vagaar is used as a flavor base in curries and other Indian dishes.

Apart from flavor, onions have many health benefits and healing properties, including the old remedy where you cut a white onion in half and leave it overnight to absorb flu bacteria. Eating onions raw is better than having them cooked, since cooking might deplete some of the nutrients.

So, I tried it, and I really do believe that it worked. From Cochin to Goa, Bombay to Delhi, I made sure to eat some raw local onions before eating any other local food. This was quite easy, since most restaurants served a sort of onion salsa as an appetizer.

Maybe this was all a placebo, or just luck, since I’d only heard anecdotal evidence that onions really work to help your body deal with strange new foods. But I am convinced, because after spending 4 weeks in India, eating onions all the way, I felt no ill effects after eating even the street food.

After leaving India, I spent 3 days in Dubai and decided it was safe to forego the onion rule, since the food in Dubai seemed so much more westernized and familiar – alas, on the second day, my tummy rebelled, and I quickly sought out some local onions, in an effort to turn back the clock and protect myself from anything else that my stomach was not accustomed to.

It was too late then, and I had one miserable day of nausea, the day we had planned to go dune-bashing, no less, but I had learned my lesson. Always eat the local onions – your tummy will thank you.

ALL ARTICLES BY Aneesa Bodiat