The Effect of Trapped Emotions (And How to Release Them) 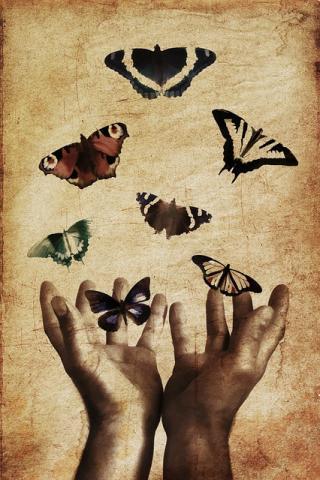 Imagine, if you will, your true soul essence, your authentic nature, ready to manifest here on earth as bright as could be. As it came through, from wherever it was prior to birth, it was placed into a patterned cage with various notes and energy signatures that were the out-picturing of lifetimes of experiences, as well as generation after generation of thoughts and impressions. This cage became your identity until you were able to get out. You knew that you would not be able to live your pure soul light, authentically, while inside of this cage. But you also knew that by figuring out how to release yourself, you would be unlocking the cage, not only for yourself, but for your entire ancestry. You would also be releasing a huge portion of the collective web that has manifested as a matrix which has kept out Divine Light for millenniums.

This is not just a story...

Emotions which are unaddressed in the moment they originally stir, can become trapped in the body and affect us more than we would imagine. When we don't allow ourselves to really feel something that is rising up in us, be it anger, frustration, sadness, tears, disappointment or whatever, these emotions don't simply go away. Instead, they become lodged, as energetic and chemical compounds in and around the body that prevent us from functioning normally and in full health. Beyond that, they start to create a distorted story about who we are and what life is. We start to respond to and from this story and so do those who interact with us. That's right, those who interface with us DO NOT see our divine essence when we are blocked by trapped emotions and stories. Instead, they see our stories... broadcast through energetic patterns all around us.

By bringing past unexpressed, trapped emotions into the conscious mind and helping to release them, we are able to not only free ourselves to live our truth, but we free those around us to do the same. Not only can others start to see us, but to see themselves, and thereby be inspired to clear their stories and live from their truth.

You and I are energetic and vibrational beings. We are comprised of various vibrations which manifest due to energetic signatures we brought forth from past lifetimes as well as those passed down to us from our ancestors. These energetic patterns can be read, by those who are in-tune, and are often called the Akashic Records. They are basically energetic libraries of information in our DNA, which radiate out into our body's auric field and create a story, which we live from and through, until we are able to clear it. This story line is further enhanced by subconscious imprints given us in childhood, and together, these stories and imprints block our true authentic soul-light from shining through. Instead, we get a distorted version, clouded by the imprints of past lives and inherited impressions.

“I'm not good enough.” - - and therefore create a life framework which spells out not being good enough by manifesting events and people which reinforce you not being good enough. These can cycle and replicate themselves into all areas of life until this core belief – which can come from past or inherited disappointments, betrayals, feelings of being taken for granted, etc. – is released. Remember, this doesn't even have to come from this lifetime or be YOURS ...you could be simply playing out this story from your great-great-great-great-grandmother.

“I don't deserve this.” - - again, manifesting situations that reinforce not deserving, meaning you could lose things or people or money repeatedly because the underlying story says you don't deserve it. This might have come from a past life wherein you acted poorly and stole from someone or you had your greatest love killed in front of you and then led a life of sorrow thereafter. This over-riding frequency stayed in your field...until now – when it is cycling back for a repeat until it can be healed and released.

“Who will ever love me?” - - this story line can come from an adopted great-grandparent who felt unloved because they were given away; it can come from a past life where a longtime spouse left you for someone else. The point is – it may have nothing to do with this life, AT ALL. You are simply STILL carrying the story in your field and you are recreating it by living through this particular field, unconsciously.

Awareness in this Time

Luckily, we are in a day and age where this information is not only being discovered, but the ways in which we can unburden ourselves from these various patterns and impressions are readily available as well. Through working with the subconscious mind, we are able to access what stories have been left there, which influence our every move, our every thought, and our every feeling.  The truth is, until we clear these things away, we are not really sovereign, since these stories will continue to play themselves out through us without our knowledge until we remove them. We will think they are us. Until we gain enough consciousness to realize that there are things we are living, expressing and feeling that simply can't be us! They don't feel like ours, and we seem to not be able to get away from them.

I have stumbled upon various means by which the subconscious can be emptied out and opened for clear soul connection. This has been my life's work, with great success. For once the subconscious mind is addressed -- the place from which all action and thoughts, and therefore the place whereby all results are achieved -- is suddenly altered.  When the stories are untrapped, the person becomes able to access their pure soul-light, instead of repeating patterns. When this occurs, actions become authentic and results become aligned.

During the time I spent studying yoga in India, we practiced this technique daily, and over a four-month period I literally felt my body/mind lighten, and saw the way I approached life on every level change.

Through this meditation, done in a reclined, relaxed position, you simply follow the instructions with your mind as the practice leads you through 8 different stages. Each time you practice, you are able to get a bit deeper. And by choosing a specific resolve, or affirmation you would like to see manifest in your life, you are able to track your results over a period of time.  I was able to alleviate a life-long struggle with my digestive system within 2 weeks of consistent practice. This issue, over 10 years later, has never returned.

The Emotion Code technique was discovered by Dr. Bradley Nelson, a chiropractor who found through the use of kinesiology, that as many as 80% of physical symptoms in the body were caused by trapped emotions. He developed a system to locate trapped emotions and release them from the body easily using magnets. I took his training and extended what I learned and merged it with what I had discovered in yoga nidra practice and other work on the subconscious mind. By developing a system of charts, I have found that when you have the right questions, the subconscious is more than willing to give the answers.

I have used Emotion Code personally and with hundreds of others with great success in locating and releasing trapped emotions. Then, by honing in on past life patterns and asking questions geared at what stories might be running in the field, I have been able to help release these inhibiting beliefs and webs of repetition with great success.

This technique is akin to psychic surgery, as it is so quick and effective at locating and releasing trapped emotions and repeating story lines. Of all the methods I have found for clearing out stuck stories, this is one of the quickest and most effective, as well as the easiest to apply for most people.

During a session, there is no need to talk and divulge years of uncomfortable memories; instead, you just give your age and the issues which are blocking you now, and let your practitioner ask your body's field what trapped emotions are ready to be released and when they became trapped. It is a simple method; the results are noticeable and fast. I have never found its equal and it is why I have invested so much of myself into continuing to deepen and further develop this technique for my clients.

I realize it is not always affordable to seek professional guidance when wishing to help clear trapped emotions, so I am mapping out ways you can approach this process on your own.

1. One way is to simply find Yoga Nidra recordings on-line (I have several on CD Baby: http://www.cdbaby.com/cd/stasiabliss2). You can play these meditations to yourself during the day or before bed to allow your body to release unwanted patterns and beliefs.

2. Another way is to write a list of all the events you can recall that might have come with an emotional charge – going back as far into your past as you can recall. Then write what emotions you think could be associated (for you) with these events. (You may use the Emotion Code list of emotions chart found on Google Images as a reference). Once you have found emotions which could be trapped, for each one use your hand, and with intention, run the palm from the tip of the nose up over the top of the head to the back of the neck, three times – to trace the governing meridian of the body. In this way you can help the body release each one that you have found and allow it to exit via the body's main meridian.

3. Engage in Alpha brainwave meditations, which help the body to shift into the state when emotions were most likely trapped (at least in this lifetime), and release them. You can find alpha brainwave beats on YouTube. If you choose this method, stay with it for a while and listen regularly. This will gradually, over time, help your body to realign to a natural state of health and push out trapped emotions and mental patterns as a result.

4. Yoga – beyond energetic practices, simply find a yoga class and go regularly. Though yoga is good for the physical body, it also does wonders for the mental/emotional body. Postures are designed to bring you back in balance on all levels, and over time – you can definitely start to release limiting patterns and beliefs. Just stay with it!

There are other things which can be done to help release trapped emotions which keep you from living and expressing your natural state of being. I have outlined just a few. By letting go of trapped emotions in your body and in your field you free yourself up to live a truly authentic life. It is an incredible relief to live without the cage of past life patterns, early childhood impressions and inherited emotions. If you have not addressed the subconscious mind and the vast library of stories kept there, I would highly recommend it!