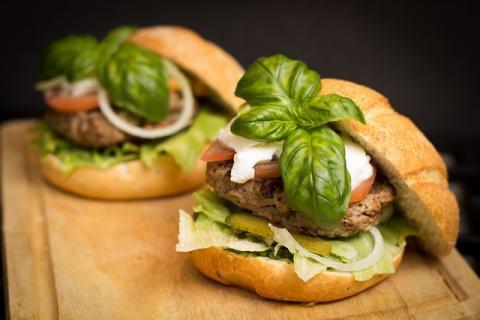 Contrary to popular belief, recent research shows that eating sustainably sourced meat is not taboo. In fact, eliminating meat from our food system could actually be unsustainable.

One of the biggest factors questioning meat consumption is that livestock requires a significant amount of feed to produce. However, only about 18 percent of animal feed is made up of grains or other crops that people might eat. The rest is made from crop residues, grass and waste from milling grain and other food processing, reported Grist.

The other widely debated fact is the waste that comes from animal agriculture. While humans don’t eat every part of the animal, other parts are used as valuable resources that would have to be sourced in other ways if not through animal production. For instance, pig parts contribute to a variety of material goods from bullets to artificial hearts, according to Christien Meindertsma, author of “Pig 05049.” Plus, the manure animals produce creates valuable fertilizer that, if not available, would require other agriculture industries to double or triple the amount of chemical fertilizer they use, according to Grist.

In a recent article by Diana Rodgers, a registered dietitian and nutritional therapy practitioner who lives on a working organic farm, she also argues that “meat is magnificent.” She discusses how almost all of the water used to produce grass-fed beef is green water (primarily rainfall), and that the total amount of water beef production requires is actually much lower than rice and sugar crops. She also addresses the issue of greenhouse gas emissions. She states that a properly managed farm supports a healthy soil ecosystem, which can offset carbon and methane emissions, giving grass-fed beef a net neutral or even slightly negative greenhouse gas footprint.

To vegetarians or vegans who are concerned about the inhumane treatment of animals in our food system, Rodgers wrote another article, explaining that small-scale slaughterhouses are very conscious of using humane handling techniques, stating that they make sure an animal dies quickly, as opposed to, say, a hyena feeding on a wildebeest. She also cited a recent study from Tufts University that shows how a vegan diet is not the most sustainable from a land-use perspective.

It is important to note that the keyword here is sustainable – of course issues like factory farming and the inhumane treatment of animals that often comes along with the processes of large scale meat production are neither fair nor sustainable. But, it turns out that buying meat from your local farmers market or co-op seems to be fairly negligible in the grand scheme of agricultural resources.

As the controversial debate continues, recent research is pointing towards sustainable animal agriculture as a very vital part of our overall food system. Without it, parts of our food system could start to falter. So, the most important question remains: To eat meat or not to eat meat? What do you think?