Dirty Diet: Why Eating a Dirty Diet May Be Beneficial 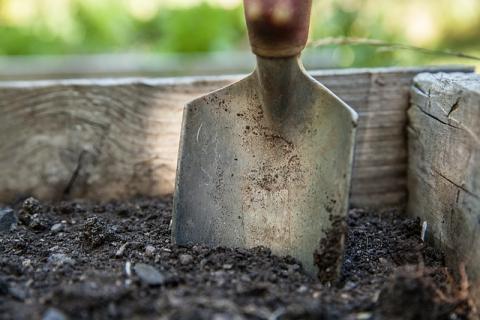 Do you remember being told to wash your veggies before you ate them? Well, I’ll let you in on a dirty secret. If they are grown organically in uncontaminated soil free of harsh chemicals, you might not have to wash them before you feast. Why, you ask? Because eating a dirty diet could be beneficial. The dirt on your veggies may contain healthy soil-based bacteria, which is linked to easing digestive problems and regulating our immune systems.

Prior to the 19th century, we usually picked our fruit and vegetables, lightly dusted them off, and ate them. As time went on, and harmful pesticides, contaminants, and chemicals came about, we were pushed to wash and scrub our produce. Now that natural and organic gardening practices are becoming more and more popular, researchers are discovering how dirt might actually be a beneficial part of our everyday diet.

Eating most raw vegetables can cause indigestion, but a little uncontaminated dirt on your raw veggies may actually help with that! When researching about eating dirt, I learned about Soil-Based Organism Probiotics (SBO’s). These are beneficial strains of foreign, but friendly, soil-based bacteria. When ingested on a regular basis, the bacteria act as a buffer to safeguard the natural intestinal flora, which eases digestion.

Some rising evidence suggests an increase in allergic and autoimmune disorders may be due to our bodies lacking exposure to beneficial soil-based microorganisms found in dirt. Maybe this is because in studies of hygiene hypothesis, researchers discovered that some of the bacteria in dirt can help development as well as strengthen immune systems.

Soil-based bacteria are not normally talked about and are definitely underexposed in our diets. SBO’s are said to offer benefits such as stimulating white blood cells and creating anti-bodies, while also reducing constipation, abdominal discomfort, bloating, nausea, and flatulence. Who knew eating a dirty-diet could be so nice?

Unfortunately, much of our soil today is contaminated by industrial or human pollutants, which makes it a considerable threat to anyone who eats it. People who desire to eat a dirty-diet are highly encouraged to grow their own produce in an organic, natural, controlled, and uncontaminated environment.