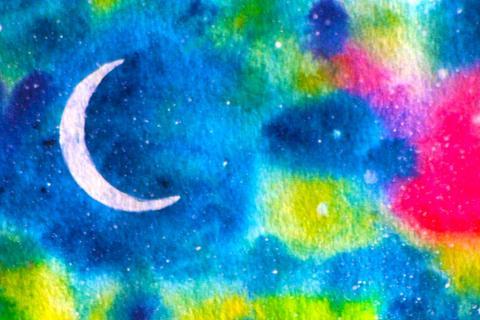 The Libra New Moon, on Saturday, September 28, carries a strong Libra vibration because it features 4 planets in the balanced and peace-loving air sign of Libra—Sun, Moon, Venus, and Mercury. Innovative Uranus in Taurus also will form a stressful (challenging) angle to the Libra Sun, Moon, Venus, and Mercury, meaning that relationships that are out-of-balance will likely undergo stress during the 2 weeks before and after the New Moon. High focus will be on the fine balance between preserving peace and harmony in relationships and being self-expressive, individualistic, and free.

If you have sacrificed your needs and your own wellbeing for the sake of others and your relationship with them in the months leading up to the New Moon in Libra,  this will be an excellent opportunity to turn the spotlight back on yourself for self-care and healing. If you have been overly self-involved, it will be important to turn the spotlight on others and make compromises to accommodate their needs.

The Sign of the Scales, Libra, is about balance, equality, and fairness. These principles will apply to all areas of your life under the late September Libra New Moon. Think of any areas where you may have given or received too much or too little. This could even apply to your finances.  If you are owed money or time from others, this is the time to gently and diplomatically collect what is owed. If you owe money or energy to a person or a cause, this is the time to contribute your money, time, or energy.

Pluto in Capricorn at the Libra New Moon also will unearth injustices from the past—from the deep past, potentially many years or decades ago—for healing, re-balancing, and renewal.

Mars in Virgo at the New Moon will also require much precision in your dealings with others. Make sure you have your facts and have considered multiple perspectives and points of view before proceeding forward in discussions, contracts, or new ventures.

And with karmic Saturn in the disciplined sign of Capricorn at the time of the New Moon, the push for fairness will be even stronger than usual. Karmic consequences—meaning what you sow, you will reap—will be in high focus. The law of karma is exacting. Nothing comes to anyone that has not been fully earned. Yet, beneficial Jupiter in the lucky and optimistic sign of Sagittarius at the time of the New Moon will provide spiritual protection to those who tune in to their higher selves and pray for divine assistance.

Finally, with expansive and lucky Jupiter forming a square angle to spiritual Neptune during the New Moon period, you will derive great benefits from spiritual “soul-utions” to persistent problems. “Soul-utions” could include prayer, expressions of gratitude to the Divine, meditation, or positive affirmations. Your thoughts carry a strong resonance under the influence of Jupiter and Neptune, so make sure to direct your mental energies in a positive direction! Further, under the Jupiter-Neptune square, it is just as easy to project negative thoughts that will pull you downward as it is to project positive affirmations and prayers. So, concentrate on what you do want—and not on what you don’t want—at this time. Jupiter also may expand illusions that are created by the mind—so again, check your facts with someone who can see situations you are in clearly, objectively, and realistically. This will help you make the best possible decisions under the Libra New Moon in late September.

Additionally, Libra New Moon energy is oriented toward creating and preserving relationships. Its forte is doing the right thing from a mental rather than emotional perspective. So, if emotions are stirred under the Libra New Moon, wait a few days until the Moon travels into the emotional water sign of Scorpio on Monday, September 30, before sorting out your emotions and getting to the bottom of your feelings and the reasons you are experiencing them. Then, wait until the Moon moves into the philosophical sign of Sagittarius on Wednesday, October 2, to make a fair and impartial assessment that will lead you to a balanced and just decision about the relationship or situation in question. Planetary energies will support your right actions!