Hypnotherapy: Does It Really Work? 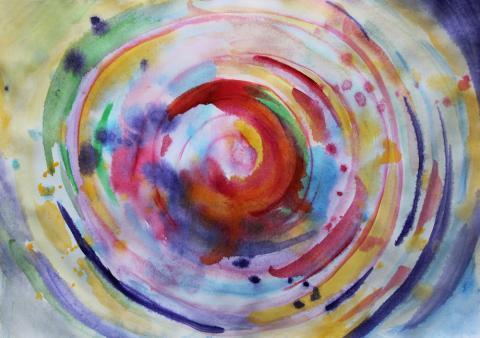 I’ve struggled with a fear of flying for over a decade, and have tried just about everything to help me get on a plane without feeling like I’m going to faint, shake myself to death, or wake up screaming from nightmares prior to the flight. While dealing with a fear is often a multi-faceted approach, one resource helped far and beyond all others: hypnotherapy.

What is hypnotherapy and how does it work?

Hypnotherapy might make you roll your eyes or think of a person waving a ticking watch in front of an unsuspecting victim, and both would be understandable. Hypnotherapy has been misunderstood in the past, and it hasn’t helped that many fraudulent cases continue to happen.

Forget all of the ideas you’ve carried about hypnosis and try this as defined by this article in Psychology Today: “Hypnosis is a state of highly focused attention or concentration, often associated with relaxation, and heightened suggestibility.” Hypnotherapy is typically used to help with problems including anxiety, phobias, smoking, weight, sleep disorders, and bad habits or vices. I originally tried hypnotherapy to help with my fear of flights, but others have gone in to deal with fears including snakes, confined spaces, and even stress.

Before we discuss how it works, it’s important to talk about the validity. For many, hypnotherapy is still a controversial topic, in large part because of stage acts that most of us are familiar with. In fact, most hypnotherapists don’t begin their sessions with the sentence, “you are getting very sleepy…” and instead discuss the issues that their patient is confronting. An early 1998 study looked at hypnotherapy’s effects on smoking cessation; unfortunately, the study was not able to show a difference between smokers who received hypnotherapy and those who didn’t. However, a 1999 study found a 90% success rate in smokers who underwent a hypnotic intervention, with 39 of the 43 patients continuing to remain abstinent over six months later.

An even earlier study looked at hypnotherapy as a form of coping with cancer. 256 patients had hypnotherapy over a two-and-a-half-year period. Of those who survived, 61% reported improved coping.

It’s important to note that while most hypnotherapy tends to have favorable results, hypnotherapy doesn’t work for everyone. Why? For one, our brains can be wired differently. A 2012 study from the Stanford University School of Medicine demonstrated that roughly one quarter of hypnotherapy patients aren’t susceptible to hypnotism; this figure is significantly higher than the ones seen in the studies above. Secondly, it’s difficult, if not impossible, to hypnotize someone that doesn’t want to be hypnotized. After all, hypnotherapy works as a power of suggestion. Lastly, those who have trouble concentrating may not be able to experience hypnosis.

How do I find a hypnotherapist?

How many sessions do I have to attend?

Like most therapy, treatment depends on the patient, the issue, and the treatment that the hypnotherapist and patient agree upon. Individual sessions typically range from 60 minutes to two hours, including the time in which you are introduced to your hypnotherapist, become relaxed, are inducted, and slowly awakened from your trance.

How long will the benefits last?

Again, this depends. Most hypnotherapists will suggest you listen to pre-recorded tapes daily or several times each week depending on the issue you are trying to resolve. Several years later, I still listen to my hypnotherapy tape in the weeks leading up to a flight. The best way to understand how long benefits may last is to speak with a licensed hypnotherapist.

So, is hypnotherapy real?

Yes, and the studies mentioned above prove that it can work. That said, it’s important to remember that hypnotherapy isn’t magic. In fact, it takes work from both parties—the hypnotist and the patient—in order to see improvement. Also, expect your hypnotherapy session to barely, if at all, resemble stage hypnosis. Any behavior that you would normally be very uncomfortable with cannot be forced on you, despite feeling as though you are in “a trance” or asleep.

Have you tried hypnotherapy? Did you feel as though it worked well for you? Let us know in the comments below!