What’s Your Tongue Telling You? A Map To The Organs 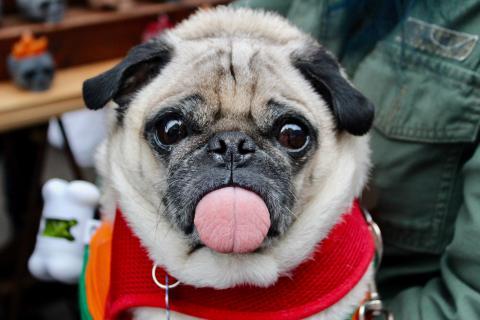 In Chinese medicine, different parts of the tongue reflect what’s going on in different Organ systems.  In the first 3 parts of this series on the basics of tongue diagnosis, we got into what tongue body color, tongue shape, and tongue coat have to say. This article will allow you to use those tongue qualities to get more specific as to where in the body an imbalance may be manifesting.

What do different parts of the tongue have to do with the different Organs? The theory involves the meridians, pathways through which qi, or vital energy, flows.  Meridians originating in the different Organs either directly or indirectly reach the tongue. As a reminder, Organs in Chinese medicine are capitalized to distinguish them from organs in Western medicine…the roles don’t entirely correspond with each other. Aside from the meridians, there may also be what practitioner Giovanni Maciocia refers to as a “resonance” between different parts of the body, wherein a condition in one place may also be reflected in a totally different body part, including the tongue (1).

The upper burner corresponds to the upper part of the body from head to diaphragm. It includes Heart and Lung function and is reflected in the front third of the tongue.  The upper burner is responsible for fluid distribution in the body.

The middle burner is from the diaphragm to the belly button. It corresponds to the middle third of the tongue and reflects the Stomach, Spleen, Liver, and Gallbladder. The middle burner is responsible for breaking down food and drink and transporting the resulting nutrients.

The lower burner is from the belly button to the feet and corresponds to the back third of the tongue and reflects the Kidney, Bladder, Small Intestine, and Large Intestine meridians. The lower burner separates the pure and impure essences—essentially the nutrients and the wastes—from our food and beverages, removing the latter from the body.

So, what are we looking for?  The location of features like tongue coat, cracks, swellings, peeling or bald spots, red points and differences in coloration…anything that stands out on the tongue.

1) When the Stomach is failing to produce enough fluids, it’s referred to as Stomach yin deficiency. It may arise in folks who have irregular eating habits or someone who eats a lot of drying foods like baked goods (1). When the issue is longstanding or severe, the center of the tongue will look peeled or bald.

2) When someone has a weak digestive fire due to eating too many cold, damp foods, there will likely be a thick, white coat over the center of the tongue.  This reflects conditions of the Stomach and Spleen, which are two important organs of the digestive system in Chinese medicine. The person may have excess mucus accumulation along with gas, bloating, and indigestion.

3) When food is being retained and is fermenting in the Intestines, it’s a condition of “damp heat,” indicated by a greasy-looking yellow coat towards the back of the tongue. This can also result in gas and bloating, and looking at the tongue can show that this issue is manifesting farther down the digestive tract than the Stomach (as in example 2).

4) A tongue with swollen sides indicates heat in the Liver, which may be accompanied by anger, irritability, insomnia, frontal headache, dry mouth and constipation. A more extreme example of heat would be red points over the sides of a red tongue, indicating Liver fire (1). This manifests as volatile anger, irritability, red complexion and eyes, headache, constipation, and other signs (2).

5) Cracks on the tongue indicate deficient fluids and/or excess heat.  A vertical crack over the center of the tongue over the middle burner points to issues in the digestive system, though if the crack extends to the tip of the tongue, it indicates issues with the Heart.

6) Red spots on a red-tipped tongue indicates Heart fire, which can come from long term grief, depression, and/or anxiety.  In my experience, red spots on the tip of the tongue like to show up after heartbreak. Heart fire may also result from issues in the Liver that rise up and impact the heart.

Some basic nutritional support to counter cold, heat, dampness and dryness can be found in the previous articles in this series on tongue body color, tongue shape, and tongue coat.

That wraps it up!  The 4 articles in this series should give you the basics to start listening to your tongue.  The more you check it out, in the morning, when you’re sick, in different seasons, whenever, the better you’ll get!