5 Best Herbs For Your Sex Life 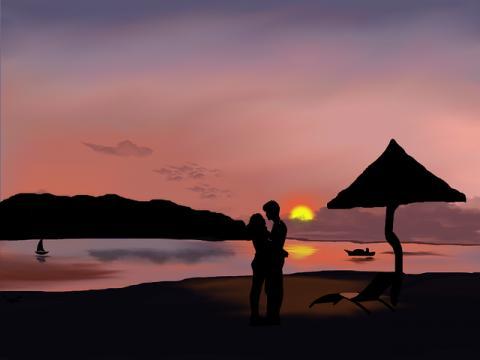 Just like our mind, body, and soul can get unwell or need some enhancements, so can our libido. Men and women both deal with sexual dysfunction issues whether they are mild, severe, permanent, or temporary. Needing a boost in the bedroom is nothing to be ashamed of or embarrassed about. It happens! Menopause, andropause, medication, anxiety, stress, and many other factors can be to blame for sexual dysfunction. A look into the ancient medicine cabinet will show many that there is hope.

A low libido, erectile dysfunction, premature ejaculation, and the simple lack of desire are just a few types of sexual dysfunction. Don’t let the title “dysfunction” scare you away: it basically means that something somewhere in our bodies isn’t functioning properly or maybe even the way it used to when we were younger. Today’s walk through Mother Earth’s Medicine Cabinet will take us down the sexual healing aisle where we will find 5 of the best herbs to boost your sex life!

There are at least nine known species of ginseng named according to the region in which they grow. For example, there is the Asian, American, Korean, and Japanese ginseng, just to name a few. Asian (Panax ginseng) and American (Panax quinquefolius) are known to increase libido due to the ginsenoside compounds found within the plant. In Traditional Chinese Medicine, ginseng has been used for years as an aphrodisiac, to treat erectile dysfunction, and to enhance sexual behavior. Ginseng improves a man’s sperm count and the quality of the sperm. There are very few studies pertaining to ginseng and the effect it has on women’s sexual function but its aphrodisiac properties are effective on both males and females.

Muira puama is also known as “Potency Wood” for the effects it has in the bedroom. The plant is native to South America. It is well known as a tonic for the central nervous system but it is also used as an aphrodisiac. It is a safe and natural alternative to prescription medications used to treat sexual dysfunction in females. A study involving 202 healthy women complaining of low sex drive showed that muira puama, in combination with Gingko biloba, significantly improved libido and sex drive in at least sixty-five percent of the women involved in the study. Sexual desires were enhanced, as well as excitement levels, increased sexual desires, and intensified orgasms.

Gingko biloba is used to naturally relax the body, along with enhancing memory -- but that’s not all it’s good for. Gingko naturally relaxes the body’s blood vessels that allow nutrients to be transported throughout the body. It is also known as a kidney tonic. Gingko improves vascular insufficiency which in turn also improves the amount of blood flow to the penis, easing erectile dysfunction and allowing stimulation to the vagina. It’s a win-win for males and females both. Combine gingko with the muira puama and you’re in for one hot night.

This shrub is native to Southern Texas, Central America, Mexico, South America, and The Caribbean. It is a folk remedy that has been used for hundreds of years for treating erectile dysfunction, testicular atrophy, premature ejaculation, and low desire with science to back its benefits. People who suffer from anxiety and nerve sensitivity benefit from the use of this herb. It helps relax your mind and body, making it easier to perform without anxiety. It is also known to eliminate sexual exhaustion, helping men perform longer and harder.

An herb native to Malaysia, Thailand, Vietnam, and Laos, this herb has been the talk of the town with an honorable mention from Dr. Oz and a seven-minute segment on ABC News. The extract of this herb benefits both men and women. For women, it helps bring about arousal and desire, as well as increasing and improving erogenous sensitivity. Tongkat ali is considered to be one of the most potent aphrodisiacs. The herb normalizes hormone levels by gently increasing the body’s natural testosterone levels -- making it a unisex aphrodisiac. It helps remedy age-related sexual disorders and symptoms of andropause.

There are many reasons a person may want to boost their sex life whether it be a sexual dysfunction of sorts or just a decrease in desire. There is nothing to be embarrassed about and there is definitely nothing wrong with giving your sex life a boost. The medicine cabinet holds something natural for almost every ailment out there. I hope today’s walk through the medicine cabinet finds you well and in a good way! Don’t be afraid to add a little boom in the bedroom!