Killer Foods In The Kitchen 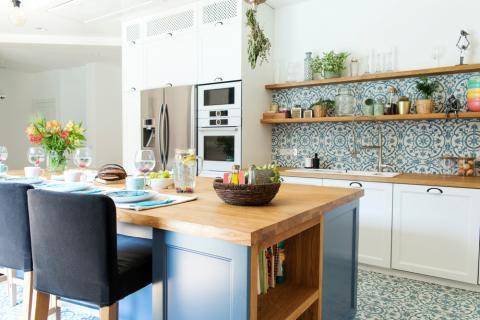 Think food and poison together, and you’d probably come up with puffer fish that seems to kill an equal number of chefs and their ardent followers every year. But what about common foods in the kitchen?

So here let’s not mention the obvious pesticides, insecticides, additives and other cleaning and corrosive chemicals that can seep into food and kill us. The top seven poisons in the kitchen often come from food itself – vegetable, fruits, meat, and spices – they are all out to get us, or so it seems…

Kind of an obvious one, you’d say, what with avian influenza doing multiple rounds in various parts of the world, and the summer advent of salmonella. That said, we know more than we did before and so ensure that the eggs we consume are free-range, washed and fully cooked before we eat them. Even so, eggs have been on the forefront of the yay or nay debate on whether they are healthy, or just one way of slowly poisoning the human body. Or for those who opt to leave out the yolks in favor of the ‘healthier’ whites -- bad news. Egg whites contain trypsin inhibitors that basically make protein digestion and absorption a big problem.  Wondering how many eggs to eat in a day, on the safe side? Most nutritionists believe that it’s perfectly healthy for a normal human being to consume up to three chicken eggs a day – with yolk and all.

Not talking about the mushrooms that can kill or the ‘shrooms that give you a high. Even normal ‘edible’ mushrooms such as shiitake and the common white button mushrooms are high in carcinogens when raw – aka eating raw mushrooms might just give you cancer. Raw mushrooms contain minute amounts of a compound called agaritine which can be carcinogenic in large quantities. However, cooking before consuming basically destroys agaritine and instead releases a micronutrient called ergothioneine, which is an anti-cancer antioxidant. So please, cook your ‘rooms well!

Yet another ingredient under perpetual debate for its pros and cons, honey is still a kitchen staple on many kitchen tables. But why is honey considered bad by so many? Processed honey is the kind that has been pasteurized to kill bacterial spores but considered impure and unbeneficial by many who believe that its natural enzymes are killed by the heat. Even so, raw honey carries its own set of risks, the prime one being the botulism spores in it which may cause gastrointestinal infections especially dangerous to infants less than a year old (note: honey (however it’s packaged) should never be consumed by children under 1 year old). The second risk is honey made toxic by pollen from toxic plants such as oleander and rhododendron. The resulting honey can be poisonous to humans, especially if collected by so-called organic manufacturers that literally bottle it from the hive, and have little or no knowledge of botany.

Such a healthy fish brimming with Omega-3 fatty acids shouldn’t be on a list like this, should it? Ideally, no it shouldn’t. The problem with tuna, as is with all fish in the sea, is that it’s high in heavy metal and mercury content because it feeds on tainted fish, which are in turn poisoned by our habits of dumping trash and biochemical hazardous materials in the sea. So while tuna is great for you and the FDA doesn’t really know how much tuna is bad for you, it’s better to err on this side of caution and limit your intake to say a can or two per week.

We’ve all lost precious childhood sleep over inadvertently swallowed pips or pits, worried that a tree would somehow grow out of our stomachs and rip us apart. So that didn’t happen and we all got to know what urban legends were about. The problem with the pits and seeds of fruits like cherries, apples, peaches, pears and even plums are that they contain minute amounts of cyanide. Swallowing one or two inadvertent ones isn’t going to make a difference – but if you tend to blend your fruits into purees, smoothies, and shakes – make sure you remove the pits before use.

As good as fruits are for us, proponents of Ayurveda and naturopathic diets consider dried fruits to be healthier. This many not actually be true. While dried fruits are nothing but dehydrated fruits – they are good for you only if sundried with little to no chemical exposure except maybe the addition of preservatives. That’s rarely the case and most if not all manufacturers of dry fruits use chemicals aplenty and add harmful colors and taste enhancers – not good for you. Another big problem with dry fruits is storage – storing them in a hot or moist environment can give rise to mycotoxins, a chemical produced by certain fungi that thrive in these conditions, which are very harmful to human health.

Never has there been a spice more flavorful and more controversial at the same time. A pinch of nutmeg on eggnog, in casseroles, puddings and cakes has long been a holiday tradition. Nothing can copy the flavor of nutmeg – for it is one with the holiday spirit. That said, nutmeg is a not-so-subtle poison. Ingestion of more than a couple of tablespoons can lead to symptoms such as dizziness, sluggishness, nausea and an overall out-of-body experience. It is also a contraindication in pregnancy – since it’s bad for the developing baby (as is alcohol and any other drug).

Freaked? Well, don’t be. Remember, most things in moderation are fine to have, just make sure to prepare food properly!