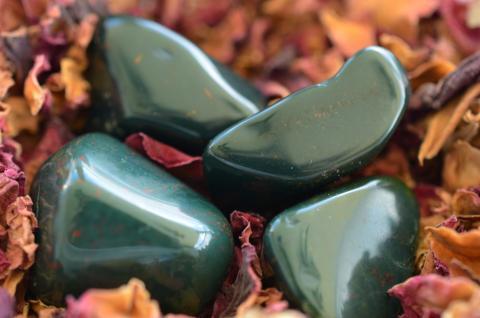 At the return of spring in the Northern Hemisphere, Aries sits at the beginning of the zodiac, representative of the start of something new. The stones that support the energy of this sign assist in the task, as Bloodstone instills courage and Diamond not only brings clarity, but inspires ingenuity. These two crystals together bless the Aries-natured person, or one who is wishing to align with her fiery nature, to be bold and brave in the face of challenges.

Aries is often blamed for being selfish; as the first sign it denotes individuality and represents initial awareness of the self. Some would say this is the child-like nature of the zodiac who has not yet developed its sense of community or a higher power, though without the fire of Aries, nothing would begin, and no further awareness would ever be reached. It is the initiator and the seed of creation.

The stones representing and supporting Aries reflect this initial flame. Diamond, being the stone of all stones, the hardest of gems, able to refract all colors within its facets, is the perfect example of what Aries can truly be. For at the beginning of any project, including the evolution of one's consciousness, there must be a hardness, a toughness, a willingness to move ahead that is unbreakable. An Aries mind contains a glimpse of all the “colors” of what is to come and is determined to set things into motion.

Bloodstone has often been called the martyr stone, as it was once thought that it absorbed the blood of Christ as its unique red blotches. As the pioneer of the zodiac, it is not uncommon for an Aries person to feel somewhat the same self-deprecating, “save the world” sort of energy as they ignore the challenges and forge ahead towards what is calling them forward. Bloodstone is the bravery stone and also carries rays of healing. So in the case that “racing ahead” lands one in folly, as it often can at the beginning of trying something new, this stone is meant to support and speed the healing process in order to get one back on the move.

Aries is often seen as impatient and impulsive; no new path would be trod without the energy of the Ram personality. They act as the light on a new trail, which ignites curiosity in those who follow. Diamond energy is solid, and makes the same sort of flashy, daring presence in the world with its bling. A diamond personality is clear and cuts right to the issue, removing obstacles and barriers that stand in the way of success and the trail-blazing which must be done. One who is “awakened” is often referred to as one with “Diamond Consciousness” which refers to their crystal clear vision and open inner eye.

Though Aries is thought of as the infant of the zodiac by many, perhaps it is instead that the energy of this sign comes from the future, sure of what magic is to come if we but walk into the darkness and reach into the shadows of our own consciousness. Diamonds support wholeness; they support the coming together of the masculine and feminine nature within, which is truly the inner marriage for which their first connection with ceremony must have taken root.

Bloodstone is the gem which supports the trials which come with pioneering a new way. It is the companion of hardship and the touchstone of courage. In Ancient Egypt the stone was thought to assist one in defeating those who would thwart them in battle and these stones were also carved as divinatory devices to help to see what lay ahead. Likewise, known by its other name “heliotrope,” bloodstone was seen as a manifestation of the sun in physical form, acting as a guide to light the way - what better talisman for an Aries nature?

Bloodstone has been thought by many to impart its owner with an increase in strength and fortitude, much needed qualities to the one who breaks new trails and seems to have no outside supporters. The Aries personality is often alone due to this quality of looking where others may not, and running into the unknown wildly and with abandon.

The natural born leaders, Aries people do well with both Diamond and Bloodstone in their medicine pouch to assist them in continued confidence and sloughing off the judgment that often comes to those who lead the pack. An optimist by nature, Aries individuals tend to look to the bright side of things, which allows them not to be swayed by the opinions of others. Diamonds support this state of mind as they help to activate the crown chakra as well as inspiration and a sense of faithfulness to oneself. Bloodstone helps to heal up any wounds that might try to be inflicted upon Aries in their quest for something new.

One who is wishing to obtain more of the qualities of the Aries nature would do well to wear diamonds as they assist one to take whatever emotion is being cultivated and amplify it into the field all around.  So if positivity were the goal, diamonds worn by the one choosing to refine this state of mind would find their feelings increased and multiplied. However, if using it for this purpose it is important to remember that diamond is the amplifier of all things – so one would take care to remove it when experiencing some more “negative” emotions so as to not increase the dismay as well.

An Aries person, though full of initiative and fire for the new, may feel, at times, a bit exhausted and the need to recharge. Diamonds and Bloodstones both offer great support in this case, and can be made into a gem elixir to drink for renewed energy and the alleviation of anxiousness.

Whether you have strong Aries influence in your chart or are simply doing your best to navigate the energies of the season, Diamonds and Bloodstones are here to support the process by increasing clarity, strength and vision. Any place you find Aries in your chart can benefit from a meditative reflection with one or both of these stones to bless your path with courage and inspiration ever stronger. 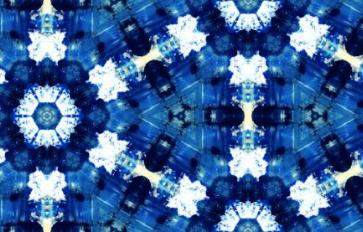 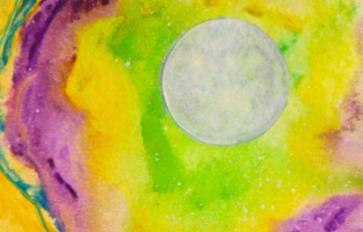 Read More
Astrology, full moon, scorpio
Plan For Positive Progress At The Full Moon On May 18
by  Laurie Baum 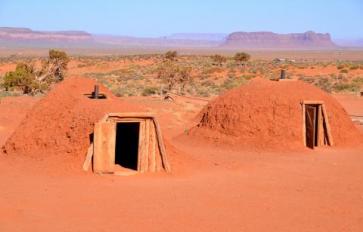 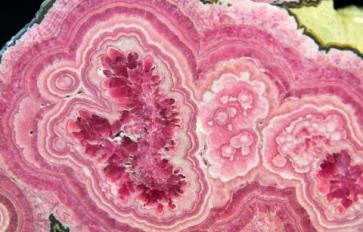 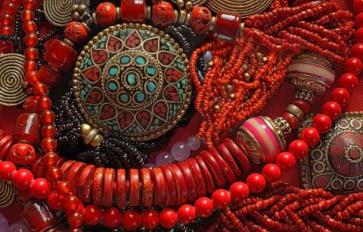 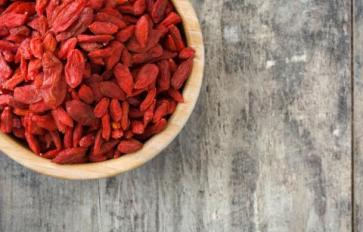