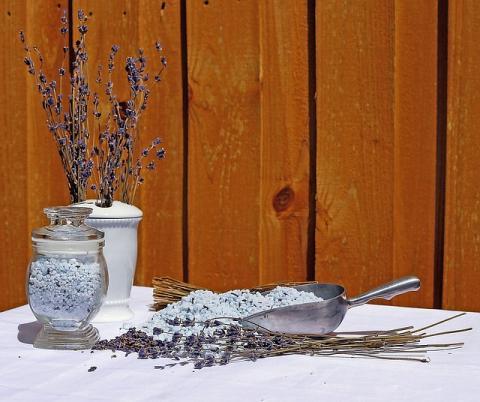 There are many forms of therapy out there that do not involve lying on a couch in a stuffy office lined with bookshelves. Salt therapy is one of them. Designed to treat skin and respiratory problems, salt therapy can heal the body and restore balance.

Also known as halotherapy – 'halo' is Greek for salt – salt therapy has been around since the mid-1800s. It was during this time that a correlation was made between salt miners and a reduction in respiratory problems. Finding that salt had magical healing powers for respiratory issues, salt therapy was born.

So how does it work? Salt vapor is used as a remedy. Involving a salt room, or salt cave, the walls are lined with just that, salt. A “salt vaporizer pumps dry aerosol salt vapor in the air,” allowing you to breathe it in. What the salt vapor does is clear out your respiratory system. Asthma, bronchitis, general cough, and allergies have all been treated with salt therapy.

Salt therapy works because salt is able to kill bacteria, reduce inflammation, and produce a negative electron charge. These negative ions have been linked to increased energy, reduced stress and depression, and headache relief. Along with these benefits, salt therapy can improve skin irritations.

If you have ever used a Neti Pot, it's a similar concept. Breathing in the salt clears your respiratory system, allowing you to breathe once again. If you find yourself having some respiratory problems, visit your local salt spa and see what salt therapy can do for you.